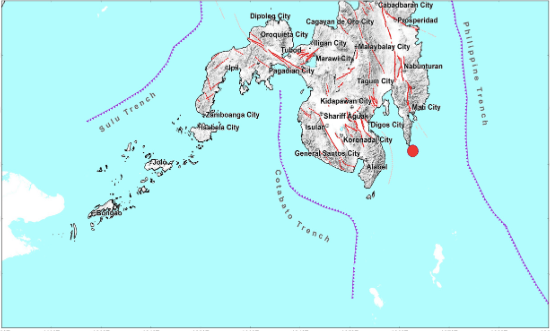 The tremor, which was tectonic in nature and at a depth of 61 kilometers, struck east of Governor Generoso town in Davao Oriental at 4:01 am on Saturday.

Phivolcs said no damage was expected following the earthquake but aftershocks were anticipated.

Phivolcs initially reported a magnitude 5.9 earthquake but revised it to magnitude 5.6 in its latest bulletin, issued at 5 am.