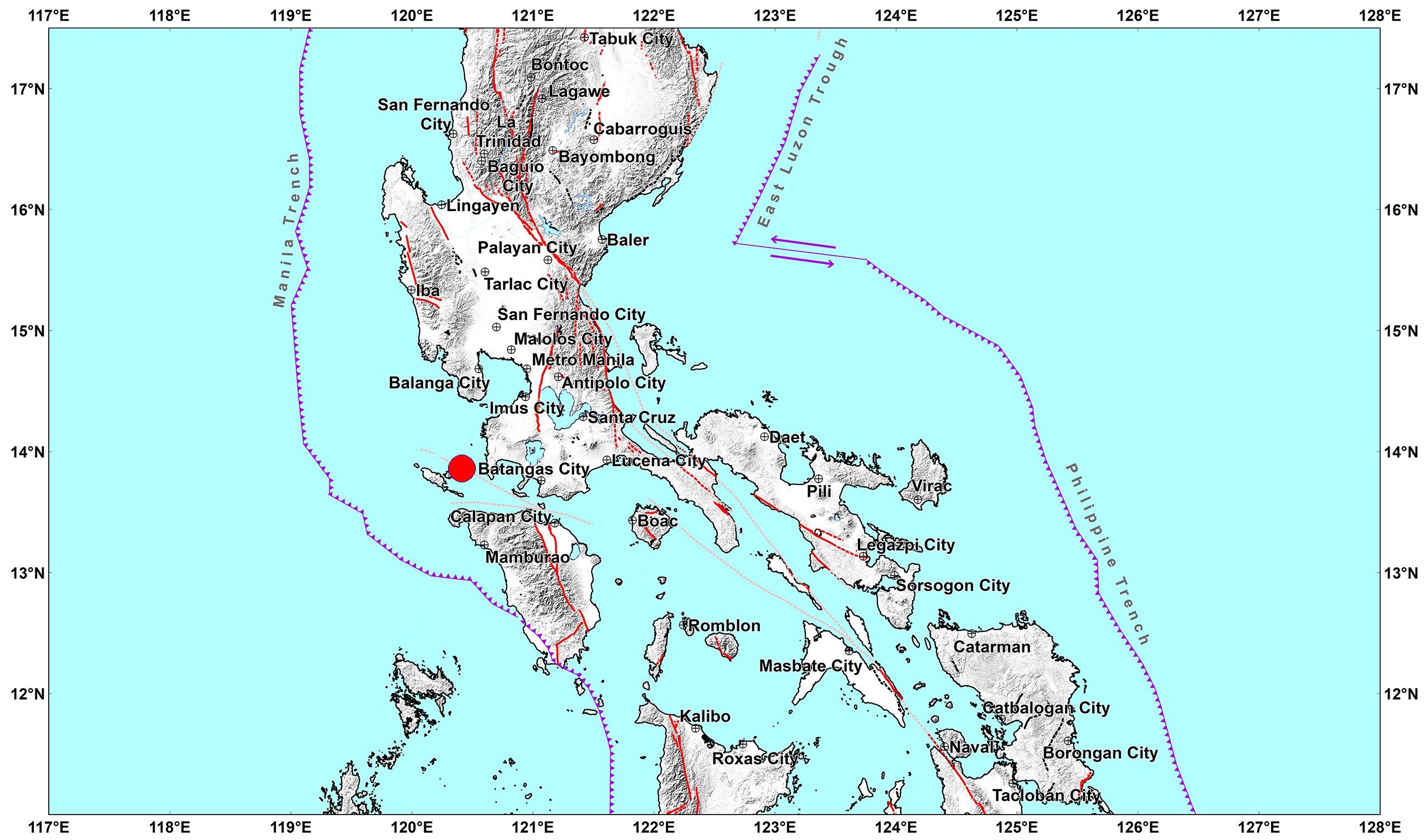 Facebook Twitter Copy URL
Copied
(1st UPDATE) Phivolcs warns that damage and aftershocks are expected from the earthquake that struck 1:12 am on Monday, September 27

A magnitude 5.7 earthquake struck off Looc, Occidental Mindoro, at 1:12 am on Monday, September 27.

The Philippine Institute of Volcanology and Seismology (Phivolcs) warned that damage and aftershocks are expected.

Intensity IV (shaking is moderately strong, felt generally by people indoors and by some people outdoors)

Intensity III (shaking is weak, but felt by many people indoors and some may experience dizziness or nausea)

Intensity I (shaking is scarcely perceptible)

Phivolcs said the earthquake was at a depth of 76 kilometers.

Moments after the tremor, Rappler followers in Metro Manila, Calabarzon, and Central Luzon had described the earthquake as strong.

There were no immediate reports of casualties or damage early Monday. (READ: How to prepare for earthquakes during the pandemic) – Rappler.com