IN HIDING. Veteran anti-drug operative Eduardo Acierto surfaces again through a video sent to the media on November 7, 2021.

Facebook Twitter Copy URL
Copied
(1st UPDATE) 'If my report on Michael Yang and Allan Lim was not blocked, the corruption at Pharmally would not have happened,' says veteran anti-drug operative Eduardo Acierto 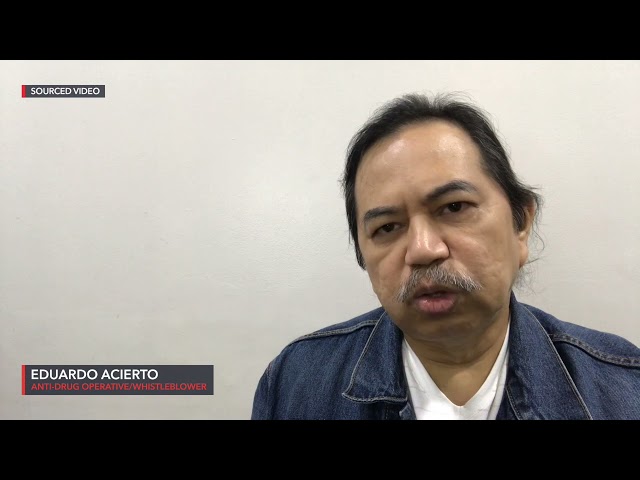 Acierto sent a 10-minute video to Rappler on Sunday, November 7, recasting his allegations against Yang, President Rodrigo Duterte, and his administration: that he found Yang to be involved in illegal drugs and the Duterte administration shrugged it off and persecuted him for it. Even the same Senate that he addressed the video to dismissed him in 2018.

Acierto first surfaced from hiding in March 2019, speaking to reporters about his intelligence report against Yang. Gordon dismissed him, as he did in 2018.

“We had an executive session (in 2018), he gave a name, Michael Yang who is apparently with the President. He (Acierto) did not show anything about what he (Yang) did. All that he was saying had no evidence,” Gordon said in a statement to the media in March 2019.

In a radio interview at the time, Gordon said Acierto was only framing himself as a witness “to use” the Senate blue ribbon committee, and “to win sympathy.”

Fast forward to September 2021, the Senate blue ribbon committee led by Gordon was mentioning the claims of Acierto against Yang as they probed Pharmally – the Duterte government’s biggest pandemic supplier that is hounded by irregularities.

In the video, Acierto made the case for him to be a witness once more.

“If my report on Michael Yang and Allan Lim was not blocked, the corruption at Pharmally would not have happened. No money would have been stolen from the country,” Acierto said. 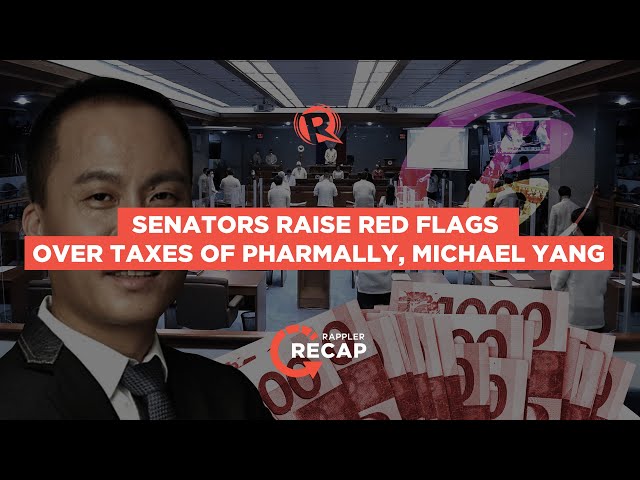 On Monday, November 8, Gordon countered Acierto’s claim that the Pharmally scandal would not have happened had the blue ribbon committee not block his report on the alleged drug links of Yang and Lim.

“That is not accurate. No report or testimony was ever blocked from being displayed to the public,” Gordon said in a statement.

Gordon said that in December 2018, Acierto showed him photocopies of documents linking Yang to the illegal drug trade. The senator then asked Acierto to present documents so they could be cross-examined, but the anti-drug operative “did not appear and went incommunicado then.”

Gordon said he then advised Acierto to execute and submit an affidavit to the blue ribbon committee before senators can grant his request to join the Pharmally investigation.

“We nonetheless confirm that Acierto, through an emissary in the Senate, is now ‘more than willing’ to testify on Yang’s alleged drug involvement in the course of the current investigation on the alleged anomalous transactions on the use of the pandemic funds,” said Gordon.

Yang has denied the accusations made by Acierto in his report through the Senate hearing. The Duterte government, meanwhile, believes Gordon’s hearing was politically motivated as the elections draw near. – Rappler.com