CHECKPOINT. Members of the Quezon City PD set-up a quarantine control point at the boudary of Quezon City and Rizal Province along the Batasan-San Mateo bridge in Quezon City on August 2, 2021.

Facebook Twitter Copy URL
Copied
The changes in the scheme, as well as its new requirements, are announced a day before the implementation of ECQ

After announcing that the use of private vehicles for fetching authorized persons outside of residence (APORs) would be prohibited during the strictest lockdown in Metro Manila, Philippine National Police (PNP) chief Police General Guillermo Eleazar flip-flopped and announced on Thursday, August 5, that the police will now allow the scheme.

The PNP chief said the fetching scheme will come with certain requirements.

No ‘hatid-sundo’ for authorized persons during ECQ in metro, says PNP chief 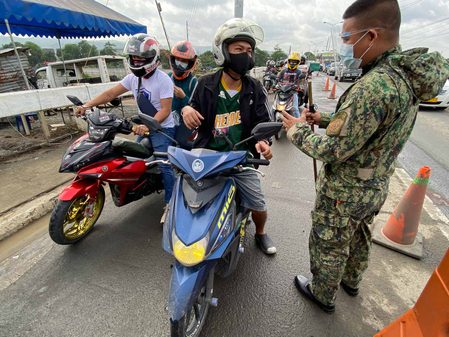 (Now, we will allow these non-APORs to drive and fetch. Not only for the health workers, but for other worker APORs as well.)

On Wednesday, Eleazar said the reason for the restriction was because the practice of fetching with private cars could be abused. Eleazar also argued that public transportation would still be available during the enhanced community quarantine (ECQ) period from August 6 to 20.

However, a Social Weather Station report in May 2021 said that 42% of Filipinos who are still working outside of their homes said going to their workplaces was much harder than before the pandemic. 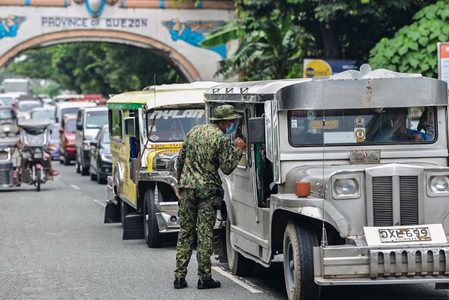 The public utility vehicles’ capacity would also decrease because the interior department ordered that only one passenger would be allowed in a tricycle during the lockdown in Metro Manila.

On Wednesday, the Commission on Human Rights (CHR) reminded the PNP of the negative implications of the “no-fetching” rule. The CHR suggested that the PNP could issue documentary certificates instead to prove that the passengers and the drivers were indeed APORs, rather than entirely banning the fetching scheme.

What are the requirements?

The police chief explained that the requirements for drivers who will fetch APORs would be issued by employers, and not by the authorities. The announcement was made exactly a day before the implementation of ECQ.

(First, we considered that it’s already ECQ tomorrow. We don’t want red tape that the police and village guards would issue the certification. They have a lot of work.)

According to Eleazar, the requirements for non-APOR drivers are as follows:

Aside from strict rules on vehicles, 8 pm to 4 am curfew hours would also be implemented in Metro Manila as a response to rising COVID-19 infections. Quarantine passes would be required again, according to the interior department.

As of August 4, confirmed COVID-19 cases in the country reached 1.6 million, with over 28,000 deaths related to COVID-19 complications. – Rappler.com