Roxas on Binay SONA: ‘Not right’ to politicize SAF 44

Aug 3, 2015 8:30 PM PHT
Bea Cupin
Facebook Twitter Copy URL
Copied
(UPDATED) The Vice President ended his speech by naming each of the fallen police commandos and saluting to a mural of the SAF 44 that served as his backdrop during his speech 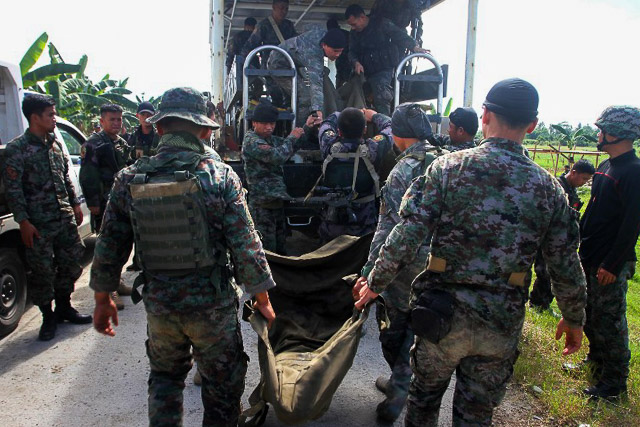 Liberal Party president-on-leave Manuel Roxas II criticized Vice President Jejomar Binay for hitting the same government he was part of, but said the “worst” part of his so-called “True State of the Nation Address” (SONA) was when he politicized the death of 44 elite cops.

(For 5 years, he was part of the Cabinet that he’s saying now is a failure. But worst of all, he politicized the heroism of the SAF 44.)

In a speech delivered a week after President Benigno Aquino III’s last SONA, Binay hit the government for its supposed indifference toward the plight of regular Filipinos, the “SAF 44” included.

“At sa kaso ng ating mga bayani gaya ng SAF 44, nananatiling mailap ang hustisya para sa kanilang mga pamilya,” said Binay, who made mention of the SAF 44 several times during his 40-minute speech. (In the case of our heroes like the SAF 44, justice remains a distant dream for their families.)

In contrast, Aquino made no mention of the SAF troopers during his last SONA. 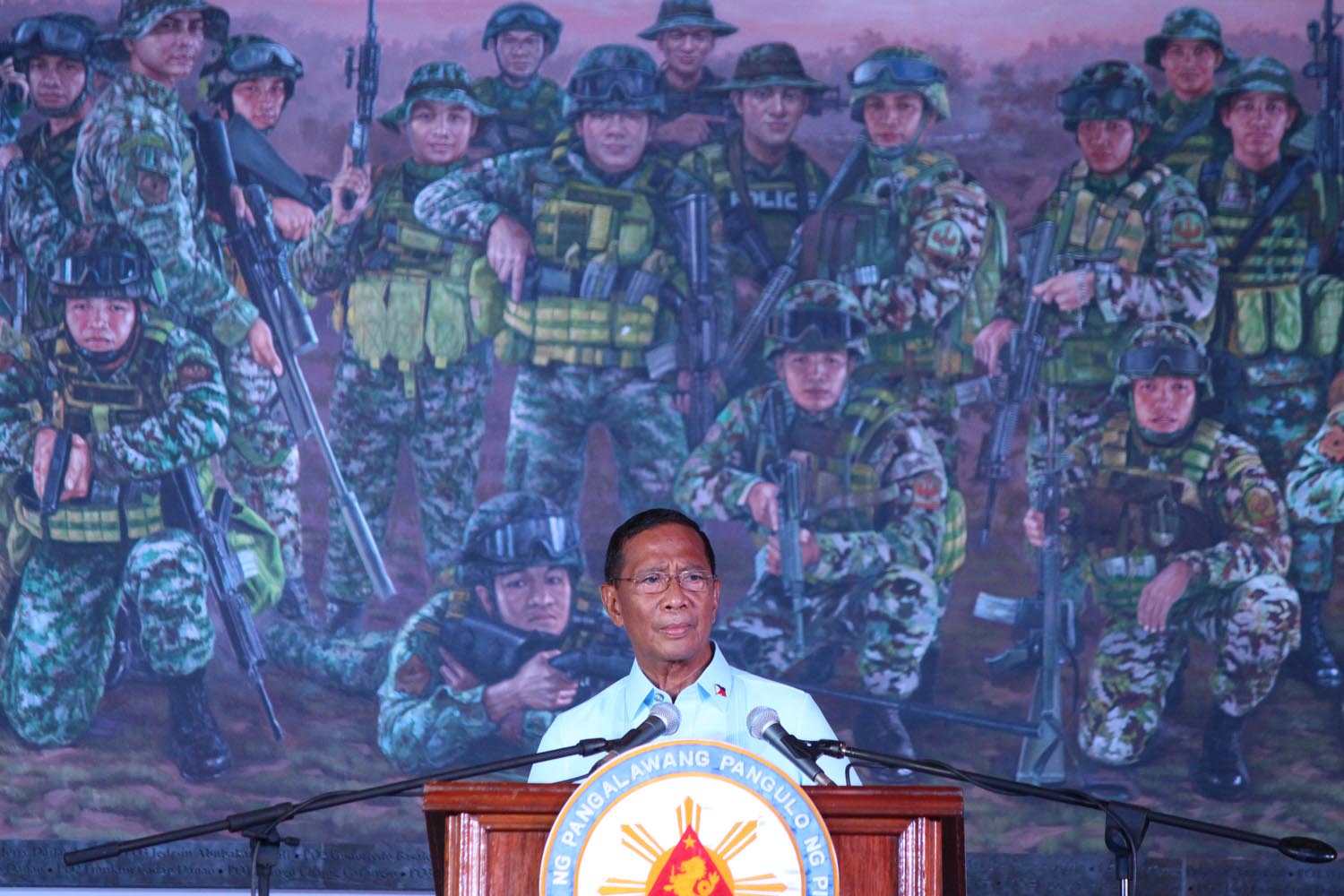 The Vice President, who is the 2016 standard-bearer of the opposition United Nationalist Alliance, ended his speech by naming each of the 44 and saluting to a mural of the police commandos that served as his backdrop during his speech.

The SAF 44 are among the more than 60 Filipinos slain during a botched police operation in Mamasapano, Maguindanao, in January. At least 5 civilians and close to 17 Muslim rebels also died as a result of the encountered triggered by “Oplan Exodus.”

Exodus is the bloodiest operation in Philippine National Police (PNP) history and is the worst crisis to hit the Aquino administration. The President was heavily criticized for his supposed indifference toward the suffering of the SAF families and his alleged involvement in the planning of the operation.

Roxas, who as DILG chief has administrative oversight of the PNP, was kept in the dark and only knew of the operation after the casualty counts came in.

The Liberal Party stalwart later admitted to Rappler that while the clamor for him to step down as DILG chief was intense during that time, he decided against it because it was a “selfish” move to use a tragedy to possibly boost his political standing.

On Tuesday, August 4, Binay’s spokesman Joey Salgado said the Vice President was only giving the SAF 44 the remembrance and recognition that they deserved for their heroism.

(If Secretary Roxas considers this politicking, I’d think what’s worse is his going around the country talking to the families of the victims but with media in tow. And what’s callous is to choose to forget their sacrifice.) – Rappler.com