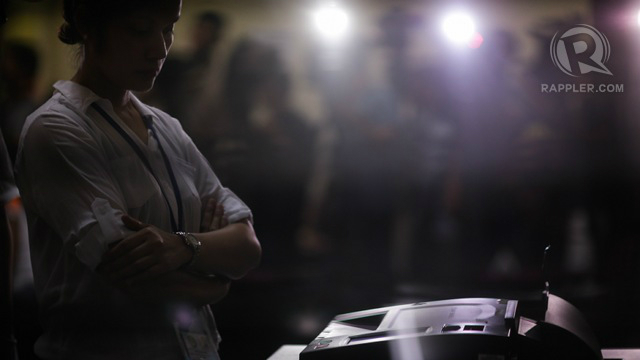 MANILA, Philippines – Election watchdogs have requested the Supreme Court (SC) to cite the Commission on Elections (Comelec) in contempt for refusing to refurbish old vote-counting machines for the 2016 elections.

Speaking to Rappler, election reform advocate Melchor Magdamo on Wednesday, August 26, said the contempt charge is based on the Comelec’s disobedience of an SC ruling.

Magdamo explained that the SC, in a ruling in April, said the Comelec should subject the refurbishment of 82,000 precinct count optical scan (PCOS) machines to a “proper” public bidding.

Citing this SC ruling, Magdamo on Wednesday slammed the Comelec for a recent failed bidding for the refurbishment of PCOS machines.

He referred to Smartmatic’s refusal to join the bidding because of time constraints.

“What Comelec did was a sham bidding wherein the bidder, Smartmatic itself, did not even join the bidding,” the lawyer explained.

Because of this, Magdamo and a fellow election reform advocate, Leon Peralta, filed a motion before the SC on Tuesday, August 25, to cite the Comelec in contempt.

Magdamo was the executive assistant of former Comelec chairman Jose Melo, while Peralta was the founder of a movement against traditional politics.

The Comelec, for its part, earlier decided not to refurbish the old PCOS machines also because of time constraints.

‘Pushing Comelec to the edge’

Guanzon said: “Their refusal to participate in the bidding for the refurbishment of the existing PCOS machines is, to my mind, pushing the Commission to the edge so that it is left with no choice but to award to Smartmatic JV the Lease with Option to Purchase of the 70,977 OMR units, which it bidded for P6,286,382,682.72 ($134.69 million), and which it would not have preferred over the less costly refurbishment of the existing PCOS machines.”

These issues erupted after the Comelec, under then chairman Sixto Brillantes Jr, did away with a public bidding when it awarded a P268.8-million ($5.76 million) refurbishment deal to Smartmatic in February.

The SC nullified this deal because of the absence of a public bidding.

In their motion filed Tuesday, Magdamo and Peralta said a previous contract obliges Smartmatic to repair the old PCOS machines under a warranty.

Magdamo and Peralta pointed out that instead of requiring Smartmatic to repair the PCOS machines, the Comelec decided to lease 93,000 new machines from Smartmatic.

The two advocates said: “Why must Comelec pay Smartmatic instead of vice versa? Smartmatic must refurbish for free. Why is the warranty upside-down?”