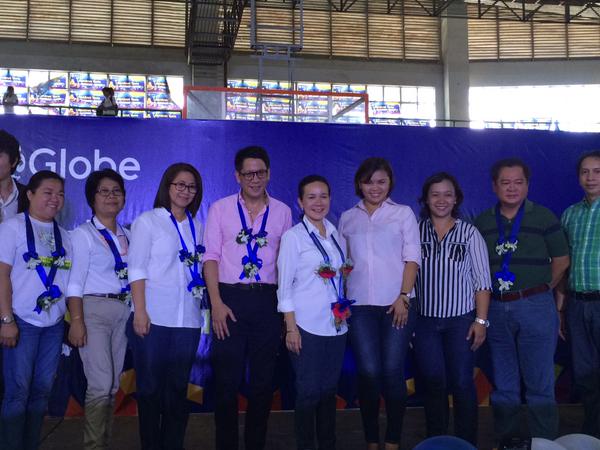 The two also did radio interviews together. Romulo said it was Poe who invited her to the event. After all, Poe said “it is good to have a companion who would push for the rights of the youth,” one of the apparent anchors of Poe’s campaign.

Romulo earlier said he is considering running for the Senate next year but it is important to get the pulse of the people first.

(Yesterday we saw each other at the birthday celebration of Congressman Dong Mendoza. She mentioned she has an education forum to attend. As chairperson of the House Committee on Higher and Technical Education, it is good that I could help in encouraging our youth that the national government has a lot of help to offer them.)

Poe, for her part, admitted she and Romulo are talking about the possibility of the LP member’s run but did not give further details.

The LP is eyeing Poe to be the running mate of administration standard-bearer Manuel “Mar” Roxas II but Poe is widely believed to be keen on running for president herself.

While Poe has yet to officially declare her candidacy, she has already started visiting the vote-rich provinces of Cebu, Pangasinan, and Nueva Ecija.

In her provincial sorties, it was clear she is targeting the youth vote if and when she runs for higher office.

In every province, Poe took the opportunity to address the citizenship and residency issues hurled at her.

It is no surprise Poe sees these visits as a “big help” to her possible bid. After all, she had earlier admitted that she is already working on her platform.

In Zamboanga, for instance, Poe said she asked displaced residents and the business sector on their views on the controversial Bangsamoro Basic Law.

(If ever [I decide to run], this will be a big help. This is part [of the process] because if I decide to run and they would ask me what I think is the solution to a certain problem, I might not know it.) – Rappler.com