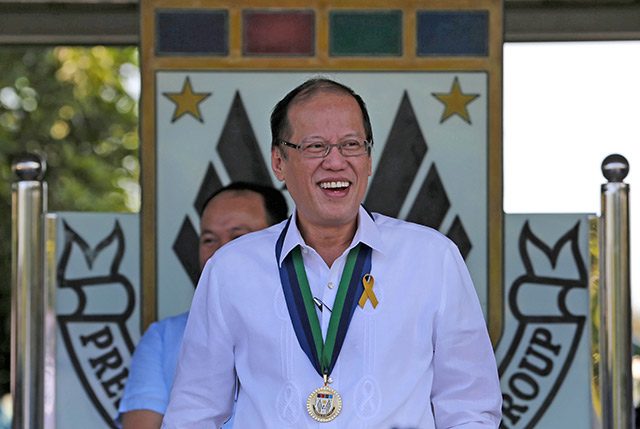 Facebook Twitter Copy URL
Copied
The President has said he is not giving up on Poe to join the Liberal Party, even as he and the LP criticize the senator for her inexperience in government service

MANILA, Philippines – Amid talks of Grace Poe’s definite decision to gun for the presidency in 2016, President Benigno Aquino III said they are not bothered by the senator’s expected declaration this week.

Talks are rife that the neophyte senator is set on declaring her presidential bid on Wednesday, September 16, at the Bahay ng Alumni in the University of the Philippines Diliman in Quezon City. (READ: Grace Poe to declare candidacy on September 16?)

“Worried? Why should we be worried of her announcing her plans? We really would like to hear what she says. Are we worried? No, we are not worried,” Aquino told reporters on Monday, September 14, in Iloilo City.

Aquino earlier said he and the ruling Liberal Party are not giving up on Poe until the deadline for filing of ceritificates of candidacy in October, even as they continue to criticize Poe for her inexperience in government service. (READ: Aquino on Grace Poe: #SaTamangPanahon)

The LP has repeatedly invited the front runner in presidential polls to be the running mate of administration standard-bearer Manuel “Mar” Roxas II, but Poe has so far been cold to the idea.

The President said the LP is moving past the traditional way of personality politics and that whatever Poe’s announcement would be, they would focus on the platform not on the person.

“I think the party stands on a particular platform. We are moving away from personality politics to platform-based politics. So whatever her announcement is, we still insist that ‘yung – we still will be advocating governance-based on a first…particular specific platform rather than just – rather just any personality,” Aquino said. – Rappler.com