Neri Colmenares to run for senator under Poe-Escudero 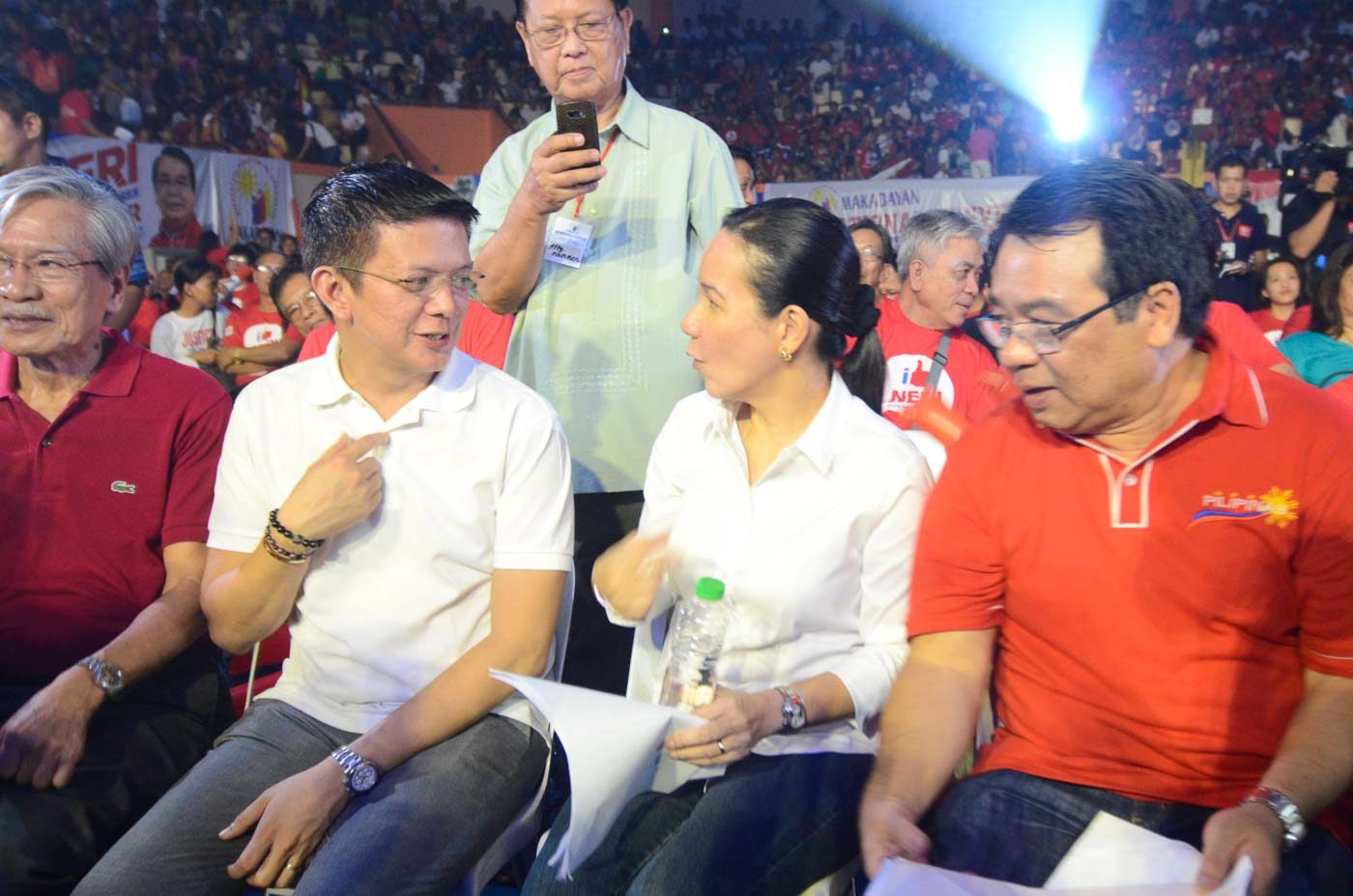 Facebook Twitter Copy URL
Copied
While Colmenares says he is running under 'politics of change,' some people who attended his declaration are old-time politicians

In his speech, Colmenares hit President Benigno Aquino III and administration standard-bearer Mar Roxas while he openly declared his support for the tandem of Senators Grace Poe and Francis Escudero, who, he said, are the front runners in both presidential and vice-presidential preference surveys.

(President Aquino and Mar Roxas chose business over the country. Daang Matuwid has been here for 5 years, did your lives improve? Daang Matuwid is a big lie to the people.)

Colmenares, a 3-term congressman, said he would be running under the principle of “pulitika ng pagbabago” or politics of change.

The leftist leader said he would push for the Freedom of Information law, anti-dynasty law, and policies promoting nationalism.

Poe and Escudero were all praises for him and said Colmenares is needed in the Senate.

“Wala man ako sa tabi nya pero nasa unahan niya ako para tiyakin na maayos ang kanyang tatahakin papuntang Senado,” Escudero said. (Even if I am not beside him, I am in front of him to ensure his road to the Senate is clear.)

He even joked, “Dalangin ko lang po sa pagpasok ni Neri sa Senado sa 2016 ay di na kami magkita roon.” (I only pray that when Neri wins in the Senate in 2016, we would no longer see each other there.)

Poe, for her part, thanked Colmenares and the Makabayan bloc for strongly supporting her in the 2013 senatorial race.

She further said the goals of the Makabayan bloc are in line with her own agenda.

(They are not strangers to me because I have pushed for several laws with them – FOI, food for children, benefits for the poor.)

While Colmenares said he is running to push for change, some people who attended his declaration are old-time politicians, except for Poe.

Former president and now Manila Mayor Joseph Estrada formally endorsed Colmenares for the Senate, even if the Makabayan bloc called for his ouster in 2001.

“Nakikita ko ngayon na nagkakasundo na kami. (I see now that we are in agreement.) Past is past. The weak cannot forgive, but forgiveness is the attribute of the strong. I always forgive. I want to remain strong,” Estrada said.

Colmenares was earlier spotted in an NPC gathering with Poe and Escudero. The tandem is believed to be supported by the NPC.

(But more importantly, I am here to tell you that the Nationalist People’s Coalition, the second largest political party, is supporting the candidacy of Neri Colmenares for the Senate.)

Aggabao told Colmenares he need not campaign in Isabela province, as he is already a sure winner there. After all, Aggabao said Isabela is “NPC country.”

While Aggabao said the party has yet to decide, a source privy to the party’s affairs said NPC is already set on endorsing the two but could not openly do so because some members have to “fix” matters with the ruling Liberal Party. – Rappler.com