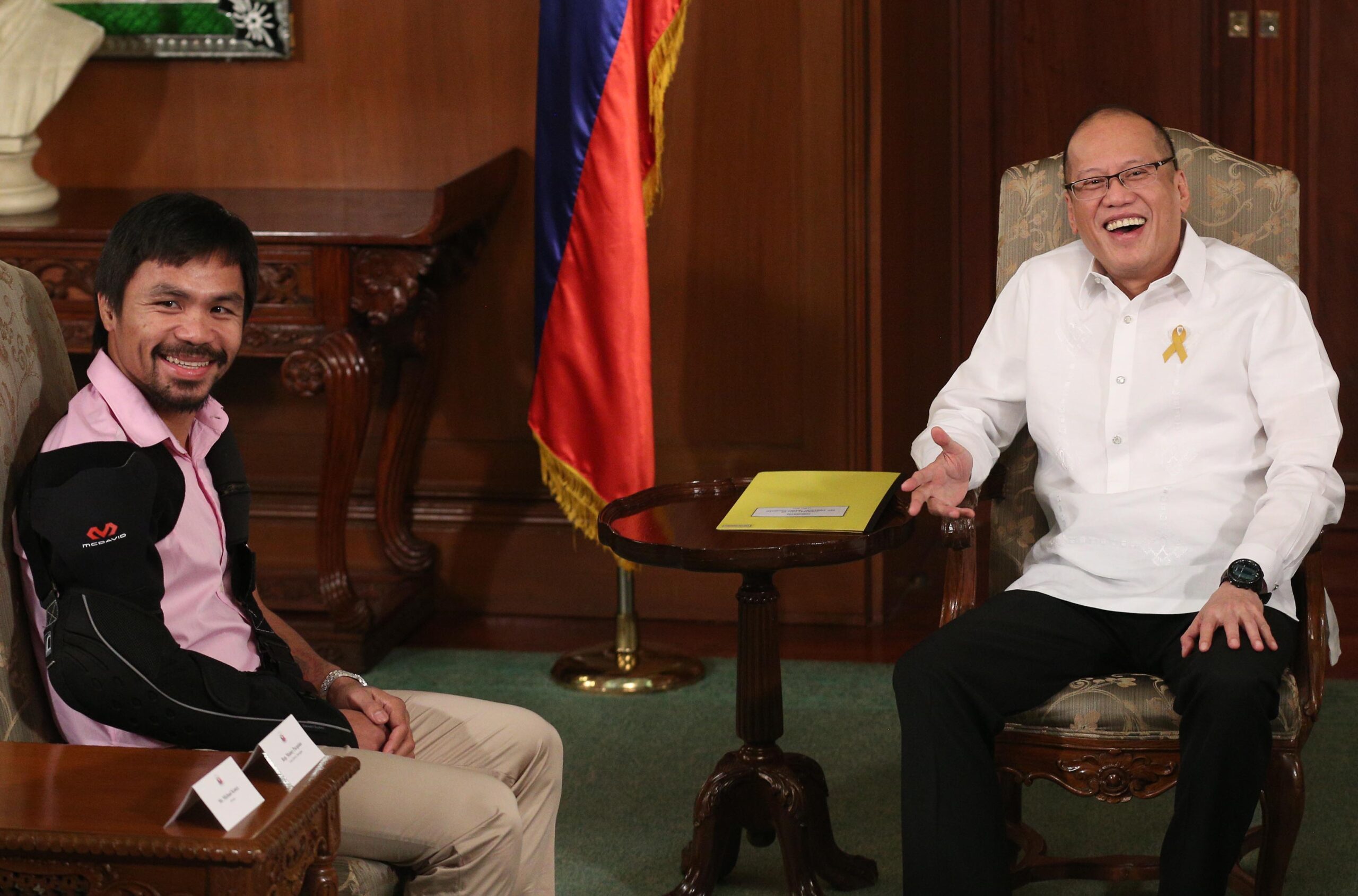 “It’s possible,” said Roxas, when asked if there was a chance for the popular boxer to be part of the LP’s Senate slate. Roxas said he talked with Pacquiao himself “as recent[ly] as two nights ago.”

The LP is set to announce its full Senate slate on Monday, October 12.

Pacquiao had earlier announced he would be running for senator in 2016 but he has yet to decide on which party to run under. Pacquiao was an LP member before he joined the Partido Demokratikong Pilipino-Laban (PDP-Laban) in 2012.

Roxas’ announcement isn’t surprising. His allies have long been trying to woo Pacquiao to jump ship, even before Roxas announced is presidential run.

It was previously thought that Pacquiao would run under the banner of the opposition United Nationalist Alliance (UNA) but his political advisers have supposedly advised him to break away from UNA chairman Vice President Jejomar Binay, who continues to face corruption allegations.

The Sarangani representative was among the key politicians present when UNA was launched in Makati earlier this year.

Based on the latest Pulse Asia senatorial preference survey, Pacquiao has the highest chances of entering the Senate, at least among the senatorial neophytes.

The latest survey places him between 7th to 11th, with 39.6% of respondents saying they would vote for the boxer.

It’s likely that all presidential aspirants – Roxas, Binay, Senator Grace Poe, and Davao Mayor Rodrigo Duterte – would want Pacquiao in their slates, given the boxer’s popularity.

Pacquiao has represented Sarangani, wife Jinkee’s home province, since 2010. The “Pambansang Kamao (national fist)” also has the distinction of being among the top absentees at the House of Representatives. In 2014, Pacquiao only reported to Congress 4 times.

He had two fights – against Timothy Bradley in April and Chris Algieri in November – that year. He won both fights.

Pacquiao recently dipped his toes into the world of professional basketball, playing for a while in the Philippine Basketball Association. – Rappler.com