Marcos son on VP bid: ‘I will lead a revolution’ 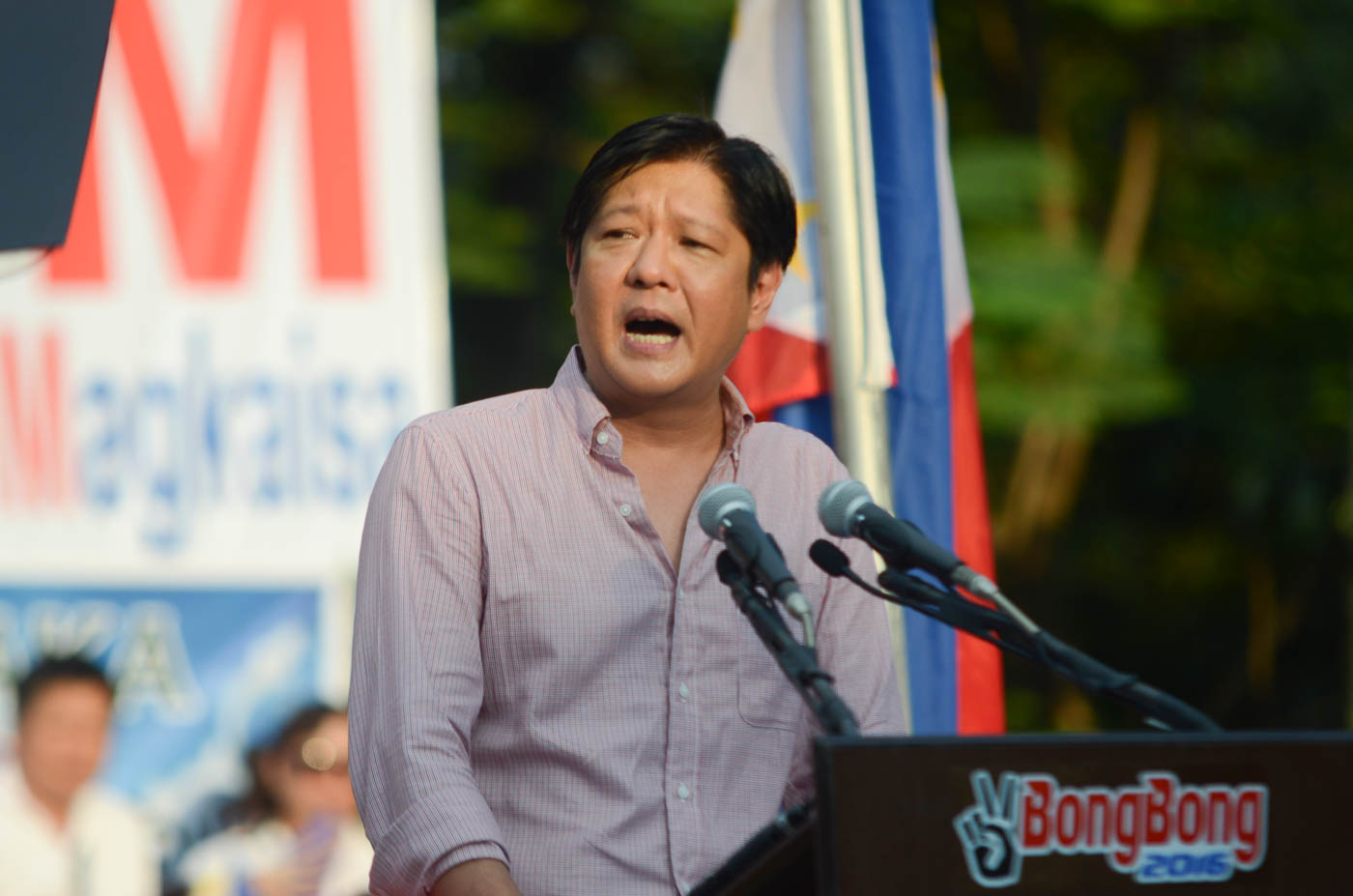 “Sa tulong ninyo at ng bayan, pamumunuan ko ang isang rebolusyon sa puso, isip, at gawa,” Marcos said in front of hundreds of supporters in an open-air venue in Intramuros, Manila. (I will lead a revolution in heart, mind, and action.)

Marcos said he chose to launch his candidacy in Intramuros, Manila, once the seat of the Spanish colonial government, to send a message against President Benigno Aquino III.

Marcos said Intramuros symbolized the heroism of Filipinos who fought for the Philippines’ independence from Spain.

Unfortunately, the senator said, Aquino’s government is squandering these heroes’ gains. He added that present-day corruption, which “kills” the economy, reminds him of the situation in Spanish-era Philippines, when Filipinos themselves murdered their freedom fighters.

These heroes include General Antonio Luna, the subject of a recent popular movie that Marcos cited in his speech.

‘The revolution is not yet over’

Referring to the revolution against Spain, Marcos said: “Hindi pa tapos ang rebolusyon. Hindi pa tayo lubos na malaya (The revolution is not yet over. We are not yet truly free).”

The senator, however, said nothing about the bloodless People Power Revolution in 1986, which ousted his father, the late dictator Ferdinand Marcos, and catapulted the incumbent President’s mother, Corazon Aquino, to the presidency.

Instead, Marcos used his speech to slam Aquino, who won the presidency in 2010 by citing his parents’ legacy.

His speech echoed the sentiments of opposition standard-bearer Vice President Jejomar Binay, even as he has formally declined Binay’s offer to be his running mate.

Marcos, for one, scored the government for the glitch-ridden Metro Rail Transit line 3 (MRT3), the death of the Special Action Force troopers or SAF 44 in Maguindanao, the illegal drug problem, and slow government relief for Super Typhoon Yolanda (Haiyan) victims.

Marcos said the Philippine elections in May 2016 is part of the continuing struggle for freedom from poverty.