Bongbong Marcos on EDSA revolt: It was politics 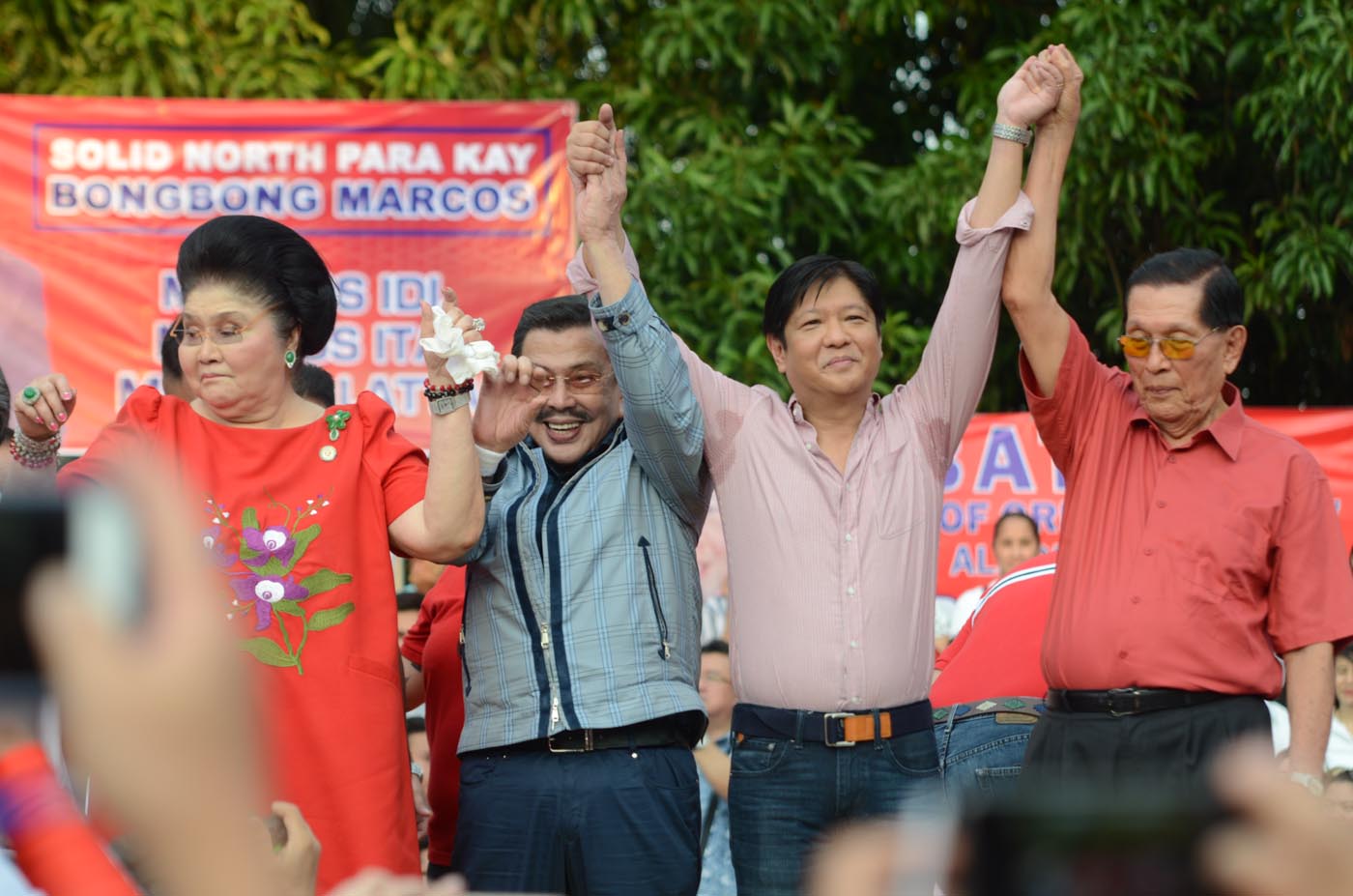 MANILA, Philippines – While harping on the Philippine revolution against Spain until 1898, Senator Ferdinand “Bongbong” Marcos Jr said nothing in his speech on Saturday, October 10, about the uprising that ousted his father in 1986.

He then referred to the new revolution he wants for the Philippines. “Ito ay rebolusyon para maging malaya ang ating bansa (This is a revolution to make our country free).”

This comes after Marcos, in a speech launching his vice presidential bid, referred to the anti-Spain movement to slam the administration of President Benigno Aquino III.

Marcos spoke before hundreds of supporters, including a mix of personalities such as former Marcos defense minister Juan Ponce Enrile, who helped lead the uprising that ousted the senator’s father.

In his speech, Marcos also cited the sacrifices of heroes like General Antonio Luna, the subject of a recent popular movie.

‘I will lead a revolution’

Reporters later asked Marcos about allegations that his father masterminded the killings of other Philippine heroes, among them, Senator Benigno Aquino Jr, the father of the incumbent president.

Marcos brushed aside these claims.

Marcos, for one, delivered a litany of problems hounding the Aquino administration. These include the glitch-ridden Metro Rail Transit line 3 (MRT3), the death of the Special Action Force troopers or SAF 44 in Maguindanao, the illegal drug problem, and slow government relief for Super Typhoon Yolanda (Haiyan) survivors.

Marcos said: “Hindi pa tapos ang rebolusyon. Hindi pa tayo lubos na malaya (The revolution is not yet over. We are not yet truly free).”