Grace Padaca to LP: There must be limit to compromising

Oct 12, 2015 10:30 PM PHT
Raymon Dullana
Facebook Twitter Copy URL
Copied
The former Isabela governor and election commissioner criticizes the Liberal Party for taking in new allies who used to bully and cheat those who were taking the straight path 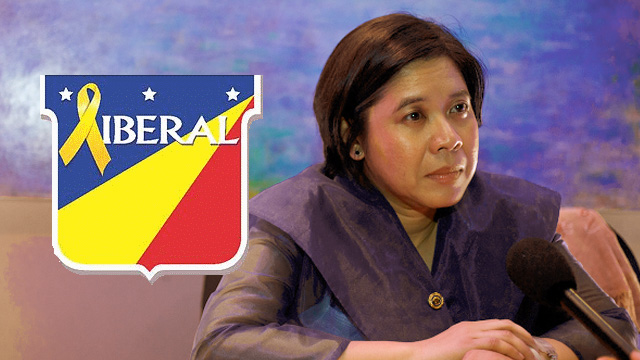 In doing so, the ruling party is “compromising” its “Tuwid na Daan (Straight Path)” slogan.

“I understand compromises are needed sometimes, but they should know when to draw the line, when it’s no longer right. There must be a limit of compromising. Otherwise, the slogan is deceptive,” Padaca told Rappler on the phone on Monday, October 12, the first day of filing of certificates of candidacy.

“How can you go on pushing for straight path when many of the new allies you’re taking in have been ‘anything but’ for the longest time? They were the ones who are bullying and cheating those who are taking the straight path,” Padaca added in a mixed Filipino and English.

Padaca, a former governor of Isabela province, said that many local LP leaders were “unceremoniously dropped – no advance information, much less consultation.”

An obviously angry Padaca earlier questioned, in another Facebook post, the sincerity of Daang Matuwid, the official slogan of the ruling LP.

“Ipagpatuloy ang daang matuwid, pero sino at anong uri ang mga kinakampihan nila at tutulungan sa eleksyon,” Padaca said. (They say let’s continue on the straight path, but who and what kind of politicians are they supporting in the elections?)

Although she did not mention a political party, Padaca, a known ally of President Benigno Aquino III, ran under the LP during the previous elections. It was also Aquino who appointed her to the Comelec.

(They invoke equity of the incumbent even when the incumbent is not straight. No courtesy to those who have been with them all this time. You will just read it in newspapers or see it on TV that they have already dropped you.)

Padaca did not identify which LP members were dropped, but said they are from various parts of the country and not just in Isabela province.

She has posted news reports on Pangasinan Governor Amado Espino, who is being probed for his alleged involvement in the illegal numbers game jueteng, endorsing LP’s Roxas. Espino is fielding his son against former congressman Mark Cojuangco, who earlier said he would likely support Roxas’ rival, Vice President Jejomar Binay.

Padaca also shared a news report that LP dropped one of its officials, Henry Bacurnay, in favor of Francisco Ortega III in La Union province’s gubernatorial election. Ortega belongs to a politican clan that had been in power in La Union for about 100 years.

Padaca earlier told Rappler that her LP colleagues in Isabela were urging her to run against incumbent Governor Faustino “Bodjie” Dy III. She did not say if she’s running under the LP banner.

Padaca said she is not certain if she’s still under LP after she criticized the ruling political party for not sticking it out with long-time allies. – Rappler.com