Oct 12, 2015 4:12 PM PHT
Rappler.com
Facebook Twitter Copy URL
Copied
(2nd UPDATE) If Filipinos would have to pick a president based on today's list, the choices include a vice president, a former Tesda director general, a twice-disqualified presidential candidate, a tricycle driver, and a pastor 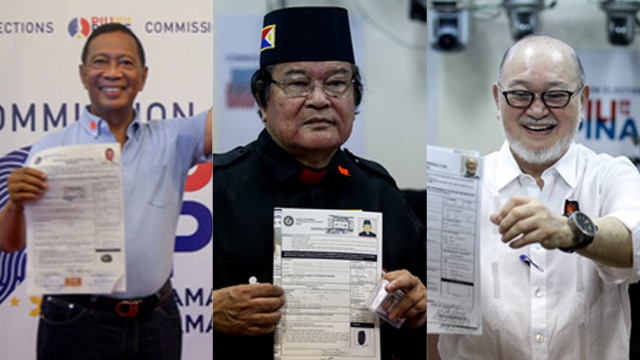 MANILA, Philippines (2nd UPDATE) – The first day of the filing of certificates of candidacy (COC) ended at 5 pm Monday, October 12, with at least 22 candidates filing COCs for a presidential run in May 2016.

Former chair of the Presidential Commission on Good Government Camilo Sabio is also on the list, as well as Sel Hope Kang, the first female presidential aspirant for the 2016 race.

After filing his COC, Pamatong, who was disqualified in the 2004 and 2010 presidential elections, burned a Chinese flag, vowing to defend the Philippines’ disputed territories from China.

Rizalito David, the petitioner in the disqualification case against Senator Grace Poe, also filed his COC on Monday afternoon, just before the first day of filing ended.

The Comelec will decide on whether or not to accept these applications. 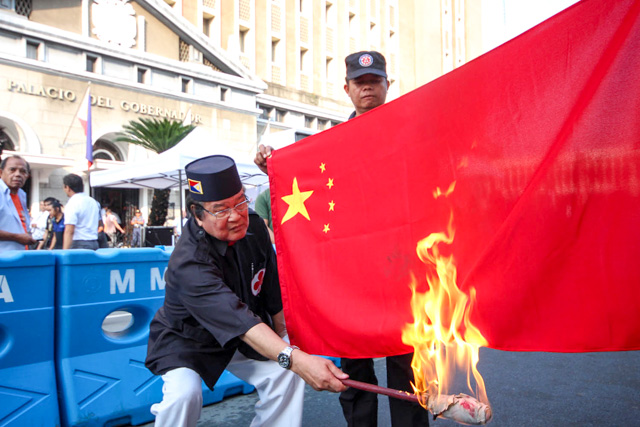 More candidates are expected to crop up in the coming days, including Poe – the presidential poll front runner – and Liberal Party standard-bearer Mar Roxas.

From October 12 to 16, the Commission on Elections central office will accept the filings of individuals who wish to run for national positions, including president and vice president.

One of the candidates, Daniel Magtira, stood out after he wrote in his COC that he is married to Kris Aquino.

Check out who are running for national and local positions: LIST: Aspirants for 2016 elections