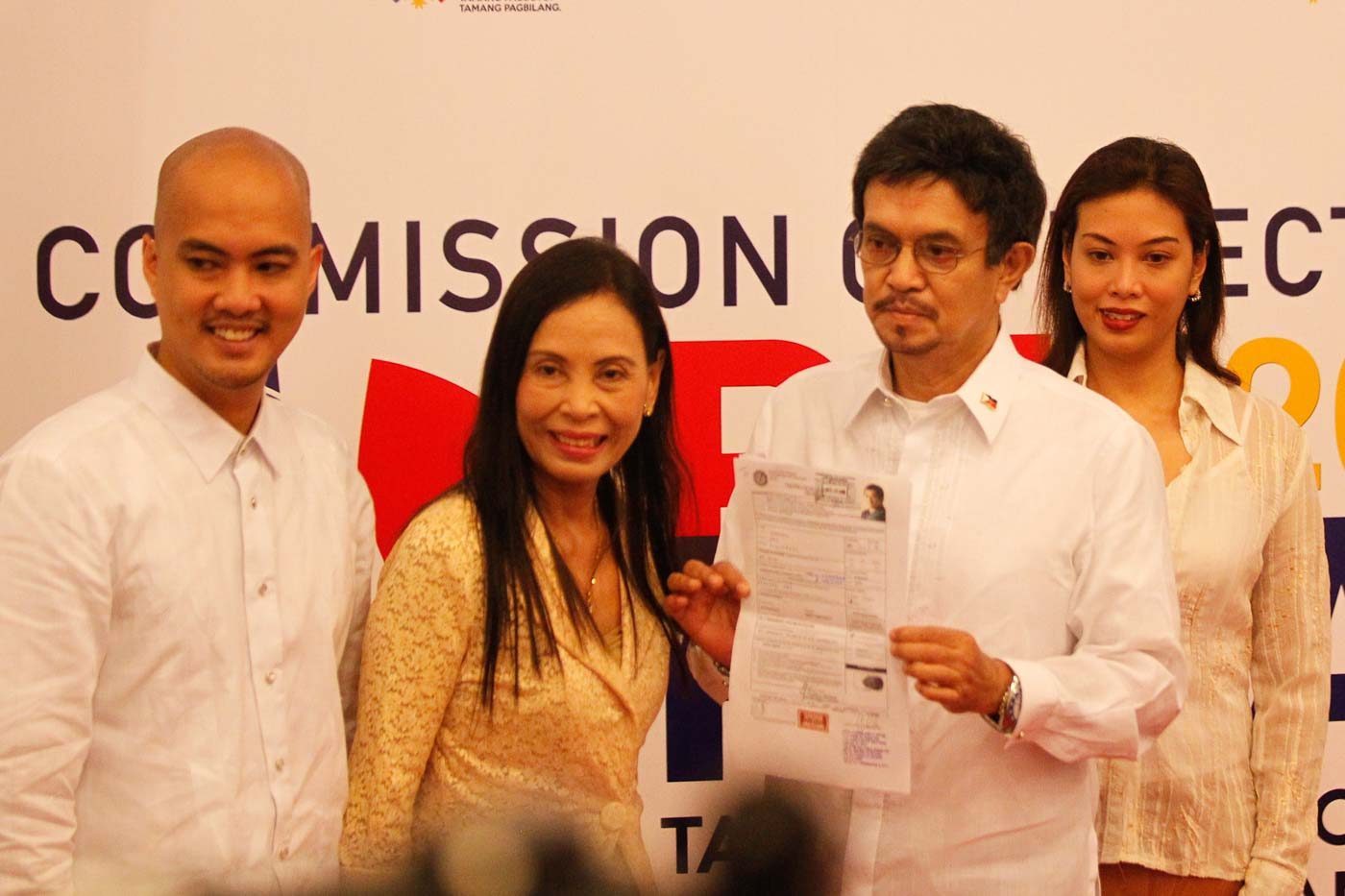 Facebook Twitter Copy URL
Copied
The former ambassador says he expects OFWs and grassroots groups to support his bid. He won't accept contributions from big corporations since he would 'take the cudgels' of exploited workers.

Speaking to reporters after he filed his COC, Señeres said he would strive to end contractualization as this is “against the Constitution.”

Contractualization is a system popular among Philippine employers, where they can hire temporary workers and pay them lower wages than regular employees.

While workers are supposed to be temporary, many Philippine companies hire workers for a specific period of time, are let go, then rehired – which allows employers to maintain contractual laborers for longer periods of time.

Señeres said if he will be elected president, he would “immediately issue an executive order providing security of tenure to employees.”

Señeres said he hopes he won’t be considered a nuisance candidate this election, and cited his service in Congress. He said in a news conference on October 8 that he has a “complete slate” for the Senate race.

Señeres graduated from the University of Santo Tomas in 1967 with a BA in political science and from San Beda College of Law in 1971. He served as the labor attaché to Washington DC from 1990 to 1993, and ambassador to the United Arab Emirates from 1994 to 1998.

The party-list representative said he would not accept contributions from big corporations, as it would be a conflict of interest since he would “take the cudgels” of exploited workers.

He said that OFWs promised to contribute to his campaign, and that he will try to fund his campaign through grassroots support.  – with reports from Michael Bueza/Rappler.com