Rodrigo Duterte: Sorry, I will not run for president 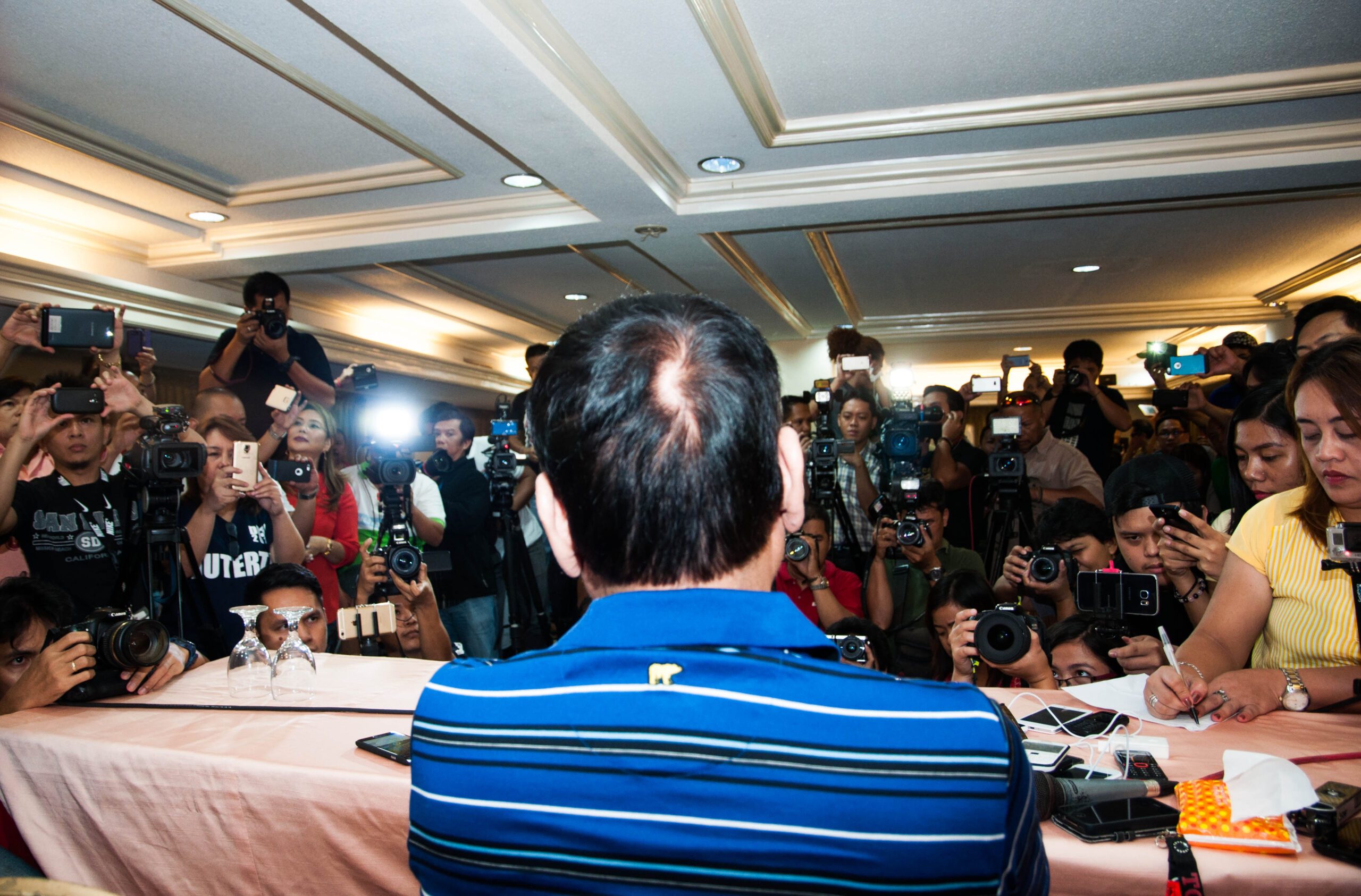 Facebook Twitter Copy URL
Copied
A teary-eyed Duterte is given 2 prepared statements. At the last minute, he chooses to read the one that says he's not seeking the highest post in the country

DAVAO CITY, Philippines (UPDATED) – Rodrigo Duterte says he will not run for president in the 2016 elections.

Ending weeks of speculation, he announced this during a press conference in Davao City on Monday afternoon, October 12. This is the second press conference he has called to confirm he is not seeking the presidency.

It comes weeks after telling supporters that he would do “soul-searching” in order to come up with a final decision on his 2016 plans.

He also expressed his desire to bow out of public life – but only if his daughter Sara will agree to run for mayor of Davao City again.

“The country does not need me. I find no need for it (the presidency),” Duterte said tersely inside a jampacked room at the Grand Men Seng Hotel.

People came to the press conference – called only Monday morning – expecting him to actually announce his presidential bid.

“I am sorry to disappoint those who spent much and worked hard and long in support of me as I went around the country espousing the benefits and advantages of federalism,” the teary-eyed Davao City Mayor began reading his statement. The one that he didn’t read, still in Piñol’s hand, would have been an 11-page acceptance speech had he decided to run. (READ: Rodrigo Duterte: ‘I am in a quandary’)

Duterte said instead of seeking a national position, he would end his political career as a public servant of his hometown.

“Time and again, those who believed in me and in the cause that I advocated and continue to advocate, advised me to go for the country’s presidency because that is the destiny that awaits me. But I believe that my destiny is to end years and years of public life in the service of Davao City and every Dabawenyo.”

Duterte said the political plans of his daughter, Sara, would determine his as well. If Sara decides not to run for Davao City mayor, he might run for the post again.

“Thus, if Inday Sara agrees to run for Mayor, I will retire at the end of my term in 2016. If she does not, the option to be Mayor again is on the table,” he said.

He said he will fade into the night and find “comfort in the thought that this is indeed a beautiful day to end a wild dream.”

‘You owe them nothing’

Piñol believed that the thought of Sara not running for mayor of Davao City weighed on Duterte’s decision.

Sara made herself scarce from the public and did not answer calls and text messages from her father. She was the one most strongly opposed to her Duterte’s presidential bid.

Piñol said Duterte was already set to run for president last week, as many of the president’s advisers said in private.

But the absence of trusted friend and longtime adviser Leoncio Evasco, mayor of Maribojoc town in Bohol, was already an ominous sign Duterte was going to disappoint the local media.

Evasco left for Bohol Monday morning before the press conference.

Before reading his statement, Duterte urged the local press to listen intently to what he was going to say and added that the letter sent to him by Sara had bearing on his decision.

Sara, he said, did not want him to run for president.

“You owe them nothing,” he quoted the last paragraph of Sara’s letter to him.

The maverick city mayor said he had been very “local” and had repeatedly declined any appointive post in national government. He had refused offers from at least 3 presidents in the past for him to run for senator.

“There was no ambition for me to aspire for the presidency…. I guess it is fate that wills our long journey together should end this way,” Duterte said in his statement that stunned many local members of the press who were expecting he will run as many were expecting him to announce. – Rappler.com