On Monday, October 12, Karla Mercado filed her certificate of candidacy to become the runningmate of acting Mayor Romulo “Kid” Peña Jr. They are running under the administration’s Liberal Party. (READ: Kid Peña: I don’t consider the Binays as my enemies)

She told Rappler she only asked Peña for a chance to do field work for the city’s Social Welfare Department if he wins in the 2016 elections. But the acting mayor had other plans.

(When the time came that we were able to talk and he offered me the position, of course, I wanted it. Why not? It’s about time the people of Makati know how true service feels like.) 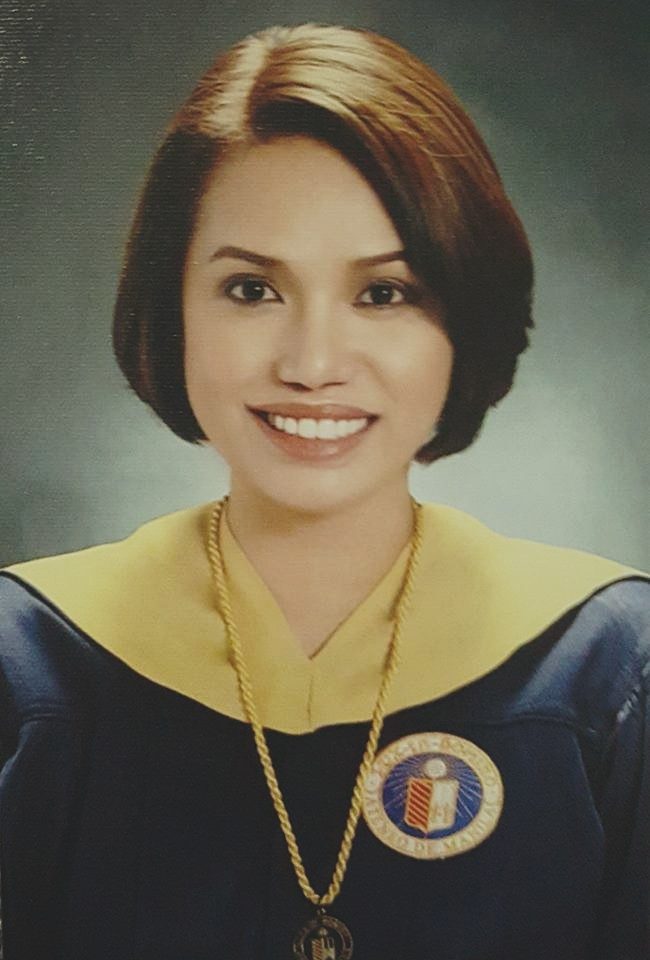 The young Mercado is a political neophyte but she does’t think it should be a hindrance for her. She said she had been exposed to public service when her father served as Makati vice mayor and when her sibling became Sangguniang Kabataan president.

(Apart from being with my father and sibling, I have completed my studies. I finished communications arts at the College of the Holy Spirit Manila and also took my masters in public management at the Ateneo School of Government.)

Peña said he picked Karla to be his runningmate because he believes she is capable.

“It’s not because of her father. It is because of sa sarili kong paniniwala [ay] karapat-dapat siya at sinabi niya sa kin mismo na gusto niyang makapagserbisyo sa lungsod ng Makati at ‘yun ang importante,” Peña told reporters after filing his candidacy for mayor on Monday.

(It is because I believe she deserves the position and she told me she wants to be of service to Makati City, and that is what matters.) Peña and Karla will likely face candidates to be fielded by the United Nationalist Alliance (UNA), the party of the ruling Binay family in Makati. (READ: Binay son-in-law running for Congress)

Two Binay siblings are incumbent city officials: Abigail Binay is the congresswoman for district 2, while Jejomar Erwin “Junjun” Binay Jr is the mayor although he was suspended and dismissed from office by the Ombudsman for allegedly overpricing the Makati city hall parking building II.

Karla said she is ready to face whoever her opponent will be, especially because her father has been supportive.

“Kahit ano pa yan, nakahanda ako (Whatever trials I’d have to face, I am ready),” she said.

(Whenever I talk to others, I would tell that when daddy reached his 3rd Senate hearing, I told him, “You are so brave.” If I were you, I wouldn’t talk because our lives are already at peace.)

It was Ernesto who had exposed before the Senate blue ribbon subcommittee the supposedly anomalous contracts for the Makati city hall parking building II. However, Ernesto, who is under the Witness Protection Program, said he received kickbacks from the project as well.

(My daddy would tell me, “You will reach a point when you’d have to make a decision: Will you choose what’s comfortable or the one that will benefit more people?)

(I chose what would be beneficial to others that’s why I stepped up. I want this.) – Rappler.com