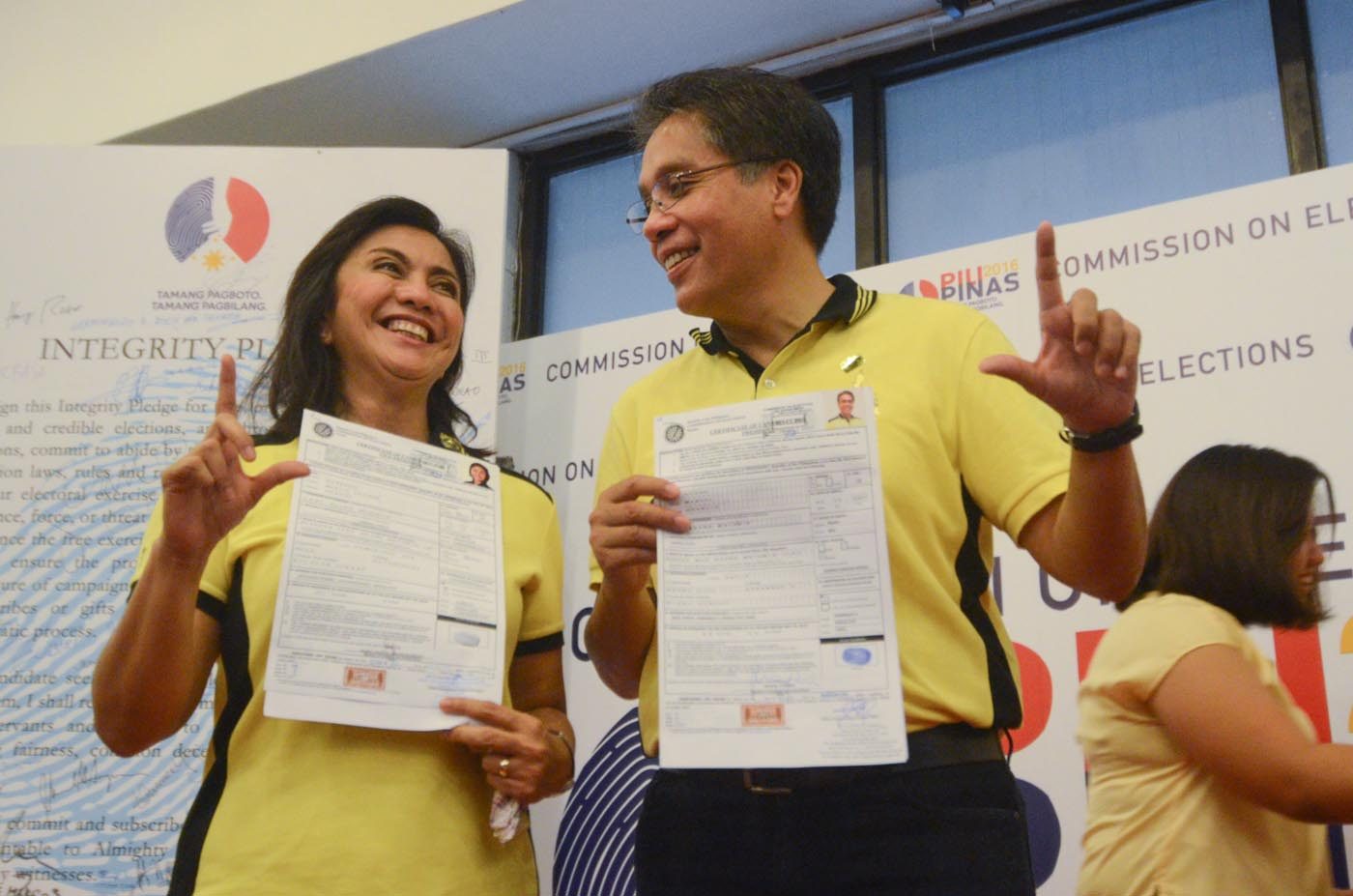 Roxas and Robredo arrived at the Commission on Elections (Comelec) main office in Intramuros, Manila, past 9 am on Thursday, after hearing mass at the nearby Manila Cathedral and spending time with supporters at the Plaza Roma. (READ: LIST: Aspirants for 2016 elections)

(Leni and I are all in, in filing our COCs. We will give our all to this fight. This is a fight that has to be fought – a fight for our people, for every Filipino and the prosperity everyone dreams of.)

Robredo said the administration tandem seeks not only to continue the reforms and gains of the incumbent administration, but also to expand and build on them. She hopes voters would “make the right choice” in the May 2016 elections.

LP president-on-leave Roxas was accompanied by his wife, Korina Sanchez, and mother, Judy Araneta-Roxas, while Robredo was joined by her daughters. They were joined by President Benigno Aquino III and key party leaders and supporters. Roxas, in the latest presidential preference surveys, hovers from 19% to 20%, putting him at 2nd or 3rd in a list of would-be presidential bets. It’s comparatively high to his numbers from months ago, which at one point, hit a low of 4%.  Thursday marks the official start of a long journey for the tandem. Although they are the ruling LP’s bets for 2016, their numbers are anything but dominant.

Robredo, meanwhile, has not even hit double digits. The latest survey from pollster Pulse Asia placed her at 10th among possible vice presidential bets with a measly 3%.

In an interview on ANC outside the Comelec, Robredo said she would have to work harder to introduce herself to the nation.

The two are the second national tandem to file their COCs. Vice President Jejomar Binay and Senator Gringo Honasan, both from the opposition United Nationalist Alliance (UNA), filed their candidacies on Monday, October 12.