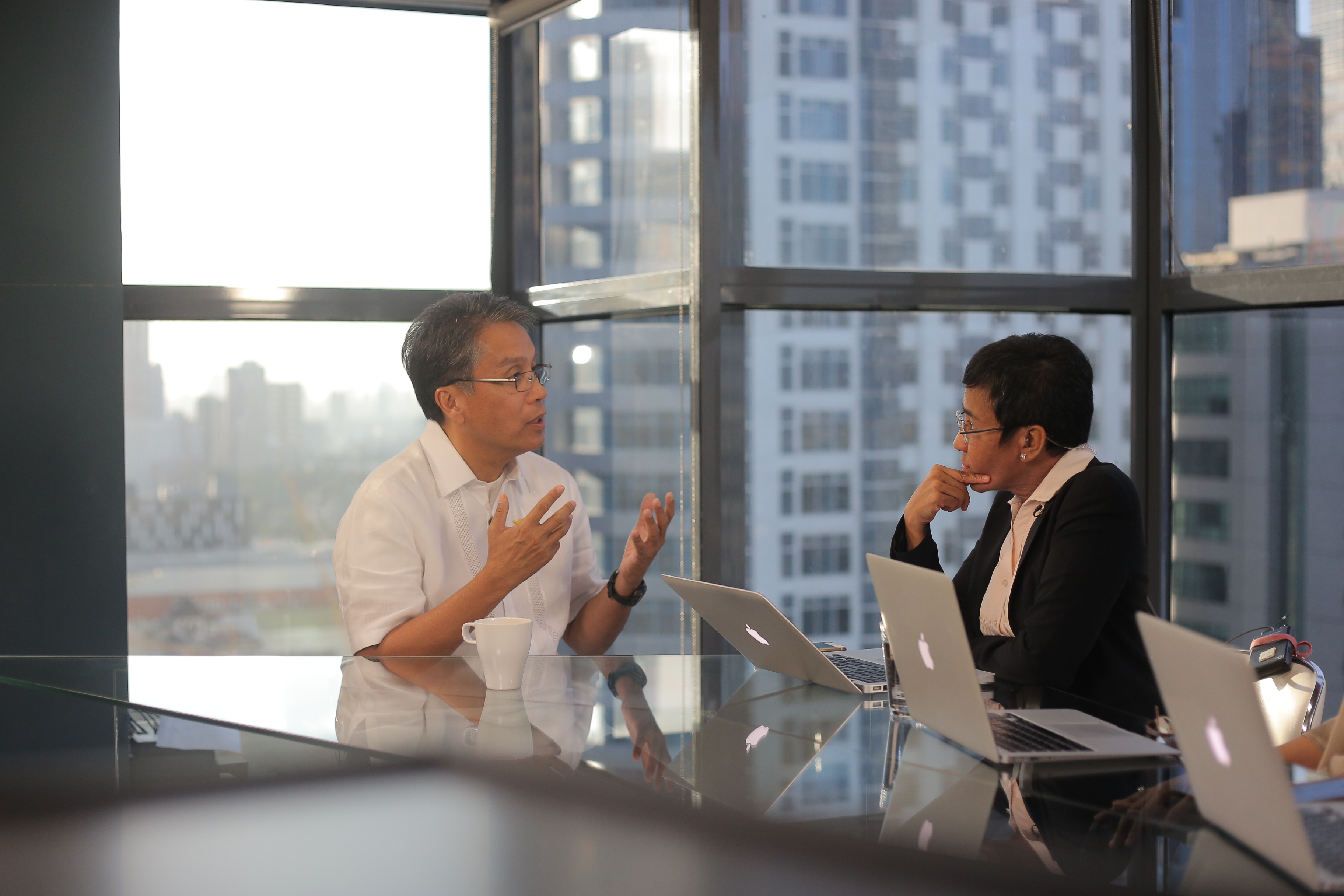 “One of the things that we will be doing is to terminate all of these various franchises along major thoroughfares in [the National Capital Region (NCR)],” said Roxas on Monday, November 9, during entrepreneurship group Go Negosyo’s “Meet the Presidentiables” series.

Roxas was asked about how he intends to solve Metro Manila’s worsening traffic issues. He said his solution is rooted in two things: decongesting Metro Manila’s main thoroughfares and making sense of the current mess that is the Metro’s bus franchising system.

It’s the same stand Roxas has taken in various fora and round table discussions with media groups.

“There is no modern metropolis in the world that has buses owned by multiple private entities,” Roxas had previously told Rappler during its #TheLeaderIWant series late October.

The current system set in Metro Manila – in which different owners operate different bus franchises in the mega city – is a recipe for disaster. (READ: How to tame Metro Manila’s buses)

It’s a system that not only contributed to congestion in Metro Manila but is also partly to blame for bus accidents in the metropolis. Rationalizing bus franchises, particularly weeding out the “boundary system” has been long called for by transportation experts.

There are some bus companies that have since gotten rid of the practice, but not all operators in Metro Manila have done so.

When reminded that the move would require immense political will, Roxas replied, “I’m saying it.”

Streamlining operations and stopping certain franchises, said Roxas, would also help in solving air pollution in the country. Buses put in service after the bidding, he said, would have to comply with certain standards.

As he spoke, the sound system at the Manila Polo Club repeatedly broke down, prompting Roxas to quip, “I think one of your sponsors owns a bus franchise.”

It’s a solution, he said, that was commonsensical. Roxas then made another reference to the need to create a “Department of Common Sense” to solve the country’s persistent woes.

In an earlier interview with Rappler, Roxas said connectors for the Southern and Northern Luzon Expressways and other infrastructure projects would decongest the Metro’s main thoroughfares soon enough.

At the Go Negosyo forum, however, Roxas was not asked why he did not implement his proposals during his time as chief of the Department of Transportation and Communications.

Roxas was appointed to the post in 2011, and was later moved to the Interior Department a year later.

Transportation is among the more controversial issues that Roxas – as the ruling administration’s candidate – will have to face since these are among the issues that plague the country, particularly Metro Manila.

The worsening gridlock, Metro Rail Transit 3 (MRT 3) woes, and a recent airport security scandal are among the issues critics have been hurling against Roxas and the administration. – Rappler.com