Nov 13, 2015 1:48 PM PHT
Jee Y. Geronimo
Facebook Twitter Copy URL
Copied
The Comelec law department is expected to decide in the next 15 to 30 days whether or not Poe committed an election offense when she ran for senator in 2013 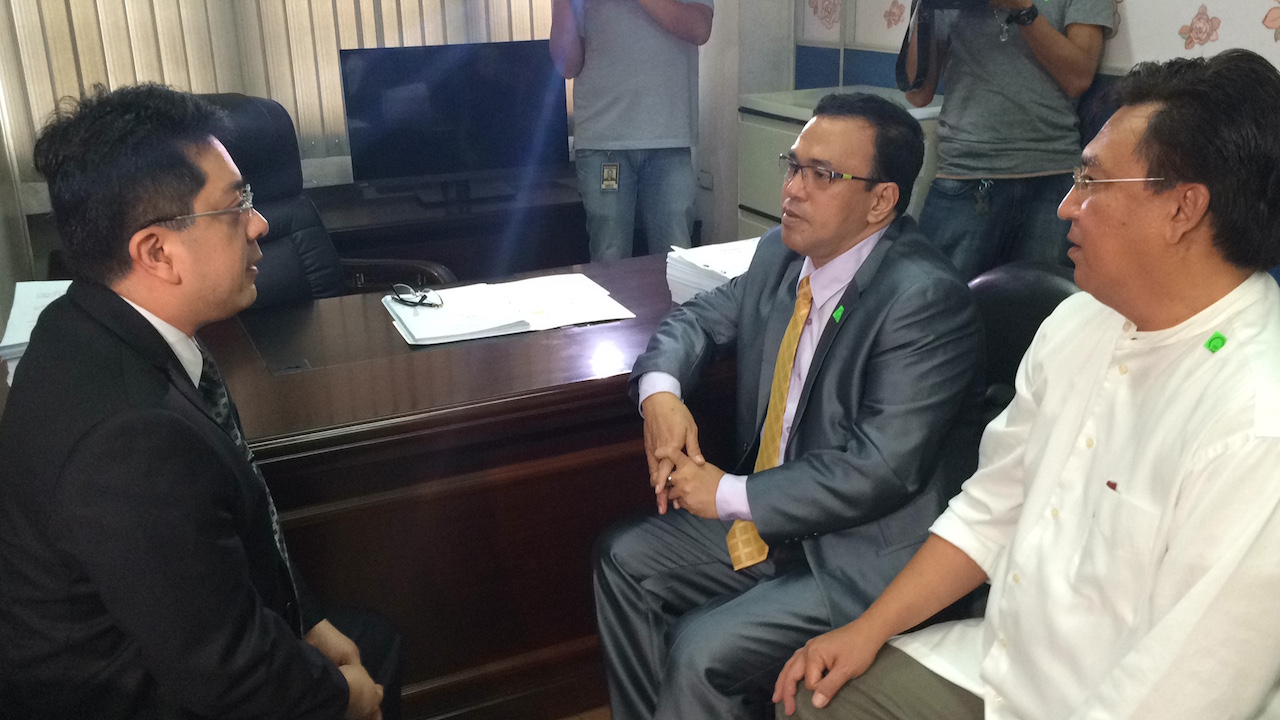 MANILA, Philippines – The Commission on Elections (Comelec) law department is set to decide soon on the citizenship case filed with the poll body against Grace Poe.

The preliminary investigation on Friday, November 13, was “deemed terminated” and the case is now submitted for resolution after Poe’s camp submitted a counter-affidavit that included annexes common with the camp of petitioner Rizalito David.

“Both counsels jointly manifested that the case is now submitted for resolution by the law department of the Commission on Elections,” David’s lawyer Manuelito Luna told reporters after the preliminary investigation.

Luna said that based on Comelec rules, a decision on the case can be expected in the next 15 to 30 days.

The Comelec law department, after hearing Poe’s case, is supposed to recommend either the filing of charges against Poe before a court, or the dismissal of the complaint against her.

In the Comelec case, David’s camp alleged that Poe committed an election offense when she “falsely claimed” she is a natural-born Filipino and had met the residency requirement when she ran for the Senate in the 2013 elections.

Luna said Poe’s residency declaration in her 2015 certificate of candidacy (COC) for president even strengthens their allegation of misrepresentation.

“For purposes of computing, her compliance [with] the 10-year requirement for president…in 2012 she claimed that prior to the election, her residency is 6 years and 6 months, but suddenly in her 2015 COC for president, she changed that to 10 years and 11 months. So obviously this strengthens our allegation that she lied,” the lawyer argued.

But Poe’s lawyer George Garcia reiterated Poe did not lie back in 2013 because to begin with, she was not aware there was a citizenship issue for foundlings like her. (READ: TIMELINE: Grace Poe’s citizenship, residency)

Garcia said at least 4 pieces of evidence in their counter-affidavit prove Poe is a natural-born Filipino:

Garcia again called on the Comelec to suspend proceedings first while the Senate Electoral Tribunal (SET) has yet to decide on a separate disqualification case against Poe.

(With all due respect, the proceedings in the Comelec law department should first be suspended because there is still a case pending before the Senate Electoral Tribunal.)

At present, both camps are also awaiting the decision of the SET on the disqualification case filed against Poe, who is eyeing the presidency in the 2016 elections.

The SET is expected to make known its decision on November 17.

(What if the Senate Electoral Tribunal declares Senator Grace Poe to be a natural-born Filipino citizen? Then it’s automatic, this case at the Comelec law department will be dismissed. It means no lying was committed.)

But even if the 9-member tribunal decides that Poe is not a natural-born Filipino, Garcia said the senator still did not lie back in 2013 because there was no malice on her part.

(Because you did not know the interpretation of your citizenship as a foundling. There was no intent, no malice, no lies in what you said because that’s what you know, and what everyone knows: that a foundling is a citizen of this country.)

But Luna said the SET’s decision will “in no way” have a controlling effect on the Comelec case.

Poe is also facing 4 disqualification cases before the Comelec in relation to her presidential bid. Her camp has since filed for a motion to consolidate the cases.

David, meanwhile, is also running for president under the Ang Kapatiran Party – the same party that backed his senatorial bid in the 2013 midterm elections.

He lost that year, while Poe topped the senatorial race. – Rappler.com