Why did SC justices vote to disqualify Grace Poe? 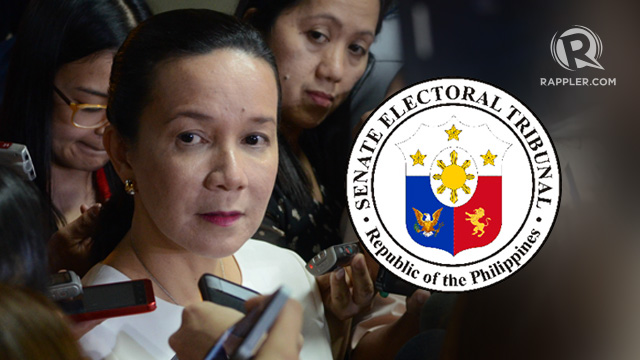 MANILA, Philippines – After the Senate Electoral Tribunal (SET) voted 5-4 to dismiss the disqualification case against Grace Poe, critics were concerned that the majority – all of them senators – voted based on politics and not based on Philippine laws.

The main question in Poe’s citizenship issue is if the senator, who is now eyeing the presidency in the 2016 elections, is a natural-born Filipino. (READ: After close call at SET, emotional Grace Poe turns to prayer)

The tribunal eventually ruled in favor of Poe, although the decision is not yet final:

All 3 Supreme Court justices sitting on the SET voted to disqualify her.

The majority in the tribunal said Poe, who was naturalized as a citizen of the United States in 2001, also validly reacquired her natural-born Filipino citizenship after taking her Oath of Allegiance to the Philippines in 2006.

She renounced her US citizenship in 2010 as required by Republic Act (RA) 9225 or the Citizenship Retention and Re-acquisition Act of 2003.

The voting was a close call that divided the lawmakers from those in the judiciary.

What was the basis of the majority in upholding Poe’s status as a natural-born Filipino, and why did all the Supreme Court justices vote to disqualify her? (DOCUMENT: SET decision on disqualification case vs Grace Poe)

As of Sunday, November 22, only 7 members of the tribunal have submitted their separate opinions to the SET. Senator Nancy Binay did not submit an opinion, while Senator Pia Cayetano’s opinion is not yet available on the SET website. (DOCUMENTS: SET members’ opinions on Poe case)

Rappler looks at the separate opinions of every SET member. Here are their main arguments: 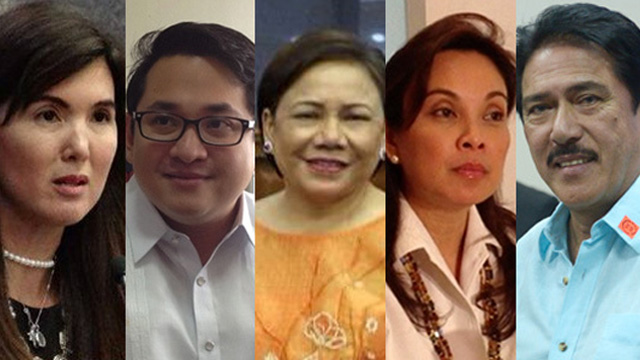 I. The intention of the framers of the 1935 Constitution

Senators Paolo Benigno Aquino IV and Cynthia Villar said it was not the intention of the framers of the 1935 Constitution to “exclude” and “discriminate against” foundlings when it comes to a natural-born citizenship.

“As correctly pointed out by the majority, there was a recognition that children or people born in a country of unknown parents are citizen of this nation and the only reason that there was no specific reference to foundlings in the 1935 Constitution was that foundlings are few and far in between so that it is not necessary to include a provision on the subject exclusively,” Aquino said in his separate opinion. Villar also argued the same.

II. Foundlings in the Philippines should be accorded ‘social justice’

Two senators also cited social justice in Poe’s case. Aquino said the State itself, as dictated by social justice, should be the first to recognize and ensure that foundlings like Poe “are able to enjoy each and every right accorded to them.” (READ: Grace Poe’s fight shows state of foundlings in PH – lawyer)

“There lies a presumption that for those who have less in life, we should afford them the most basic right. Logic dictates that foundlings are not naturalized nor stateless but natural-born citizen of the Philippines,” he added.

On the rights of a child to a nationality, Aquino cited the same international conventions used by Poe’s camp: the Convention of the Rights of the Children (CRC) and the Hague Convention of 1930. Of the two, the Philippines is signatory only to the CRC.

Senator Vicente Sotto III, meanwhile, said even a foundling – “the abandoned child on our doorstep” – is also “the least of our brethren.”

“In any case, it is not the fault of foundlings that their parents abandoned them. The principle of social justice applies in cases of this nature,” he added.

Sotto and fellow senator Loren Legarda argued that the citizenship issue against Poe only came up when she began leading the presidential surveys.

Still, they believe the electorate should be taken into consideration in Poe’s case, especially since “the composition of the SET] is predominantly political,” with 6 senators in the tribunal outnumbering the 3 justices.

“The Philippine Constitution did not demand a strictly legal viewpoint in deciding disqualification cases against senators…. The fact that six Senators, elected by the whole country, form part of the Senate Electoral Tribunal would suggest that the judgment of the whole Filipino nation must be taken into consideration also,” Sotto said.

Legarda, meanwhile, cited a 1996 case – Frivaldo vs Commission on Elections and Raul Lee – which she thinks is applicable also in Poe’s case.

She said the major lesson from the 1996 case is when there is doubt in interpreting constitutional and legal provisions involving popular sovereignty, it is best to interpret “in a manner that enables our electorate to elect freely their chosen leader.”

“I believe that by denying Senator Poe’s natural-born citizenship, we would be reversing the will of over 20 million votes. And in the process, we would also be effectively denying our entire electorate the opportunity to select their President freely and democratically,” she added.

IV. The burden to prove that Poe is not a natural-born Filipino is on the petitioner

For Aquino and Villar, David as petitioner failed to present proof that Poe is not a natural-born Filipino.

“Anybody who claims that she is not a natural-born citizen of the Philippines must establish that fact with adequate proof and not merely rely on her being a foundling,” Villar said.

Until David presents evidence that Poe’s parents are not Filipino, Aquino said the presumption of regularity should prevail.

ARGUMENT: POE IS NOT NATURAL-BORN FILIPINO 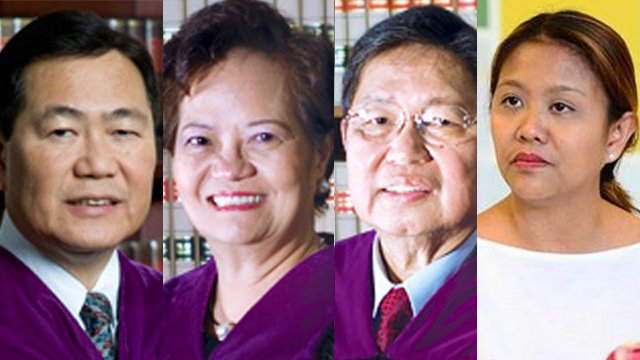 I. No Philippine law automatically grants citizenship to a foundling at birth

SET chair and Senior Associate Justice Antonio Carpio, in his separate opinion, argued that no law automatically grants citizenship to foundlings born in the Philippines.

Under the 1935 Constitution (the charter that was in effect when Poe was born), Associate Justice Teresita Leonardo-de Castro said Poe’s camp cannot argue natural-born citizenship at birth by virtue of a disputable presumption because this will mean an inferior status for children whose mothers are citizens of the Philippines. The child whose mother is a Philippine citizen can only choose for herself Philippine citizenship once she reaches the age of 21, based on the 1935 Constitution.

Both de Castro and Associate Justice Arturo Brion said there is nothing in the 1935 Constitution that grants citizenship to foundlings. Following this argument, then, they noted that Poe could not have reacquired natural-born citizenship under RA 9225.

Carpio said foundlings like Poe still have to prove his or her status as a foundling before they can acquire Philippine citizenship – as naturalized, not natural-born.

When it comes to qualifications for public office, De Castro said natural-born citizenship “must be an established physical fact and not a possibility qualification which can later be proven true or untrue.”

Carpio and de Castro both believe that none of the conventions used by Poe to prove her natural-born status automatically grant Philippine citizenship to a foundling at birth.

To begin with, Carpio noted that the Philippines only acceded or ratified 3 of the 5 international conventions: the CRC, the 1966 International Covenant on Civil and Political Rights, and the 1948 Universal Declaration on Human Rights

De Castro said these conventions will only apply for a State by way of a national law or a legislative enactment, and even then, the nature of the citizenship is by naturalization.

“There must be a law by which citizenship can be acquired. By no means can this citizenship be considered that of a natural-born character under the principle of jus sanguinis in the Philippine Constitution.”

De Castro also said Poe “cannot seek refuge” under provisions of an international convention “which runs counter to the provision of the Constitution” when determining the citizenship of a person, that is, following jus sanguinis or “by blood.”

De Castro said that even if Poe topped the 2013 senatorial elections, her “election victory” cannot be “used as a magic formula to bypass eligibility requirements.”

“This Tribunal is very much aware that the respondent was voted into office by an overwhelming number of votes, close to 20 million. However, it is settled doctrine in jurisprudence that an election victory cannot override constitutional and statutory provisions on the qualifications and disqualifications of elected officials,” she noted.

Carpio also refused to rule based only on “sentimental plea” which he thinks “conveniently forgets” that the Constitution reserves national posts such as a senatorial seat “exclusively to natural-born Filipino citizens” – a provision which he said must be complied with strictly.

After all, he said the members of the tribunal were sworn to uphold and defend the Constitution by applying its “clear letter and intent.”

“Pointing to the purportedly sad plight of foundlings if found not to be natural-born Filipino citizens, particularly their disqualification from being elected to high public office and appointed to high government positions, appeals plainly to human emotions,” Carpio said.

IV. Burden of proof is on Poe’s camp

For Carpio, Poe failed to discharge her burden to prove that she is a natural-born Filipino. This runs counter to what Poe’s camp believes: that the burden of proof is on the petitioner.

He, however, reiterated what was mentioned during the oral arguments: that any decision based on the absence of proof of blood relation “never becomes final.”

Even SET’s decision is not yet final. David’s camp filed a motion for reconsideration on Monday, November 23. Whatever the final decision may be, the case is still expected to eventually reach the SC. – Rappler.com