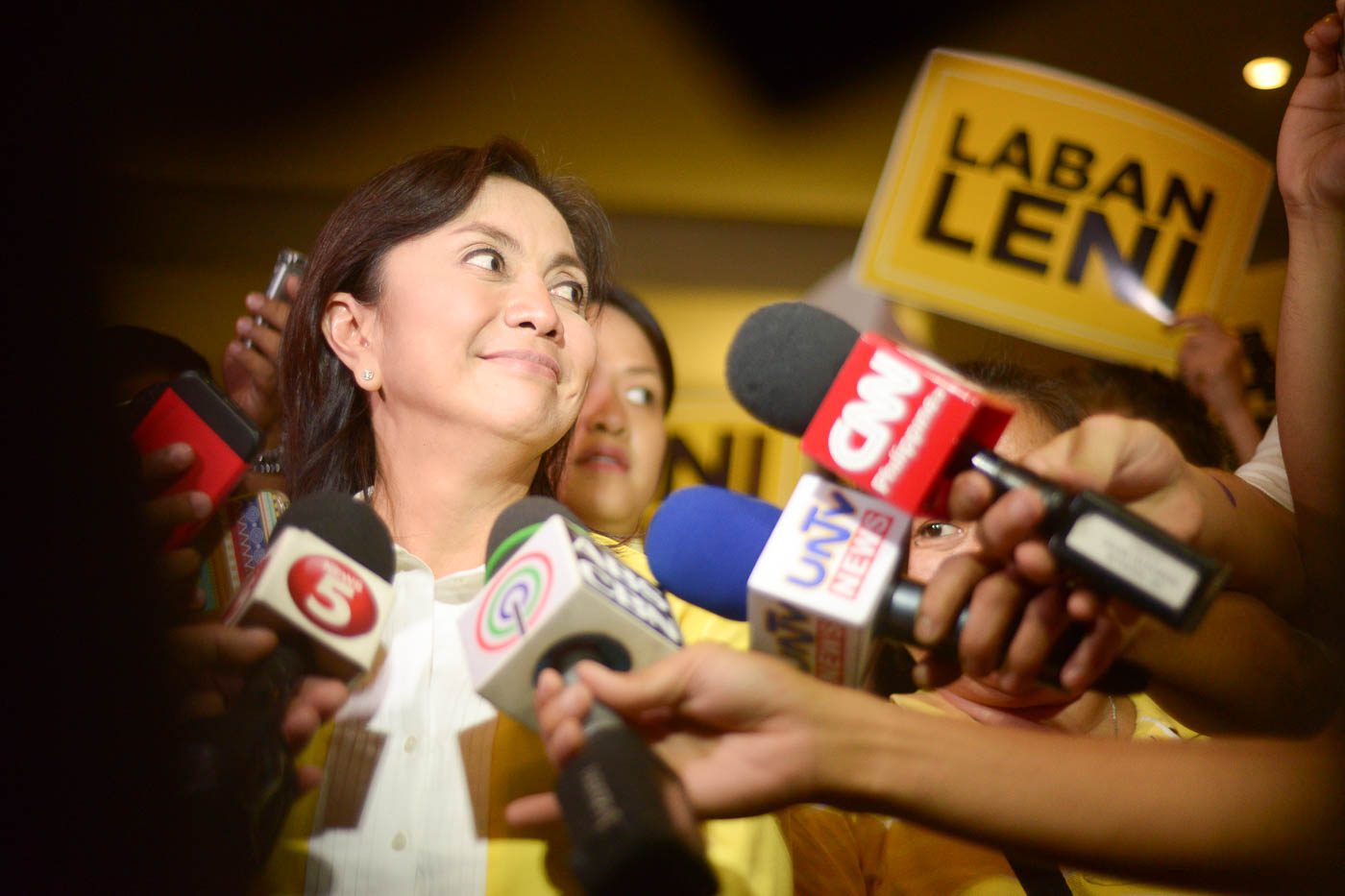 In a forum held at the University of the Philippines-Diliman, the Liberal Party’s vice presidential bet was asked if she considered her brand of leadership better than Duterte’s, whose iron-fisted style of governance has won praise for instilling discipline in the city, but has also drawn criticism for alleged human rights violations.

Robredo clarified she was not comparing the two cities when asked the question in an interview with The Philippine Star last week.

“I want to set the record straight. When that interview was conducted, the question was, ‘Am I in favor of an iron-clad, Duterte-style leadership?’ And my answer was no, because in Naga, our style of governance is inclusive and participatory, and we have achieved a lot through that style,” she said.

Robredo added that she never compared the two cities, but was only referring to the different kinds of leadership espoused by the two.

(We have different styles of leadership. I was not criticizing another style because we each have our own.)

The neophyte legislator, widow of the late Naga mayor and interior secretary Jesse Robredo, has consistently said in previous interviews she wanted to emulate Naga’s example and push a participatory, citizen-driven style of governance around the country.

In the grassroots style of governance she espouses, Robredo said critical citizens can be transformed into collaborators and partners with local leaders.

(Everyone is given a seat at the table, all voices are heard. Everyone is invited to participate in governance.) – Rappler.com