UNA on Poe disqualification: We’re victims of politics, too

Dec 3, 2015 1:16 PM PHT
Ayee Macaraig
Facebook Twitter Copy URL
Copied
Binay's party says it could not have been behind cases against Poe because it also experiences 'malicious prosecution' 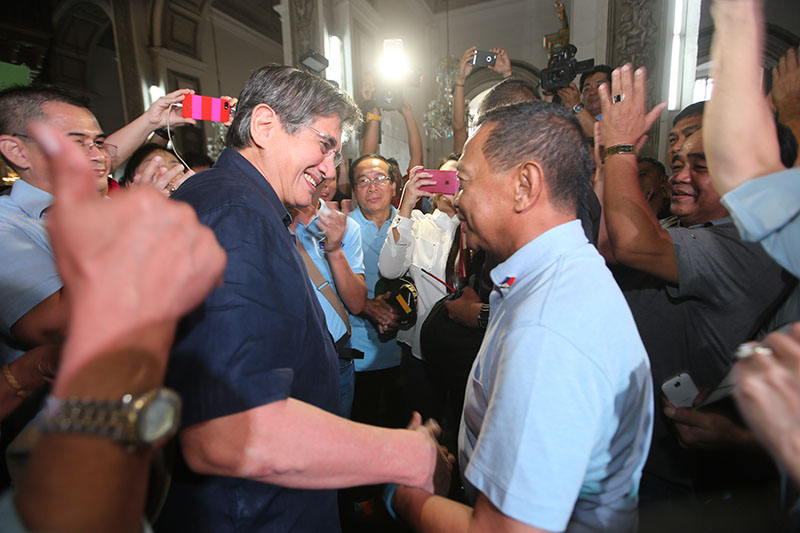 MANILA, Philippines – Vice President Jejomar Binay’s political party denied allegations it was behind the disqualification cases against presidential front-runner Senator Grace Poe, saying it, too, was subject to “malicious prosecution.”

Senator Gregorio Honasan II, Binay’s running mate, rejected Poe’s insinuation that the Binay camp had a hand in the disqualification cases against her. Honasan is the vice president of the opposition United Nationalist Alliance (UNA).

“UNA is not in any position nor is it inclined to influence the deliberations, decisions and rulings of constitutionally mandated institutions,” Honasan said on Thursday, December 3.

The senator responded to Poe’s allegation that it was the strategy of Binay and administration standard-bearer Manuel “Mar” Roxas II to have her disqualified. She said the two would benefit from her disqualification.

Both long-time politicians, Binay and Roxas have been trailing behind the neophyte senator in presidential surveys.

The Commission on Elections (Comelec) Second Division voted to disqualify Poe for supposedly failing to meet constitutional requirements on residency and citizenship. Poe plans to appeal the decision before the whole commission, and eventually before the Supreme Court.

There are 3 other disqualification cases against Poe pending before the Comelec.

“The UNA party adopts this position from our continuing painful and unwarranted experience in malicious prosecution which we accept as a matter of partisan political reality on the eve of the coming May 2016 elections,” he said.

Binay is facing multiple complaints and investigations over allegedly overpriced Makati projects when he was mayor of the financial district for 21 years. Honasan also faces a graft complaint over the pork barrel scam for supposedly pocketing P1.75 million ($37,666) in development funds for the poor, funneled to bogus non-governmental organizations.

The two opposition figures denounced their cases as political persecution.

“The United Nationalist Alliance, as a matter of principle and as the party of the accredited political opposition, upholds and respects due process and the rule of law,” Honasan said.

Binay, who often calls Poe “American girl” in sorties, said on Wednesday that her case was decided based on facts.

“That case is really a question of fact. It can’t be based on emotions. Her residency, that is really a tough case. It was documented. There are other pieces of evidence and documents. It’s really tough,” said the Vice President, a former human rights lawyer. 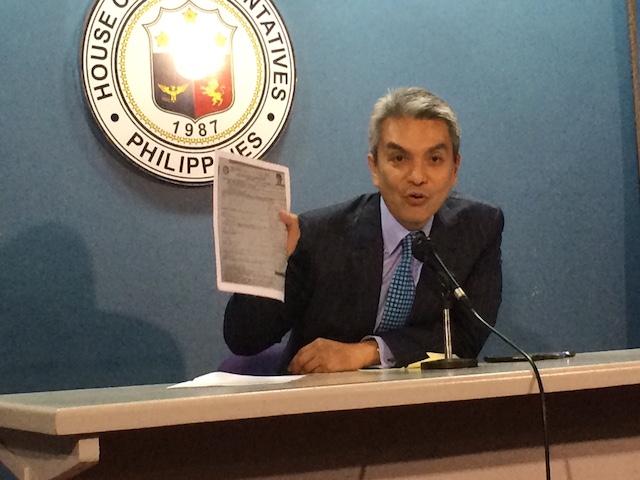 Yet Poe and the ruling Liberal Party (LP) of Roxas pointed out that it was UNA officers who first raised the residency and citizenship issues against the senator.

UNA president Navotas Representative Tobias “Toby” Tiangco held a press briefing in June where he presented a copy of Poe’s 2013 certificate of candidacy. Tiangco said that based on the document, Poe would have resided in the Philippines for only 9 years and 6 months by the May 2016 elections, falling short of the minimum 10-year requirement.

The Comelec cited the same document and argument in disqualifying Poe.

UNA Secretary-General JV Bautista also said then that Poe also did not meet the citizenship requirement because as a foundling, she was not a natural-born Filipino.

Bautista, a lawyer, said Poe could even lose her Senate seat.

“A foundling by definition is stateless,” Bautista said in June.

Tiangco and Bautista have refused to comment on Poe’s recent disqualification.

The LP also distanced itself from Poe’s disqualification.

LP spokesperson and Akbayan Representative Barry Gutierrez said: “There is absolutely no truth to allegations that we’re behind the disqualification cases. If you try to check, which camp first raised the issue of disqualification? If I remember it right, it’s not us.” – Rappler.com