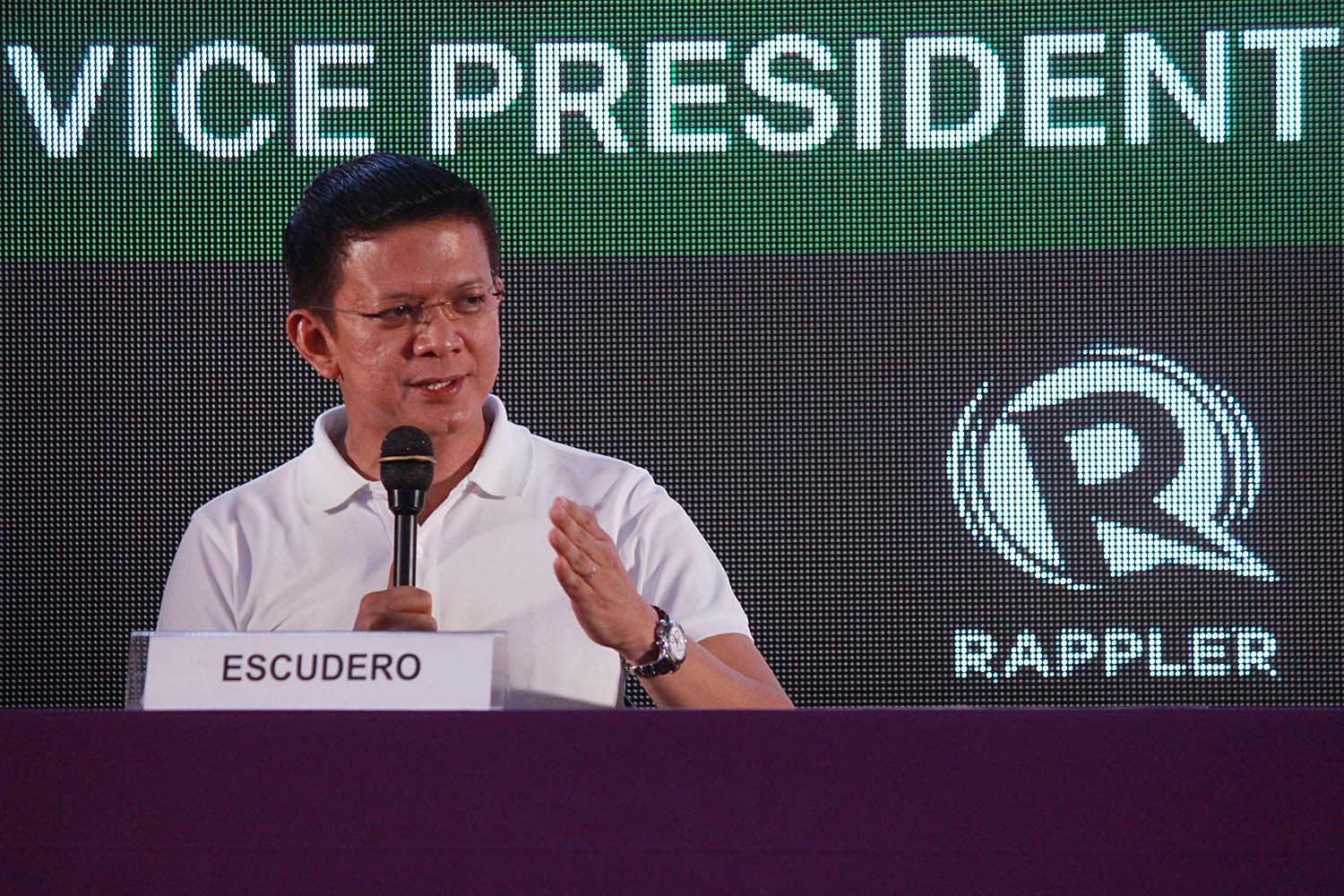 Senator Alan Peter Cayetano came in at third place with 21% (from 5% in September), followed by Camarines Sur Representative Leni Robredo with 12% (from 3% in September).

Senator Antonio Trillanes IV’s numbers barely moved – from 4% in the September poll to 5% in the latest survey.

Honasan, the running mate of Vice President Jejomar Binay, is at 6% in this survey but he was not part of the September survey. 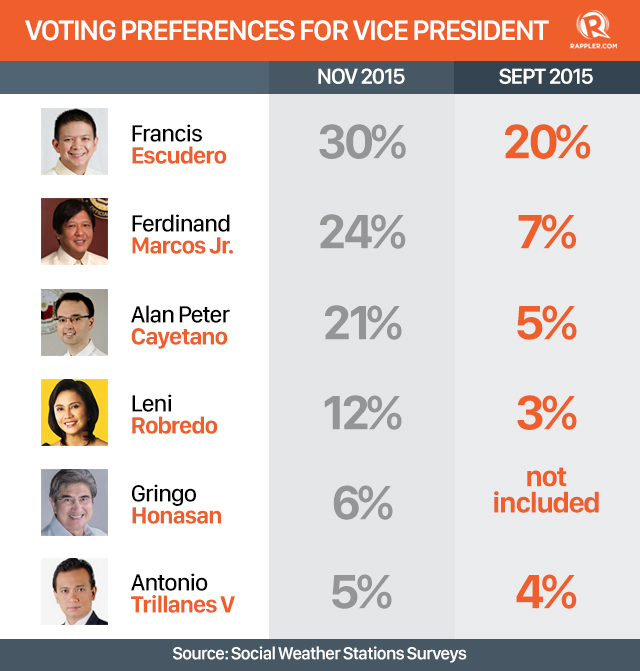 Escudero is the running mate of presidential aspirant Senator Grace Poe, whose certificate of candidacy was cancelled by the Commission on Elections Second Division on the basis of her citizenship and residency requirements.

In the last SWS survey in September, conducted before Poe officially announced her presidential bid, the neophyte senator had topped both the presidential and vice presidential preference surveys.

In that survey, her running mate, Escudero, came in at second place with 20% of respondents choosing him.

While Escudero was the top choice in the National Capital Region, Luzon, and Visayas, Cayetano inched ahead of Escudero in voter preferences in Mindanao. 34% of respondents said they will vote for him, compared to Escudero’s 26%.

Cayetano also got the preference of upper and middle class respondents (ABC), obtaining 32% against Escudero’s 26%. The two candidates were both tied at 31% among respondents belonging to the poorest, class E.

The November SWS survey was commissioned by Davao City businesman William Lima and released by the pollster following its publication in the Philippine Daily Inquirer.