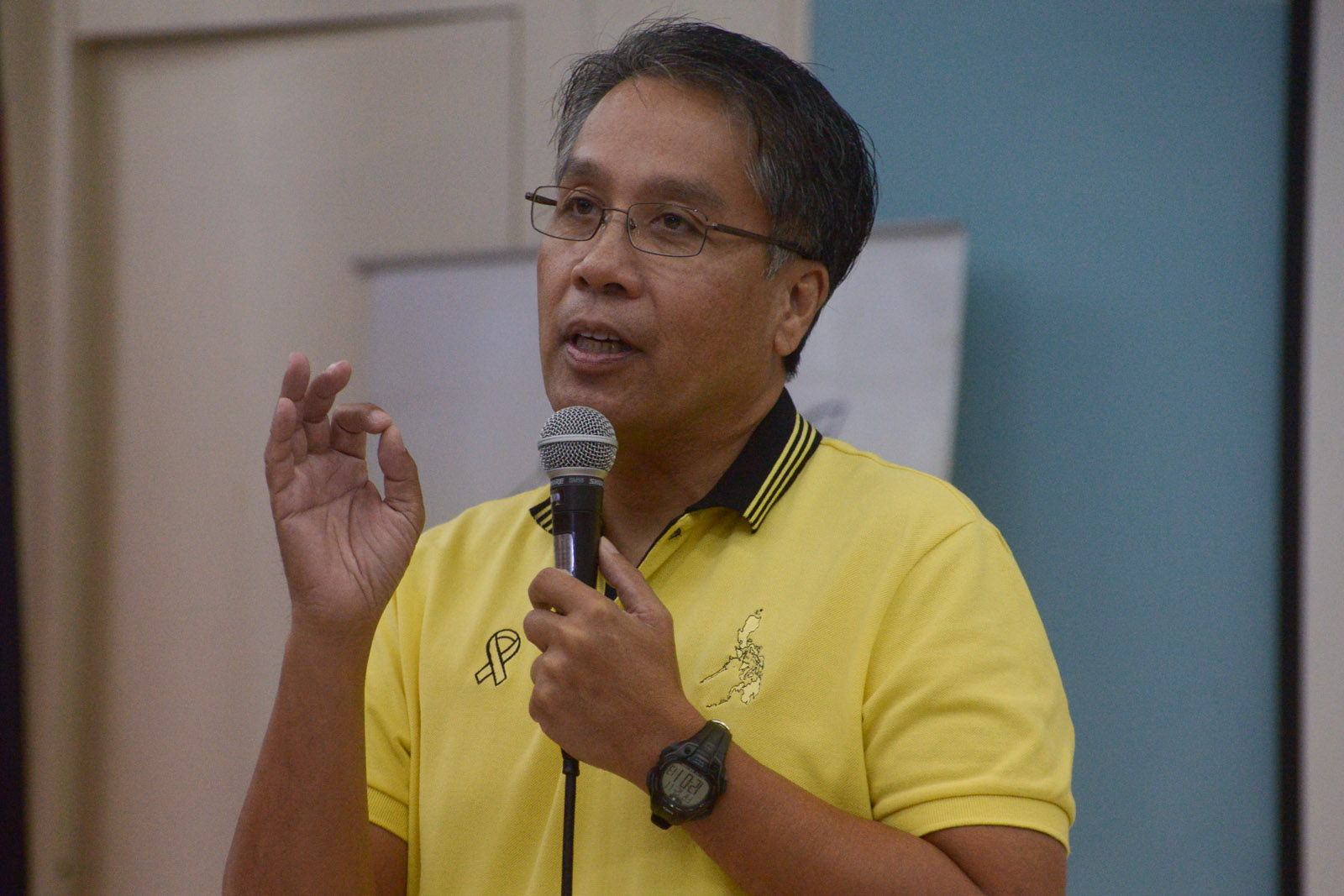 Citing data from the Philippine National Police (PNP), Roxas said Davao had the “4th highest crime [incidents]” in the Philippines.

“So it’s a myth, imagination that it’s peaceful in Davao City. I’m not putting them down here, I’m just citing data,” he added.

Roxas was asked about peace and order, which one member of the audience noted to be among the key concerns of the electorate coming into the 2016 presidential elections.

“I do not believe that might is right, in summary justice,” said Roxas to the applause of a small crowd of roughly 100 in the Ateneo.

Roxas said the same thing on Thursday, December 10, when asked about Duterte’s desire to revive the death penalty.

The former interior secretary, who had administrative authority over the PNP, emphasized there was no “magic wand” to solving criminality.

He then went on to recount the gains of Oplan Lambat Sibat, a landmark system introduced to the police force during his stint as interior secretary. Lambat Sibat involved the auditing of crime statistics, and the use of data to determine police deployment. The plan, according to Roxas, was to cut down crimes in Metro Manila.

Duterte and Roxas are friends, tracing back to their time spent in Congress in the 90s. Roxas, speaking to reporters after the forum, said he’s asked Duterte about the allegations against him – of supposed human rights violations and supposed links to the infamous Davao Death Squad (DDS).

(I asked him about these accusations, statements that people have been killed in the name of discipline. He told me that he has not killed people. So I don’t understand where these statements of killing people are coming from when he’s told me otherwise.)

(So he should just tell the truth. Does he kill people or does he not kill people? So we know the truth. Let’s be truthful. Because he’s told me before that he doesn’t kill people.)

Duterte has long been hounded by allegations of human rights violations during his stint as Davao City mayor. In 2009, Human Rights Watch (HRW) came out with a report on supposed instances of extra judicial killings in the city attributed to the so-called DDS.

The HRW report noted that “contrary to the city government’s self-proclaimed success, its tough anti-crime campaign has failed to curve crime rates. An increasing number of death squad killings appears to have contributed to worsening crime rates in the city.”

The relationship between Roxas and Duterte have since soured after the latter accused the LP standard-bearer of being behind black propaganda against him. – Rappler.com