Nancy Binay to Trillanes: Learn from the VP 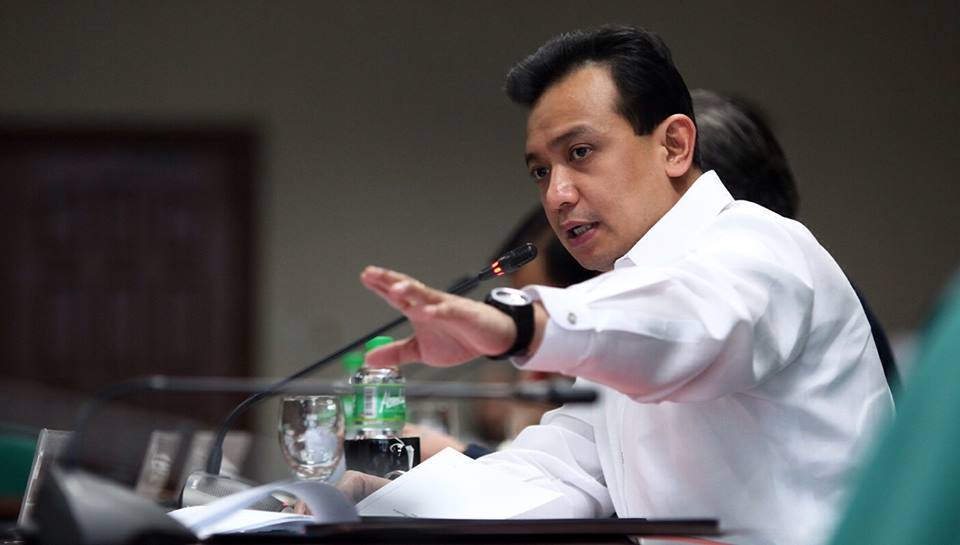 A November Social Weather Stations (SWS) survey that a businessman commissioned had Trillanes ranking 6th with 5%.

Binay himself, a former survey frontrunner, has seen his support base eroding. In June, neophyte Senator Grace Poe overtook him in the survey. In the latest survey, Davao City Mayor Rodrigo Duterte leads in a poll his supporter commissioned.

The Binay camp admitted that the corruption allegations against the Vice President, and a yearlong Senate inquiry brought down his numbers. The elder Binay is accused of receiving kickbacks and amassing wealth from supposedly overpriced Makati projects.

Still, Senator Binay said her father is banking on his 2010 experience where he started at the tail-end of polls only to emerge as the dark horse in the campaign homestretch.

(Actually, when it comes to surveys, we come from the 2010 experience where the Vice President started at 2%. To us, a survey is a tool to determine your campaign strategy. It is not a basis for saying who will win on May 9, 2016.)

Another survey is expected in December before the start of the official campaign period in February.

Trillanes a believer in ‘ground war’

Trillanes, who led the Senate hearings against the Vice President, surprised observers last week for crediting Binay’s campaign strategy. He is a member of the Nacionalista Party but supports Poe’s candidacy.

Taking a page from Binay’s campaign style, the former Navy officer is optimistic he can boost his survey numbers by relying on grassroots supporters and ground operations.

(In 2010, VP Binay at this time was also asked questions like the ones you are posing to me now. But in the end, he won. Secretary Mar had a lead of 40% over him. The ones in a neck-and-neck race were Secretary Mar and Senator Loren but in the end, neither of them won, so there’s still a long way to go.)

A former coup plotter, Trillanes is tapping his Magdalo network of soldiers and mutineers in the hopes of replicating his surprise 2007 victory. Back then, he staged a political coup by winning even while in detention for rebelling against the Arroyo administration. – Rappler.com