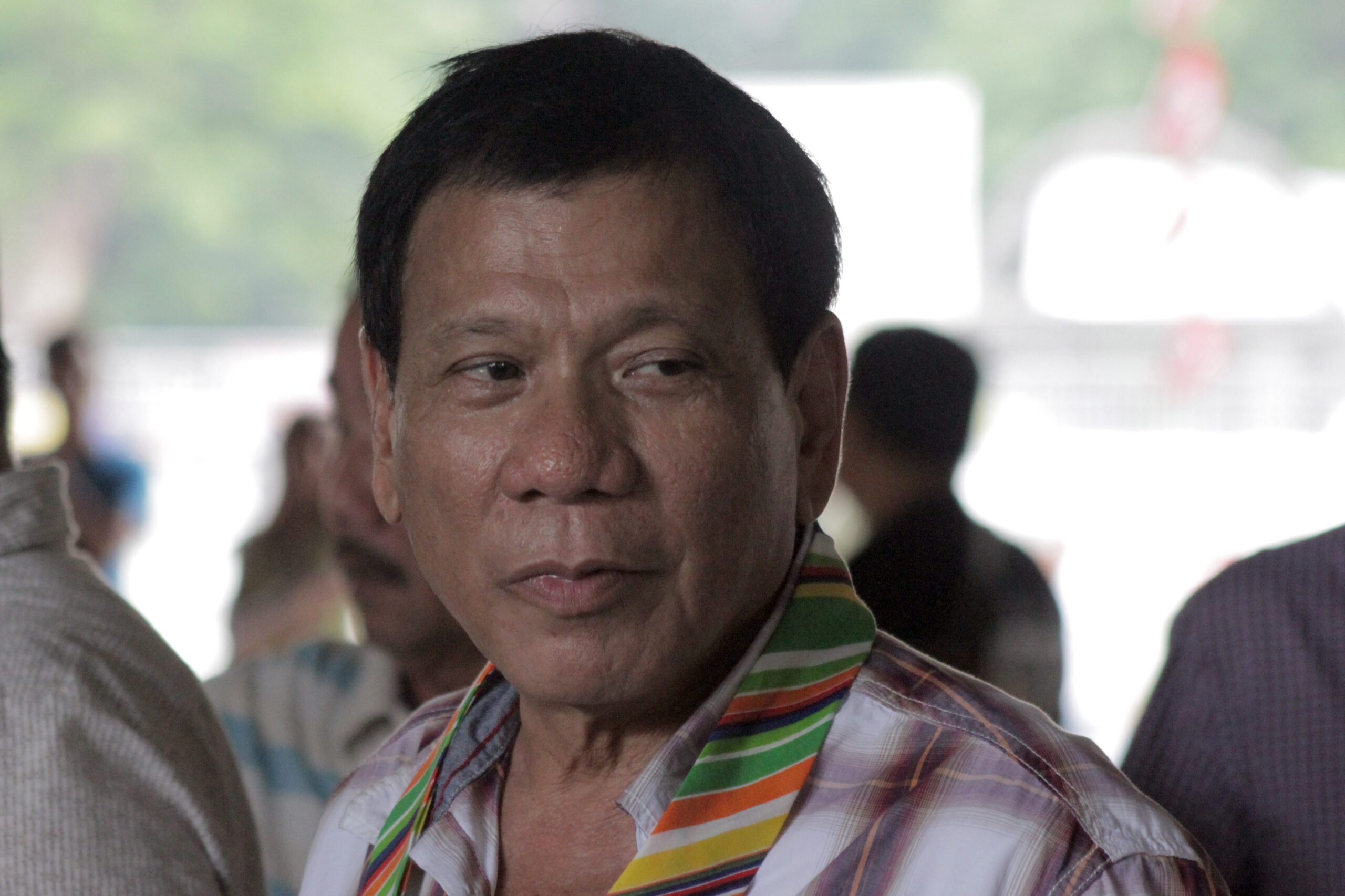 MANILA, Philippines (3rd UPDATE) – The Commission on Elections on Thursday, December 17, said it decided to accept the certificate of candidacy (COC) of Davao City Mayor Rodrigo Duterte for the presidency.

Bautista, however, said this is “entirely without prejudice to the pending disqualification case” against Martin Diño, whom Duterte is substituting for.

He said the decision is also without prejudice to “any other case that may be filed” against Duterte.

The Comelec chairman explained: “What this means is that he is now in our list of candidates, so that was an administrative decision that the Comelec en banc made. But again, I want to emphasize that this is without prejudice to disqualification cases that have been filed or may be filed against him.”

Bautista added that the Comelec did this as part of its ministerial duty, “from an administrative standpoint.”

He said the administrative function involves allowing a candidate to substitute for another. He pointed out that under their rules, substitution requires the consent of the Comelec en banc, or the commission sitting as a whole.

Comelec Commissioner Christian Lim, for his part, said that “basically, there was a compliance with matters of form.” On the other hand, the “intrinsic validity” of Duterte’s COC is “the subject of the case” to disqualify Diño.

The Comelec has not resolved this case.

In fact the poll body on Friday, December 18, is set to conduct a hearing on the petition against Diño.

In this petition, broadcaster Ruben Castor on November 27 requested the Comelec to declare as null and void the COC of Martin Diño.

Diño, initially the presidential bet of political party PDP-Laban, later withdrew his COC for president to make way for his substitute – Duterte.

Substituting for Diño, Duterte on November 27 filed his COC for president.

Castor said Duterte, however, “should not substitute for Martin Diño whose COC is void, legally inexistent, and without legal effect; hence, substitution shall likewise be void.”

Castor’s claim is based on an error in Diño’s COC. (READ: EXPLAINER: Can Duterte run for president?)

Rappler reported in October that Diño, in his COC, erroneously declared that he is running “for the position of mayor” of Pasay City.

Castor told the Comelec: “It is most respectfully submitted that the Honorable Commission should not allow a travesty of justice and the law, distortion of the truth, and make it legally possible for the Commission to give due course to the substitution of respondent Dino by respondent Duterte for the position of president.”

Castor’s lawyer, Oliver Lozano, clarified that their petition aims not directly to disqualify Duterte. Instead it aims to declare Diño’s COC null and void, the “legal consequence” of which is barring Duterte from substituting for Diño. – Rappler.com