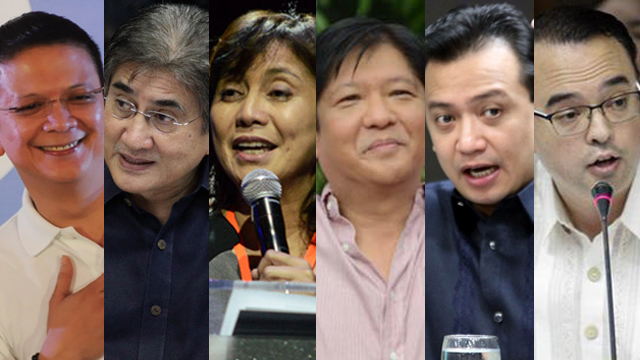 MANILA, Philippines – The Commission on Elections on Wednesday, December 23, bared the final list of candidates for vice president in next year’s polls.

Aside from this, Bautista said there are 23 people that are so far qualified to run for president, 68 for senators, and 119 for party-list groups. He, however, refused to give details, saying these are not yet final.

Comelec Commissioner Christian Robert Lim said the final list of candidates would be approved by the en banc on January 18 to 20, before they start the printing of ballots. – Rappler.com