EXPLAINER: What happens if Poe doesn’t get TRO before printing of ballots?

Facebook Twitter Copy URL
Copied
The Philippines has a flawed election system, where the law does not give the Comelec and the Supreme Court ample time to hear and resolve hundreds of pre-election cases

With the Commission on Elections (Comelec) en banc denying presidential aspirant Grace Poe’s motion for reconsideration, her next step is to elevate the matter to the Supreme Court via a petition for certiorari under Rule 64 of the Rules of Court. Under the said rules, she has 30 days from receipt of the decision to assail the Comelec en banc decision. (READ: How Comelec commissioners voted on Grace Poe’s cases)

She is, however, expected to elevate the matter immediately because, under the Comelec Rules of Procedure, decisions on “special actions” – which include a petition to deny course – become final and executory after the lapse of 5 calendar days from their promulgation, unless restrained by the Supreme Court.

Unfortunately for her, the Supreme Court is not only on a Christmas break; the magistrates are on a scheduled recess until after the New Year. Assuming that Poe received a copy of the decision on the same day of promulgation that was December 23, the Comelec en banc decision would become final and executory by December 28. However, following the Supreme Court’s calendar, December 28 is the earliest working day after December 23 when it can accept Grace Poe’s petition! (READ: Grace Poe’s camp questions timing of Comelec decision)

Despite its declared recess, the Supreme Court may hold a special session if it finds Grace Poe’s case urgent, or, in lieu of that, the Chief Justice may simply issue a temporary restraining order (TRO) or a status quo ante (SQA) order pursuant to its Internal Rules (AM Number 10-4-20-SC).

A TRO is an injunctive relief that is issued to restrain an act which is yet to be executed. If an act has already been executed, an SQA maybe issued to undo its effects, reinstating the status of the applicant prior to the assailed decision.

In Grace Poe’s case, a TRO coming from the Supreme Court will have the effect of restraining Comelec en banc from executing its December 23 decision. However, if no TRO is timely issued and Comelec has already decided to remove Grace Poe’s name from the ballot, the Supreme Court may issue a SQA to undo her exclusion.

Whichever of the two is issued, it will have the same effect of reinstating her as a candidate for president. In effect, her name stays in the ballot pending the final resolution of her case.

With those two injunctive reliefs, the Supreme Court may interfere with the execution of the Comelec decision at any time, but it must do so before the Comelec completes the preparatory acts for the printing of the ballots for 2016.

Once the ballot templates without Grace Poe’s name are finalized and printing begins, her exclusion from the ballot will be irreversible even if she wins her case later before the Supreme Court. In other words, that will be the abrupt end of her quest for the presidency. 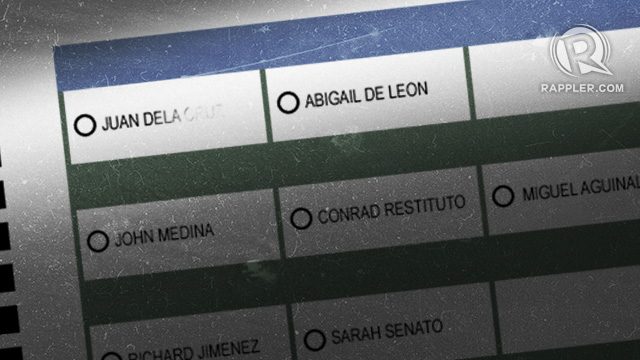 This Grace Poe saga is but another episode to this recurring election drama of last minute disqualifications and cancellation of COCs, to which we are too accustomed.

They are not only confusing to the public; they affect even Comelec’s own preparations for the election. This is attributed to that flaw in our election system, where schedules for the filing of COCs, the printing of ballots, and election day itself are way too close to each other.

The only way to correct this is to set the filing of COCs way ahead of the elections, giving the Comelec and the Supreme Court ample time to settle and decide all election cases without the pressure of logistical and operational deadlines.

This will also afford the Comelec to focus on its election management function as the election gets nearer, rather than dividing its attention at the most crucial phase to resolve hundreds of pre-election cases filed before it. These changes, however, are beyond the power of the Comelec but something for Congress to think about. Unless this is done, the same problem is expected to recur next elections.

What will happen if Grace Poe’s name is printed on the ballot but she eventually loses her case before the Supreme Court?

It has been settled that votes in favor of candidates whose certificates of candidacy have either been cancelled or set aside are considered “stray.” While they may still be counted by the voting and consolidating machines, the final tallied result will simply be disregarded.

This is consonance with Aratea v. COMELEC (GR Number 195229, October 9, 2012), where the High Court ruled that a candidate whose COC is cancelled –whether before or after elections – is by law not a candidate from the very beginning, his certificate of candidacy being void ab initio.