Jan 11, 2016 3:21 PM PHT
Bea Cupin
Facebook Twitter Copy URL
Copied
Some 740 unit commanders of the Philippine National Police have been reassigned to avoid impressions of partiality or bias toward politicians or groups in their areas 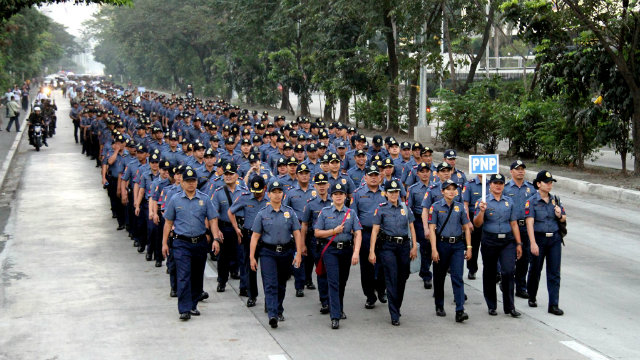 MANILA, Philippines – Some 740 unit commanders of the Philippine National Police (PNP) have been reassigned, the police force announced Monday, January 11, or the day after the official campaign season began.

The reassignments were done to officials who had “already reached or exceeded two years tour of duty in their posts.”

The PNP is one of the major agencies deputized by the Commission on Elections to ensure safe and honest polls. It is not allowed to reassign personnel during the campaign period.

PNP chief Director General Ricardo Marquez earlier told Rappler that the accounting of personnel would be part of the police forces’ preparations for the coming elections.

Those who have been in their areas for more than 2 years are moved to avoid impressions of partiality or bias toward politicians or groups in their areas.

PNP spokesman Chief Superintendent Wilben Mayor said the 740 were identified as part of the “regular administrative policies” of the police force with regards to assignments.

The official election period began on January 10, during which the gun ban and recall of police personnel assigned to secure VIPs started. Also not allowed beginning the election season is the movement of employees in the civil service.

The PNP is a civilian agency under the supervision of the National Police Commission (Napolcom), which is chaired by the secretary of the interior department.

As of January 11, the PNP said 14 people had been arrested and 15 firearms confiscated since the gun ban started. – Rappler.com