EXPLAINER: Issues the SC will decide in Grace Poe case

On Tuesday, January 19, Grace Poe will face the Supreme Court in the oral arguments of two of her 3 pending cases. These two cases originated from the Commission on Elections (Comelec), with both decisions cancelling her certificate of candidacy (COC) for president. The other one, filed by Rizalito David, originated from the Senate Electoral Tribunal (SET).

These 3 cases are crucial to Poe. At stake is not only her candidacy for president but also her Senate seat, which she won in 2013 and is set to serve until 2019.

In the January 19 oral arguments, her legal adversaries – Estrella Elamparo, Francisco Tatad, Antonio Contreras, and Amado Valdez – are expected to be there in opposition. Solicitor General Florin Hilbay, despite his prior manifestation not to represent the Comelec, has been tasked to give his position in the two cases. Comelec, as reported, will be represented by commissioners Arthur Lim and Rowena Guanzon.

To avoid confusion, it is important to differentiate the Comelec cases from the one coming from the SET.

It must be recalled that the SET case (which the SC will also hear at a later date) exclusively tackles the question of Grace Poe’s citizenship. It is a quo warranto petition originating from the SET, questioning her qualification as an elected senator, specifically, whether, as a foundling, she is a natural-born Filipino. Under Article VI, Section 3 of the 1987 Constitution, only natural-born Filipinos can become senator. She won the case with the vote of 5-4.

The two Comelec cases, on the other hand, involve 4 separate petitions seeking the cancellation of her candidacy on the ground that she misrepresented in her COC that she is natural-born Filipino and that she resided in the Philippines for 10 years and 11 months. Unlike in the SET, she lost these two cases, with the Comelec finding her guilty of deliberate misrepresentation.

The SET case directly tackles her citizenship as a qualification, while the Comelec cases exclusively inquires as to whether she committed misrepresentation both on her citizenship and residency. While their distinction is clear-cut, they are overlapping and intimately related to each other – they cannot be decided in confinement and without considering the other.

In deciding the Comelec cases, for example, it is inevitable for the Supreme Court to touch the issue of her citizenship that is discussed in the SET case in the fashion of a “prejudicial question” in the loose sense of the word. The relationship of the cases can be simplified as follows:

The issue of her residency is more straightforward, factually and legally speaking, as will be shown later. 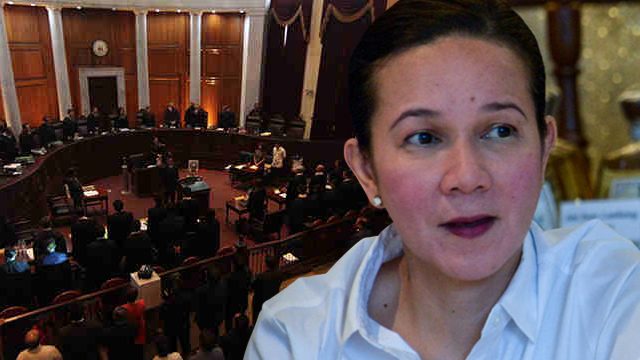 In relation to the Comelec cases, the Supreme Court sent out on January 13 an advisory which provided a set of guidelines that will govern the January 19 oral arguments. More than that, it gives us an idea of the issues which the High Court actually deems important and contentious in resolving Poe’s case.

One the procedural issues set by the High Court for oral arguments is the “jurisdiction of the Comelec over the the Petitions to Deny Due Course filed by Elamparo, Valdez and Contreras, and the Petition for Disqualification filed by Tatad.”

This is not an inquiry into the power of the Comelec to decide petitions to deny due course, which has long been settled, but into whether the Comelec faithfully followed the parameters of a Petition to Deny Due Course proceeding.

As I have noted in my past articles, the Comelec decisions have been very careless in nuancing the technical distinctions of the Petitions to Deny Due Course, Disqualification, and Quo warranto. (READ: 3 curious points in 1st division’s ruling vs Poe and 3 reasons Comelec erred in ruling vs Poe)

For example, the Tatad case – which is the only petition that raised the foundling issue – was captioned as a Petition for Disqualification, with a content of a Petition for Quo Warranto. Yet the Comelec affirmatively treated it as a Petition to Deny Due Course, in disregard of its own rules of procedure. (READ: Comelec should have dismissed Tatad’s case vs Grace Poe)

Also, the recurring statements in the Comelec decisions asserting jurisdiction over the eligibility or qualifications of a candidate for president pre-election begs for a judicial correction, or at least clarification.

As for the substantive issue, the Supreme Court neatly divided it in two parts:

The main issue taken by the Supreme Court is: “Did [Grace] Poe commit material misrepresentation…when she stated in her COC that she is a natural-born Filipino citizen?”

As to the sub-issues, the Supreme Court finally decided to tackle the crucial issue on who has the burden of proof in proving that Poe is a natural-born Filipino citizen. It must be recalled that the Comelec First Division assigned such burden to Grace Poe, citing at its legal basis a dissenting opinion which it passed off as a binding majority decision.

The SET and the Solicitor General, on the other hand, lean toward the regular rule in evidence that “he who asserts must prove.”

It is also important to note that the Supreme Court has taken the issue as to whether “Poe [should be] considered as a natural-born Filipino citizen under Section 1, Article IV of the 1935 Constitution.”

It must be recalled that the Solicitor General, in siding with the SET, noted that, under the 1935 Constitution, the intention of the framers was to make foundlings or children of unknown parentage as Filipinos by birth and that, despite the intention, such was not reflected in the text as they “see no need for it.” This is crucial as Poe was born in 1968, during the effectivity of 1935 Constitution, which means it governs questions on her citizenship as a foundling.

The Supreme Court went further in analyzing the effect on Grace Poe’s citizenship of her subsequent naturalization in the United States and repatriation under Republic Act Number 9225. While not mentioned in the advisory, it is inevitable to discuss the issue of whether a natural-born Filipino who reacquired her Philippine citizenship under RA 9225 will still be considered natural-born or not.

The main issue is whether “[Grace] Poe commit[ed] a material misrepresentation…by stating in her COC that her period of residency…is 10 years and 11 months.”

In this regard, the Supreme Court is primarily interested in the effect of Grace Poe’s entry in her 2013 COC, where she stated that her period of residence in the Philippines before the May 13, 2013, elections was 6 years and 6 months, and whether she is bound it.

It specifically posed the issue: “Is the Court’ s ruling in Romualdez-Marcos v. COMELEC [GR No. 119976, September 18, 1995] applicable to Poe’s case such that the decisive factor in determining whether she has met the residency requirement is the fact of residence and not the statement under oath in her COC?”

The Court’s interest in the Imelda Marcos case, as I have written in my past article, highlight the folly of the Comelec Second Decision of utterly disregarding the case despite being potentially decisive on the issue of Grace Poe’s residence. It must be recalled that the 2nd division merely took Grace Poe’s 2013 COC declaration (which she claimed to be erroneous) and did the math. This was despite the ruling in the Imelda case that “[i]t is the fact of residence, not a statement in a certificate of candidacy which ought to be decisive in determining whether or not and individual has satisfied the constitution’s residency qualification requirement.”

The other issue, which will run on the assumption that the Imelda Marcos doctrine applies to Grace Poe’s case, is whether Grace Poe was able to prove that she actually resided in the Philippines for 10 years and 11 months. Specifically, the Supreme Court raised the following questions:

These questions make reference to Poe’s claim – to which Commissioner Christian Lim agreed in his Dissent to the Comelec First Division ruling – that she was able to re-establish her domicile in the Philippines in May 2005 when she commenced her preparations for her permanent return to the Philippines.

Specifically, the Supreme Court wants to know whether Grace Poe’s acts preparatory to her actual transfer in the early part of 2005 may already be taken account in determining her residence in the Philippines. This relates to the equally contentious issue of whether can she could re-establish “residence” in the Philippines during that period while she was still an American citizen. – Rappler.com