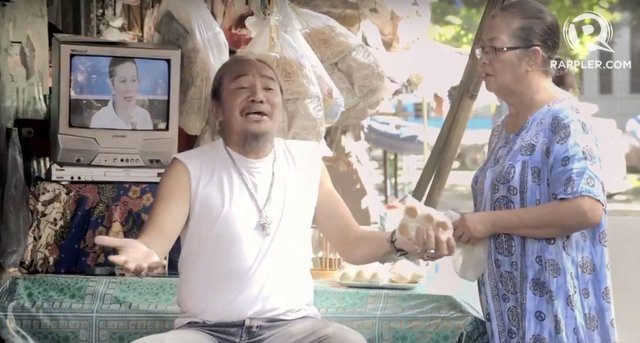 The former senator said Poe’s ad is meant to “sway” the magistrates to vote in her favor. The SC is scheduled on Tuesday, January 19, to hear arguments on the rulings of the Commission on Elections (Comelec) to cancel Poe’s certificate of candidacy.

Poe earlier released the ad on television, social media, and radio, explaining to the public that she is still running in the May 2016 elections.

“It is respectfully prayed of the Honorable Court to take swift and appropriate action relative to the act complained of with the end in view of preserving the sanctity of the proceedings as well as promote the interest of justice.  Other relief deemed just and equitable in the premises is also being prayed for,” Tatad said in the 10-page document filed by lawyer Manuelito Luna.

Using simple terms to explain highly complicated legal issues, the advertisement clarified the present status of Poe as a candidate, saying the Comelec disqualified her but the High Court has not yet decided with finality on the matter.

The 30-seconder ad, shot in a Filipino sari-sari store setting, features two females and two males conversing about the disqualification cases of Poe and how they are similar to the case of her father, the late actor Fernando Poe Jr (FPJ), in the 2004 presidential election.

Tatad, in his manifestation, denounced the ad’s messaging – that Poe would eventually win, as the SC would see the merits of her case in the same way it did with FPJ.

“Given its content, there is no question that the ad is intended to sway the Honorable Supreme Court into ruling in favor of petitioner in the cases at bar, and thus, contumacious,” Tatad said.

“I am aghast. This ad disrespects the SC because it is a blatant attempt to influence the outcome of the case and pre-empt its judgment, apart from the idea that it insults the voting public’s mind,” Elamparo said.

She added Poe should heed the SC’s call to all camps to refrain from making public comments on the merits of the case.

“Poe is putting her lawyers in a bad light. Her legal counsels already agreed to abide by the SC’s directive. Poe must also do the same. She must, out of delicadeza, have the sense of leadership to tell her campaign team to stop airing the ads out. I find this very disrespectful to the SC,” she said.

Despite being advised by SC, Poe’s camp said the ad only reflects the public sentiment.

Poe’s spokesman Valenzuela Mayor Rex Gatchalian said that, contrary to Tatad’s claims, “the ads merely reflect the sentiments of Senator Poe’s supporters on the ground. It is not meant to influence any one, more so our Good Justices who are known for their independence.”

He said they are ready to answer the allegations, as he maintained Poe’s ad did not violate any legal and ethical standards of the networks which aired it.