How did Binay fund his 2010 campaign? Facebook Twitter Copy URL
Copied
In 2010, Binay spent over P201 million on media ads during the campaign period. How much can candidates actually spend?

MANILA, Philippines – Who is funding “Nognog”?

In his latest television advertisement, Vice President Jejomar Binay referred to himself as Nognog. The self-proclaimed poor man, however, is not as poor as his commercials seem to suggest. Television ads, after all, cost a lot of money.

When he ran for vice president in 2010, Binay spent over P201 million on TV and radio ads during the campaign period, according to his Statement of Contributions and Expenditures (SOCE). This constituted around 92% of his total campaign spending.

The Omnibus Election Code requires all candidates, party-list groups, and political parties to submit their SOCEs. These documents contain information on sources and spending of campaign funds.

Candidates must file their SOCEs within 30 days after the election. Failure to comply will merit a fine ranging from P1,000 to P60,000 – a rather small amount compared to the millions spent by most candidates. A second offense could, however, get them “perpetually” disqualified from holding public office.

Can candidates spend whatever amount they want for their campaigns? No, there are rules that govern campaign expenses:

For example, since Binay ran for a national post, his constituency is the entire Philippine population. To compute his spending cap, multiply the number of registered voters in 2010 by P10.

Number of registered voters in 2010 x Authorized spending per voter

For someone running for a local post, multiply the number of registered voters in his municipality or province by P3.

Independent candidates, however, have a different rate:

As for political parties, each can spend a maximum of P5 for every reigstered voter in the constituency where it has official candidates. For example, Binay’s party United Nationalist Alliance (UNA) has the discretion to add to his expenses, as long as it observes the spending cap.

A party can divide its spending among its candidates. So UNA could spend not only for Binay, but for the rest of its slate.

In 2010, Binay declared in his SOCE that he spent P217.9 million – sourcing all of it from contributions.

He received P231,480,000 from 641 contributors, consisting of private corporations and individuals.

Binay said he did not spend a cent of his own.

His SOCE, however, only covers his transactions from February to May. All his campaign expenses before the campaign period are excluded.

Based on election laws, Binay did not overspend. In 2010, there were 50.7 million registered voters – this means, presidential and vice-presidential candidates were allowed to spend a total of P507 million each.

For the 2016 polls, there are 54.4 million registered voters, putting the spending cap on presidential bets at P544 million.

At first glance, it would seem Binay already overspent, but under election laws, however, expenditure limitations only cover a candidate’s spending during the campaign period itself.

The campaign period for national positions officially begins on February 9 and ends on May 7, which means the ads and campaign gimmicks we see before then will not be counted in the SOCE.

“Technically, it won’t be counted. It’s a loophole in the current status of the law, but we cannot do anything but implement it,” lawyer Maze Lutchavez Vergara of the Commission on Elections’ (Comelec) Campaign Finance Office told Rappler. 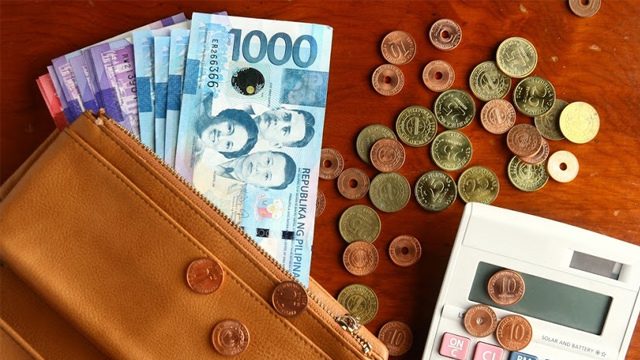 Who were Binay’s biggest contributors in 2010? Will they be supporting him this year?

Planet Drugstore engages in a private-public partnership with the Hospital of Makati, according to an Asian Development Bank report. It began its operations in 2009, when Binay was still mayor.

In 2015, it was reported that Aboitiz and the Union Bank group were among Makati’s top “tax delinquents” having unpaid real estate taxes. The property in question is a “residential condo project” in 1999.

In 2014, lawyer Renato Bondal questioned how the younger Tiu, only 27 years old in 2010, could contribute such a big amount. Bondal argued that James Tiu “was used by someone in order to donate to Binay.”

In the same year, the couple was charged with tax evasion.

Another P5 million came from Enrique Lagdameo, the father of Makati congresswoman Monique Lagdameo – a political ally of the Binays.

Lagdameo is also the treasurer of the Boy Scouts of the Philippines (BSP), which is headed by Binay. The BSP has been mired in controversy as a suspicious business deal between BSP and Alphaland erupted.

Binay allegedly kept P200 million for himself and used it for his 2010 campaign funds. Binay, however, denied all claims.

Another hot name in Binay’s list of top contributors is Victor Limlingan, whose brother Gerry is tagged as Binay’s bagman. Victor, a managing director of DMCI Holdings, contributed P3 million.

After allegations against his brother were hurled, Victor denied links to Binay, stressing that their relationship was purely professional. In 2015, a national manhunt for Gerry was conducted; Victor said he does not know where his brother is. Although Binay has reportedly spent more than P600 million in ads in 2015, he is technically not in violation of the law since he spent it before the campaign period.

Under election laws, overspending during the campaign periods is an offense. Violators can be imprisoned from 1 to 6 years. Other penalties like disqualification and removal of right to suffrage are still vague, according to Vergara.

As of January 2016, there are 1,629 cases of overspending during the 2010 and 2013 elections. They are already filed with the Comelec’s law department, undergoing preliminary investigation.

The complaints involve cases at the local level.

In 2016, the Comelec Campaign Finance Office promises to monitor the spending of all candidates.

“Citizens and organizations can report [to the Comelec] if campaigns are too grand, like political rallies,” said Vergara.

At present, there are Senate and House bills proposing to increase campaign spending limits up to P20 to P30 per voter. Among its supporters is Senator Aquilino “Koko” Pimentl IIl. Such bills, however, remain pending. (To be continued) – Rappler.com

Read the concluding part of our 2-part series on campaign spending in 2010 and 2013 here.