Amid disqualification, Poe says presidential bid ‘worth it’ 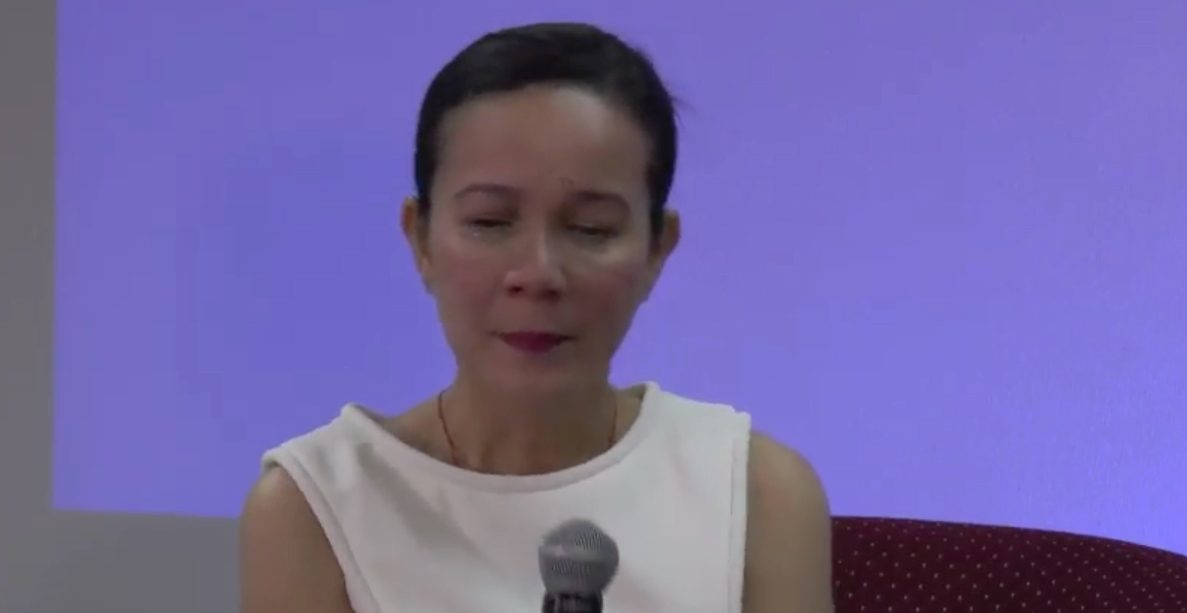 MANILA, Philippines – It was an emotional moment for presidential aspirant Senator Grace Poe, who could not hold back tears when asked if her presidential bid is “worth it” amid all issues thrown against her.

The question made Poe, at risk of disqualification over citizenship and residency issues, look back on her accomplishments in her short stint in government.

But Poe had to pause several minutes before she could actually answer the question, as her tears continued to flow.

During her 3-year stay in the Senate, Poe said she has already pushed for amendments to the Dangerous Drugs Act and for the institutionalization of feeding of some 4 million underprivileged children.

“I looked back on the data of (things) I’ve already done. What a privilege it is to be in a position to help our countrymen. It’s worth the fight if you feel you can institute change at a faster pace and can be felt by those in need,” Poe said in a forum with the Inquirer.

Poe clarified she did not become emotional over issues on her citizenship as a foundling, as she said she has been “desensitized” since grade school.

It was not the first time for the senator to turn emotional in public. At the 13th Philippine Global Consultation on Child Welfare in September last year, Poe  cried as she talked about her parents, actress Susan Roces and the late Fernando Poe Jr, and her adoption.

Now that the Supreme Court is hearing the disqualification case against her, Poe said she remains optimistic that the High Court would rule in her favor. (READ: It’s a close Supreme Court vote on Poe’s cases)

She based her confidence on her camp’s strong legal arguments to push for her cause. Poe maintained this case has implications on other Filipino foundlings as well. (READ: Sereno to Poe camp: Show possible implications of case on foundlings)

“I remain hopeful and very positive that we have offered the Supreme Court the truth that we have viable legal standing. I offer the SC not only my situation but the situation of hundreds of thousands of foundlings who are in the same plight,” Poe said.

Asked what she will do if the decision is against her, Poe said she would act depending on the exact ruling.

If the ruling questions her residency, she said she would not be able to run for president but would remain a senator. But if the decision declares her not a natural-born Filipino because is a foundling, she would also be removed as a senator.

Either way, Poe maintained she would comply with the decision of the SC.

“It is tragic and sad. It was an opportunity to be able to contribute greatly and a faster way to give support to your countrymen. On the other hand, as a private citizen, we’ve been quite happy with our lives, families, and friends. We can still do many things with or without position in government,” Poe said. – Rappler.com