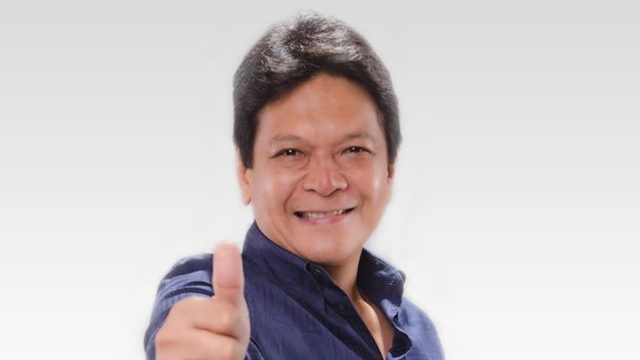 CAGAYAN, Philippines (UPDATED) – The Commission on Elections (Comelec) First Division has annuled the proclamation of retired police general Jefferson Soriano as the winner in the 2013 mayoral elections in Tuguegarao City due to “irregularities.”

The decision stemmed from the electoral protest of Soriano’s rival in the polls, Delfin Ting, who questioned the 1,205 lead that Soriano had over him. Ting belongs to a clan whose members held the city’s mayoralty seat for over two decades until 2013.

The protest alleged that there were “widespread fraud, irregularities and terrorism perpetuated” by Soriano’s camp.

Soriano said his rival did not have sufficient evidence to prove the allegations.

Comelec installed Caronan instead of Ting because “it cannot be reasonably determined who the real winner is.”

The Supreme Court in June 2014 upheld Ting’s protest filed with the Comelec, denying Soriano’s plea to dismiss the case.

After a technical examination, the Comelec found out that out of 5,547 signatures examined from Election Day Computerized Voters’ List (EDCVL), 1,662 were found be unidentical with those in the Voters’ Registration Record (VRR).

“The substantial number of signatures and thumbmarks found in the EDCVL to be not identical with those appearing in the VRRs is higher than the 1,205-lead of protestee over protestant,” Comelec said.

In July 2015, after the Comelec First Division ruled to proceed with the technical examination of the remaining ballots, the Comelec’s local office in Tuguegarao office were robbed of the EDCVL of the 2013 elections.

The robbery incident, the Comelec said, impaired its power to investigate the fraud, leading the poll body to proclaim not Ting but the elected vice mayor.

“To rule on either side, at this point would prove futile in determining the true will of the electorate,” the Comelec said.

The Comelec added that they cannot determine for whom the “questionable” 1,662 votes were for.

It said that substantial number of irregular signatures raised questions over Soriano’s victory.

During Soriano’s incumbency, he was suspended by the anti-graft court 3 times for other alleged anomalous transactions.

Raul Ting, son of Soriano’s rival Delfin Ting, questioned why Cagayan Governor Alvaro Antonio why he had not yet served the Sandiganbayan’s suspension order against the Tuguegarao mayor issued in November 2015. The case linked Soriano to the P131-million rubber boat scam in the Philippine National Police.

Soriano earlier said that he had filed a motion for reconsideration for his suspension order.

Soriano and Delfin Ting, alongside with Vice Mayor Engelbert Caronan, are running for mayor in May 2016.

On Tuesday, February 1, Soriano filed a motion for reconsideration with the Comelec. He said this “temporarily” blocked the implementation of the ouster order.

In a phone interview, he told Rappler on Tuesday, February 2, Section 2 of Rule 19 of the Comelec Rules of Procedure gives him 5 working days to file his motion for reconsideration. Such motion, the Comelec said, “suspends the execution or the implementation of the decision, resolution, order or ruling.”

He said this should force the first division to elevate his motion to the Comelec en banc. – Rappler.com