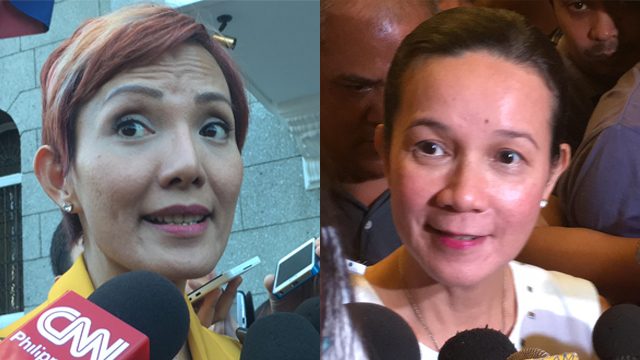 MANILA, Philippines (UPDATED) – One of the petitioners seeking the disqualification of presidential bet Grace Poe from the May 2016 election has asked the Supreme Court (SC) to conduct daily hearings for a faster resolution of the case.

In a two-page motion, lawyer Estrella Elamparo requested the High Court to hold continuous hearings since the elections is just 3 months away.

“Considering that time is of the essence and the importance of resolving this case soonest for the guidance of the electorate, petitioner most humbly requests that the oral arguments be set continuously on a daily basis, if possible, until completion,” Elamparo said.

Poe is facing the risk of disqualification after the Commission on Elections en banc ruled to cancel her certificate of candidacy for material misrepresentation about her citizenship and residency. She filed two petitions of certiorari to appeal the decision before the SC.

Poe’s camp welcomed Elamparo’s motion but said they would leave the decision to the SC, which now has the final decision on the candidate’s fate. Whatever the court says, her camp reiterated, they would abide by it.

“From day one, we have always emphasized that resolving the cases with finality is a stabilizing factor to our upcoming electoral exercise. To the same degree, we will leave it to the wisdom of the Good Court when it comes to prescribing timetables,” Poe’s spokesman Rex Gatchalian said on Monday, February 1.

The High Court also denied “for lack of merit” the motions filed by a certain lawyer Ellis Jacoba to intervene in Poe’s cases.

The SC has so far finished two days of oral arguments on Poe’s case, focusing only on the interpellation of the senator’s counsel Alex Poblador. (READ: Justice Leonen: Should SC let people decide first on Poe?)

It remains unclear how long the arguments would last and when the High Court would decide on the case. The temporary restraining orders it issued on the cancellation of Poe’s certificate of candidacy have no prescription period.

Oral arguments on Poe’s appeal are set to resume on Tuesday afternoon, February 2, at the SC. – with a report from Camille Elemia/Rappler.com