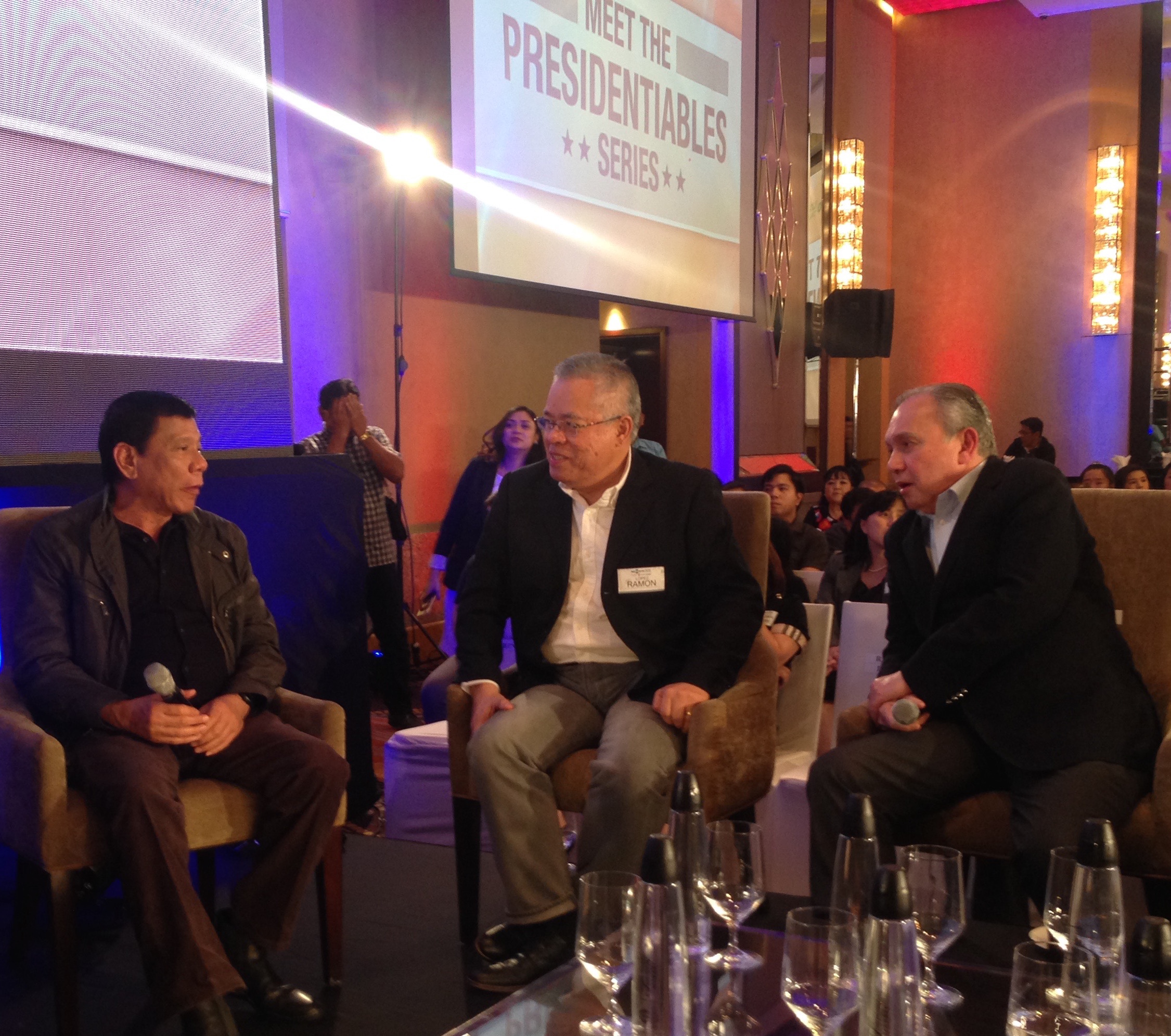 MANILA, Philippines — He is known for fighting crime and promoting peace and order, but Davao Mayor Rodrigo Duterte will need competent advisers to make good business decisions should he be elected as the next Philippine president.

This was the reaction of the panelists of GoNegosyo’s Meet the Presidentiables series with Duterte in Makati on Thursday night, February 4.

Duterte’s economic plans include easing barriers to foreign investments, allocating billions of pesos for micro, small and medium enterprises (MSMEs), and creating a committee to deal with the Philippines’ tax system.

“[If I’ll be elected as the next president,] I will put a sizeable amount in the trade department to help MSMEs. It could be billions of pesos. But before you release the money, they (entrepreneurs) have to be educated to be sure that the money isn’t wasted,” Duterte replied during the forum when asked if he will make any drastic changes to promote entrepreneurship in the country.

Asked if he is for the lowering of the Philippines’ personal and corporate income tax rates, Duterte said he is not privy to the matter.

“I am told to be careful about opening my mouth [regarding this matter], because conditions today might not be the conditions tomorrow. Someone told me: Let your experts do it. Do not commit anything. When you become the president, create a committee to deal with the business sector,” Duterte said.

When it comes to foreign ownership, the Davao mayor proposes allowing foreign corporations to as much as 70% ownership in all industries and leasing out lands by 40 years to foreign developers. (READ: Monopolies, duopolies hamper PH inclusive growth) 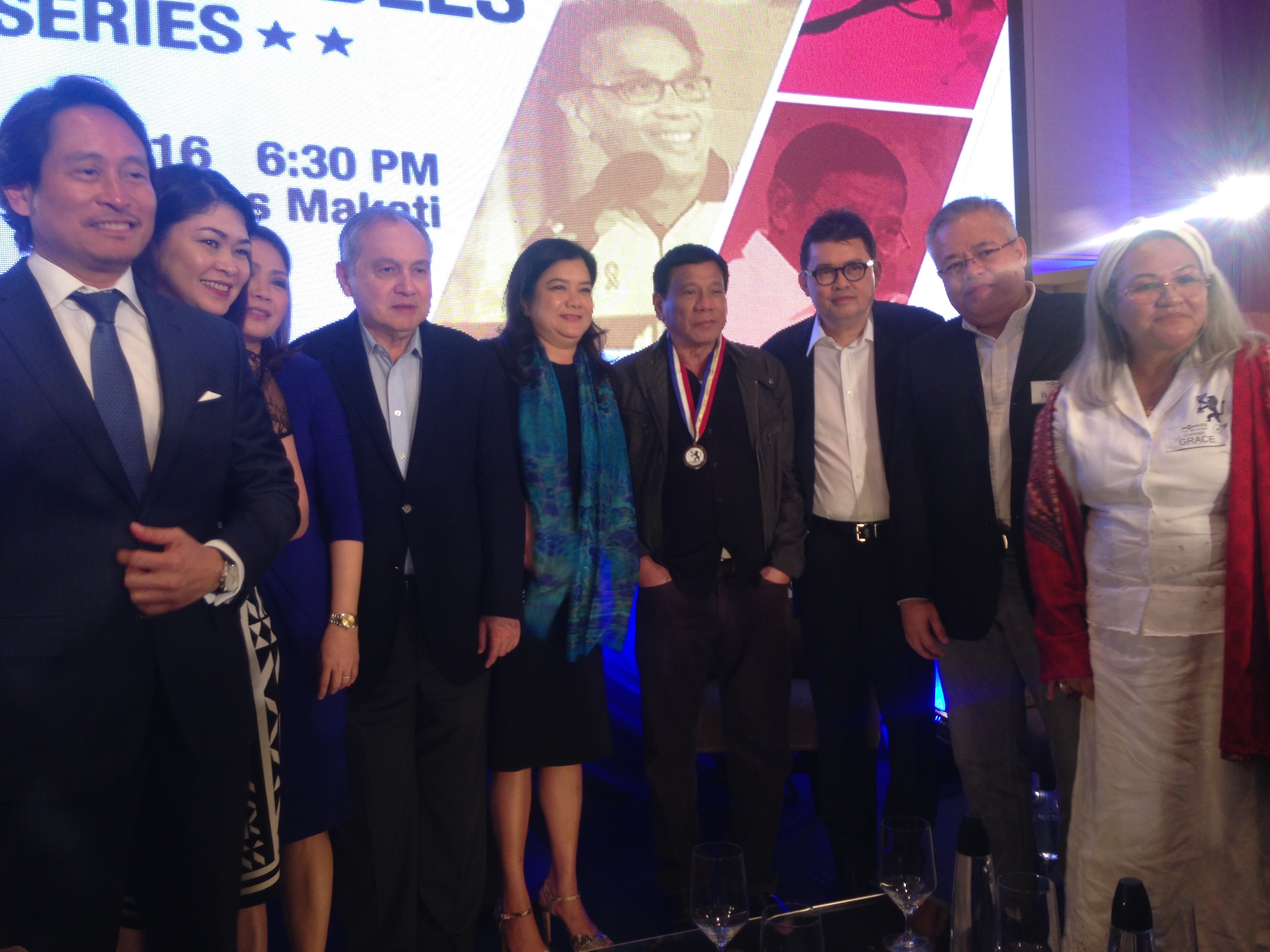 After his pronouncements, some of the panelists concluded business and economics are not his strength.

“He’s still not quite familiar yet with business and economics. I don’t think that’s his strength, but you can always get good people to help you,” Joey Concepcion, founder of GoNegosyo and CEO of RFM Corporation, said on the sidelines of the forum.

“Let’s put it this way, I think Duterte is really good. He would really eradicate crime and he’s not scared to go beyond the law. You can see that he’s determined,” Concepcion said. “As to whether he is good for business, I guess it is all we have to see.”

His remarks were echoed by R. Lapid’s Chicharon and Barbeque President Rey Lapid, saying Duterte will need good economic consultants should he be elected as the next Philippine president.

“For me, he is not that good yet when it comes to economics. He is very focused on fighting criminality and corruption. So he really needs many consultants to help improve our economy,” Lapid told Rappler after the forum.

Fighting crime is a good start

But with Duterte promoting peace and order, Concepcion said it is a good start for a better business climate. (READ: Duterte still best bet for president in 2016 – businessmen)

“When you fight crime, you have a peaceful nation. Then all the other things happen. You can see that he is against corruption and he lives a very simple life. That’s how he is,” the GoNegosyo founder said.

“He will do all the things he can do and use all resources to make things happen,” Lopez said.

“He (Duterte) can do something good in terms of improving the country’s business climate. In fact, I asked him earlier what drastic changes he can do to support entrepreneurship. He said something different, like speeding up business registration process.” he added.

Although the presidential candidate has no firm actions on improving business climate now that it is part of a borderless regional economic community, Lopez said his motives will guide him in the right path.

“Yes, I think he is okay for business because we all know what his priorities are and what he has done in Davao. So I think that is what he wants to replicate here: Solving corruption, fighting criminality. So when there is peace and order, it can help the development [of our business climate],” Lopez added.

Ernesto Pernia, a member of the team that drafted the economic policy for Duterte, said his group will meet next week to firm up Duterte’s economic reform program.

“We’ll have a small economic-policy-focused caucus with him next week,” Pernia, who is also an economics professor at the University of the Philippines, said in a text message. – Rappler.com