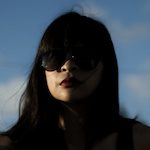 Facebook Twitter Copy URL
Copied
His name is a benediction, Jesus and Joseph and Mary rolling off the tongue. He is Jojo to his friends. He is Binay to the press. He is the defender of the downtrodden and the persecuted hero of the common man. Jojo Binay is family, and family looks out for family.”

The Imagined President: The Idealized

Rappler’s series of presidential profiles begins with the idealized candidate. Here, in the first of a three-part series, we present the narrative we believe best embodies a candidate’s ideal self. Our portrayal of the imagined candidate is based on how the candidates – and their supporters – project themselves. No candidate is perfect, but by parsing out the idealized narrative, we hope to prompt reflection on which virtues of leadership, at least in principle, appeals to us the most.

here are many and varied ways Jejomar Binay’s story can be told, but the way he has chosen is this: “Jojo Binay was not born into wealth and political prestige, nor did he taste the privileges accorded to the scions of the rich and powerful.”

It is the first line of his official biography. The orphaned son of a second grade school teacher and a government librarian, Binay is the boy who daydreamed of the presidency while slopping feed into troughs at his uncle’s pig farm. In the story he tells, he was not only poor, he was poor in a world where the very rich were born into power and privilege.

The arc that has made Jejomar Binay an icon is focused on drawing that line – rich against poor, oppressed against oppressor, class warfare stretched to its narrative extreme, with Binay firmly on the side of the victimized masses. See the man with the stoop to his shoulders and bags under his eyes, pressing palms, kissing babies, stretching out to embrace old women, grinning as he walks down a line of bright-faced school children.

His name is a benediction, Jesus and Joseph and Mary rolling off the tongue. He is Jojo to his friends. He is Binay to the press. He is the defender of the downtrodden, hero of the revolution, the persecuted champion of the common man.

In the spectrum of Filipino archetypes, Binay plays the godfather, not in the context of the black-suited pistol-cocking sons of Corleone’s mob, but as the adoptive uncle who stands beside proud parents at an infant’s baptism. He is the man who will leave the fat check after the wedding, send tuition every June, sign the bill for the hospital, and offer condolences at the funeral along with wreath and coffin.

Jojo Binay is family, and family looks out for family. This, he says, is how we are in Makati.

For two decades, he stood at the helm of his city, steering the “once backward municipality into a vibrant and modern metropolis.”

Makati offers health care, he says, because his mother died when he was 9, and she would have lived longer if there was money for hospitalization. He subsidizes education, because he worked his way through college and law school. School uniforms are free, and so are bottles of water in public classrooms, because he knows only facilities separate private school children from the children who grew up like him.

Jojo Binay, says his profile, “crusaded against political tyranny, inequality, injustice, ignorance and poverty, endearing him to the masses.” He is not like the poor he so publicly identifies with. He is the poor.

In his speech after he resigned from the Aquino Cabinet, Binay explained he could no longer condone the reality “that only so few profit from the gains that belong to so many.” His dream is a nation where many benefit from national progress.

Binay is educated and successful without the benefit of birth and privilege. He believes in reciprocity, and in acknowledging personal debts of gratitude. His welfare subsidies are not charity so much as the happy largesse of a family member who acknowledges the ties that bind.

He refuses the word dynasty – his is a family of service.

To the Binay camp, all allegations of corruption, in court or out, is only further proof of the government’s anti-poor agenda. He promises to be “the unifying president,” one who pursues the corrupt based on solid evidence instead of “your desire to see someone in jail.”

It may seem a contradiction in a country so clearly Western in its aspirations, but it is Binay, more than any other candidate, who personifies the achievable Filipino dream. He is a short man, dark-skinned and sunburnt, the physical embodiment of the working class Filipino. He has been called every variation of nigger and gnome in both broadcast media and online commentary. The attacks against him, at their worst, tend to be the most personal and vitriolic, using the word “nognog,” a derogatory term for the dark-skinned.

Binay points to Mar Roxas as “one of the leaders” behind the negative campaign against him. “They don’t want us poor to come together. They don’t want me to lead the fight against poverty, to have jobs. You know what nognog means; it’s slur for small, dark-skinned people,” he says.

The current slew of Binay ads highlight every insult, framing them as battle scars of the class struggle. For the millions who identify with him, the assault on him is an assault on them.

“They ganged up on me a full year,” Binay said in his September 2015 ad. “They filled 24 hearings with rumor and malice. They paid no attention to the documents we sent and the explanations we gave. They never intended to hear out the truth. They had one goal: To destroy my 4 decades of service to you.”

“I may be pained by my circumstances, but it is nothing to the pain you suffer every day, the agony, the lack of hope.”

Through the lens of a Binay campaign, all suffering by the poor can be laid at the feet of the rich and the privileged. The poor man on the street corner is poor not because he is shiftless or criminal or lazy or plain unlucky. The poor man is poor because the rich stole his future and condemned him and his children to lives that are nasty, brutish, and short.

“This is why my resolve to put into effect real change becomes ever stronger. Change towards a better life for each Filipino. Comfort in the lives of every Filipino.”

His name is a benediction, Jesus and Joseph and Mary rolling off the tongue. He is Jojo to his friends, he is Binay to the press, he is the defender of the downtrodden, and the hero of the common man.

There are many and varied ways Jejomar Binay can tell his story, but the way he has chosen is this: When you vote for Jojo Binay, the man you vote for is you. – Rappler.com

(Editor’s note: All quotes have been translated from their original form to English).