MANILA, Philippines – You’re probably wondering what this week’s fuss is all about – when candidates on Tuesday, February 9, launch their campaigns in big, colorful rallies in Metro Manila and other provinces.

Tuesday marks the start of the official campaign period for national candidates and parties. It’s when you see more and more of your candidates in photoshopped or real form – whether on TV, on Facebook, or in the flesh. (READ: Campaign trail: Where the candidates are, Feb 8-14)

It gets more intense from today. And last week’s events capture that intensity.

Senator Grace Poe bounced back in the surveys and retook the lead that was snatched from her last year by Vice President Jejomar Binay. The two are the leading contenders in the Philippines’ 5-way presidential race. Ironically, they’re both mired in legal battles: Poe on questions about her citizenship and residency, and Binay on corruption allegations which were revived last week when the Ombudsman upheld the filing of criminal charges against him, his son, and many others. Another revival came in the form of Ronnie Puno, the Ramos-Estrada-Arroyo veteran who’s a has-been no more as Binay confirmed old rumors of him being a key campaign adviser.

Duterte behaves before businessmen but goes on kissing spree 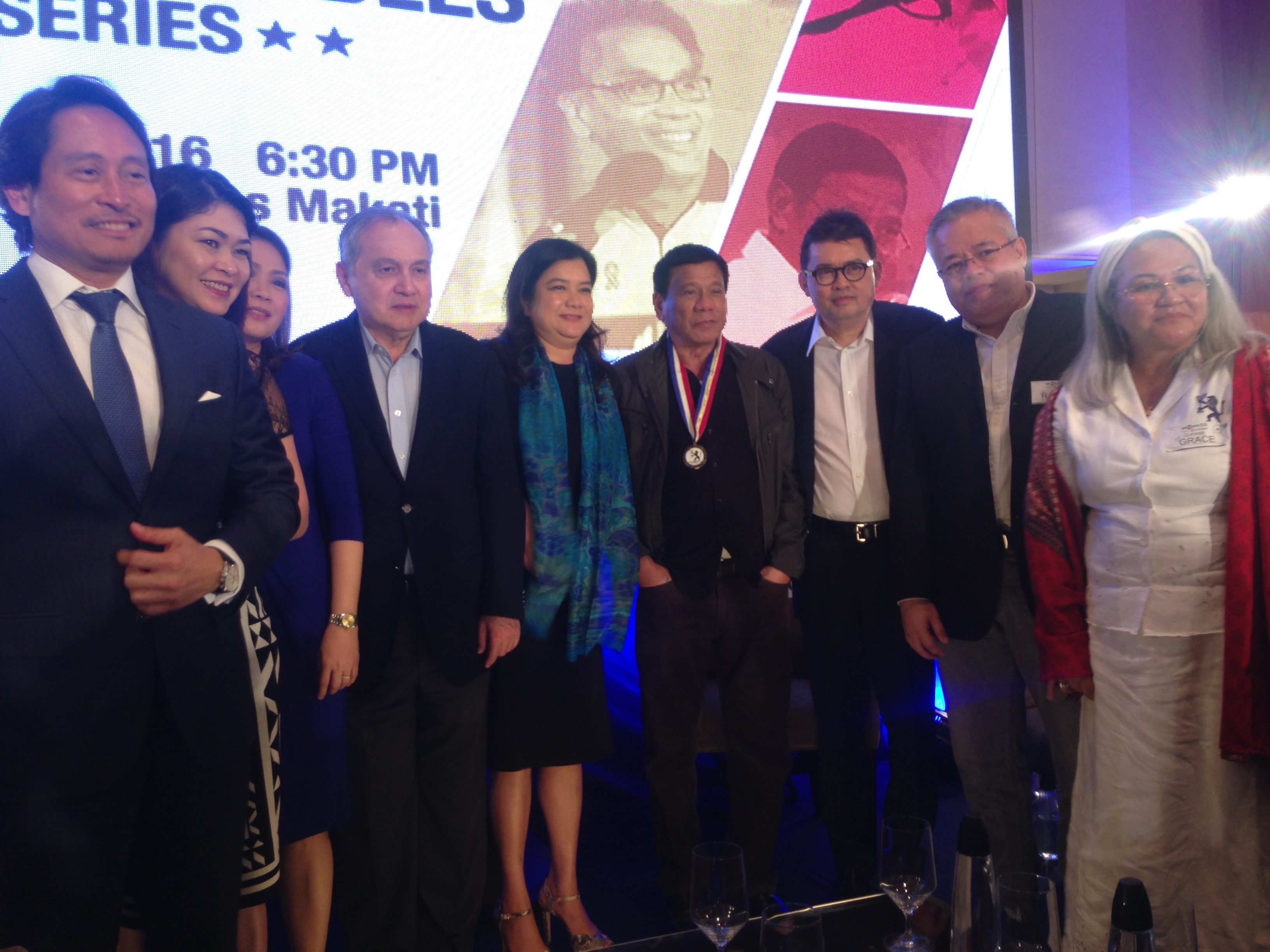 The Davao City mayor has been spending a lot of time in the metro, and for good measure. He wants to strengthen his hold in the National Capital Region, which made him their 2nd choice in December. That support dropped tremendously in January, per Pulse Asia’s latest survey released last Saturday, February 6. Last week, as the Comelec dismissed disqualification cases against him, Duterte did the rounds with businessmen, meeting them separately at the Wallace Business Forum and Go Negosyo event. No fireworks there. While he called for responsible mining, the businessmen were not so impressed. In a campaign in Pampanga later, Duterte was back in his old game: swooning over women and kissing them – with his tongue out, he said – in full view of the media. Rappler multimedia reporter Pia Ranada caught it all in video, which as of today has been watched by at least 700,000 people.

The scion of the ousted dictator is launching his campaign Tuesday in the heart of Ilocandia – Batac, the hometown of his father and where the late strongman’s remains are on display. Will martial law victims hound him there? Last week, victims of human rights abuses under Marcos formed a coalition to stop Bongbong Marcos’ vice presidential bid. It’s aptly called CARMMA (karma): Campaign Against the Return of the Marcoses to Malacañang. And the response of Marcos loyalists? “Bongbong into my heart.”

Marcos Jr is running second in a 6-way race for vice president, based on the latest Pulse Asia survey. Leading the survey is Senator Francis “Chiz” Escudero, who also counts Ilocos as a stronghold based on his votes there in previous elections. If Marcos has his past to deal with, Escudero has a wedding to explain. 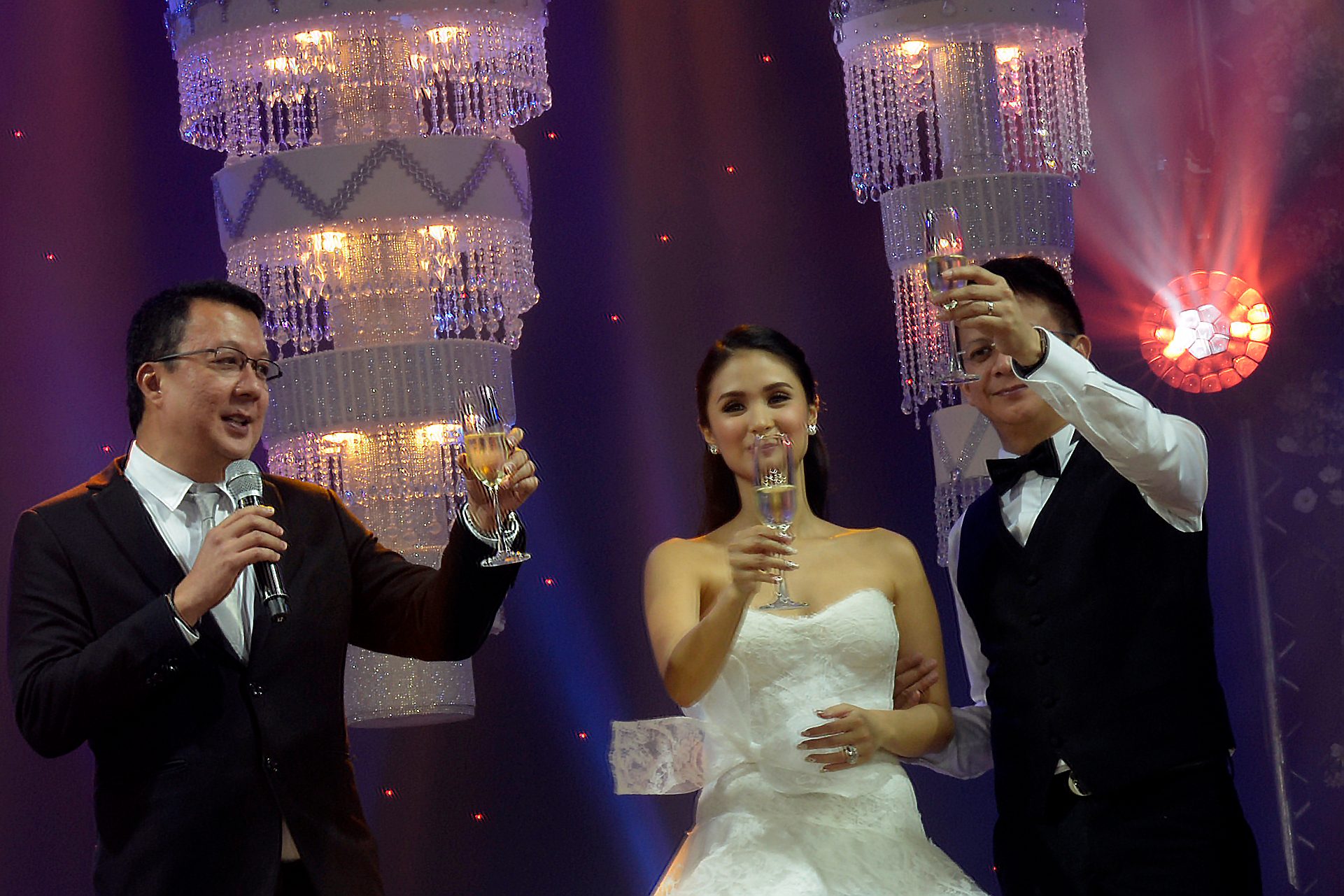 In an ABS-CBN interview last Friday, February 5, Escudero admitted that it was Marcos crony Roberto Ongpin who paid for his posh wedding in Balesin. He sees no conflict of interest there, because in this case he preferred Ongpin to be his ninong than perform his duties as a lawmaker. After Ongpin paid for the wedding, Escudero skipped a Senate probe into alleged shady deals that the business tycoon entered into with a government bank. So what’s the conflict there, Escudero asked, to the utter shock of some netizens. 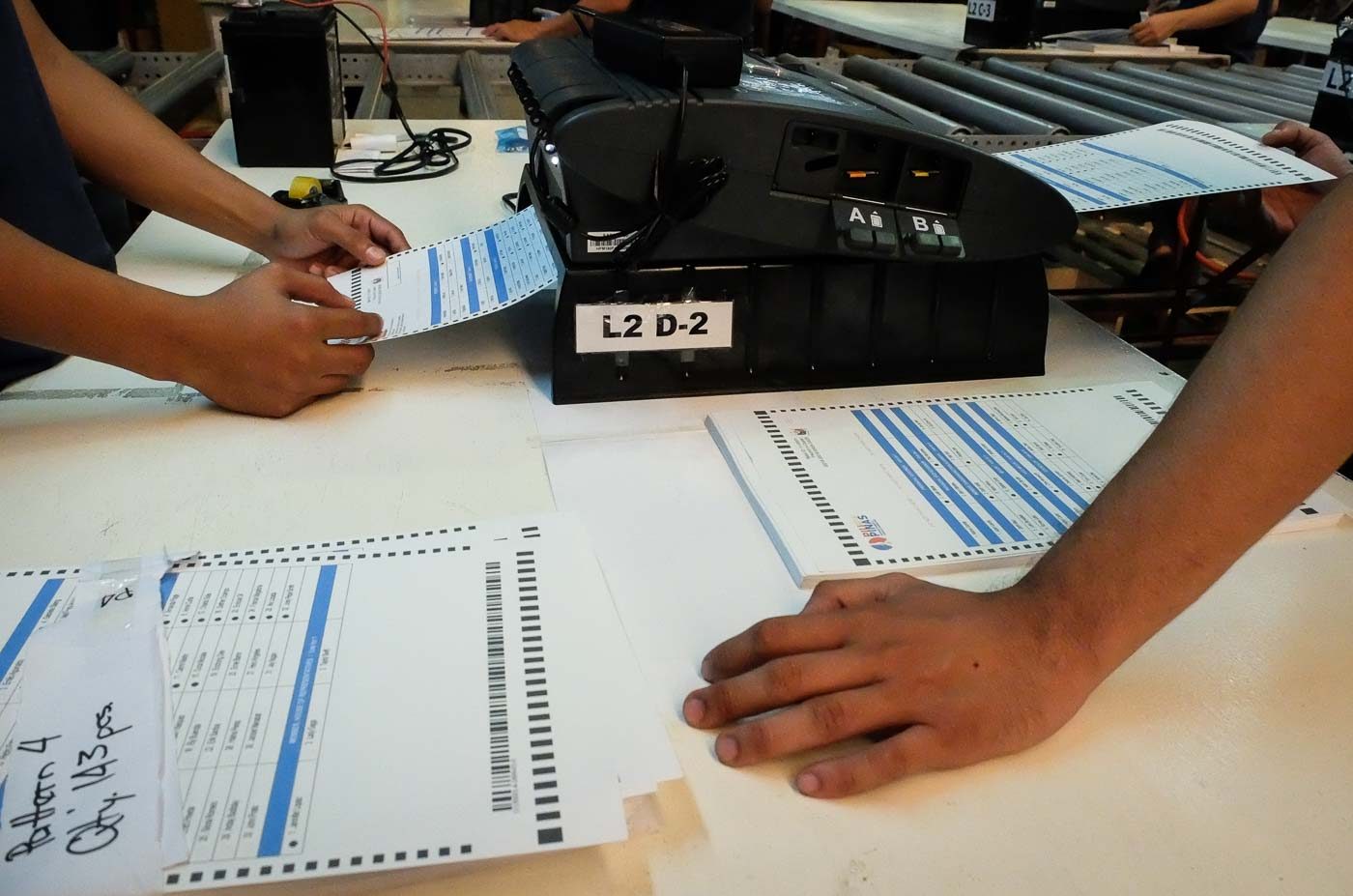 And before you forget: The Commission on Elections reduced the voting hours on election day, May 9. Precincts will open at 7 am and close at 5 pm, not 7 pm as in previous elections. If you want to check how the machines that will count your votes are being protected, you may notify the Comelec and visit its warehouse in Sta Rosa, Laguna. The poll body opened it to the media last week. – Rappler.com