Comelec to SC: Due process observed in Grace Poe case 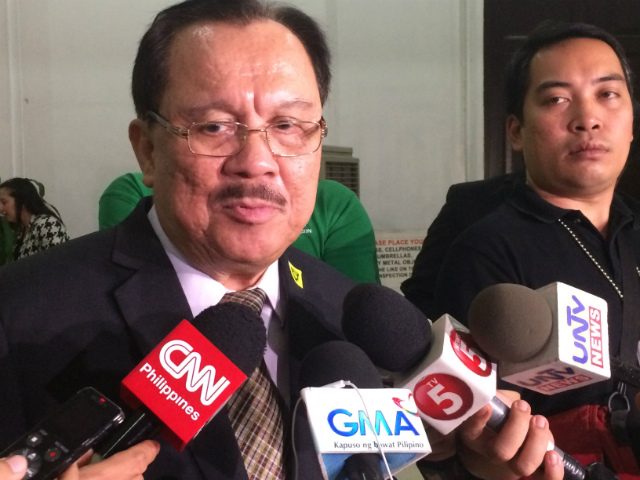 MANILA, Philippines – The Commission on Elections (Comelec) denied on Tuesday, February 9, that it did not observe due process when it ruled on the disqualification cases hurled at presidential candidate Senator Grace Poe.

(We deny in the strongest possible terms that there was denial of due process….We are only doing our mandate as an office. What prevails here is our job and nothing else.)

He was reacting to the questions of SC Justice Francis Jardeleza who, during his interpellation on Tuesday, repeatedly said that Comelec “may have crossed the line” and deprived Poe of her rights to due process.

But Lim reiterated the issue before the SC is whether the Comelec, as accused by Poe’s camp, committed grave abuse of discretion in cancelling her certificate of candidacy for president.

Jardeleza asked Lim if the Comelec made findings of fact based on other pieces of evidence submitted by Poe, and not just the admission that she is a foundling.

The SC justice noted that none of the Comelec en banc decisions explained why Poe’s camp did not meet the quantum of proof.

“I can tell you honestly that during our deliberations – and I can vouch for this personally because I belong to the second division, and then deliberated on the Comelec en banc – we discussed the nitty-gritty. We have our own writing style, but judges write and present facts differently,” Lim clarified.

He repeated this after the oral arguments.

“I explained to the Court that perhaps what is at issue is writing style: different judges write differently, but there is one common denominator that will assure validity for all decisions, which is that as required by the Constitution, every decision of a court or of a quasi-judicial body must set forth clearly and distinctly the facts and the law on which it is based,” he said.

Lim said both Comelec decisions are “complete” with such facts, but they leave it up to the SC to decide whether the poll body committed grave abuse of discretion or not.

The SC is hearing oral arguments on the consolidated petitions filed by Poe seeking for a reversal of the Comelec’s decision that bars her from running in the 2016 presidential race.

Poe, who remains the leading presidential contender in  pre-election polls despite her disqualification cases, officially launched her campaign on Tuesday at Plaza Miranda in Manila. (READ: Grace Poe: Yes, my life is ‘full of drama’ like most Filipinos)

The 5th round of SC oral arguments is scheduled on Tuesday, February 16. – Rappler.com