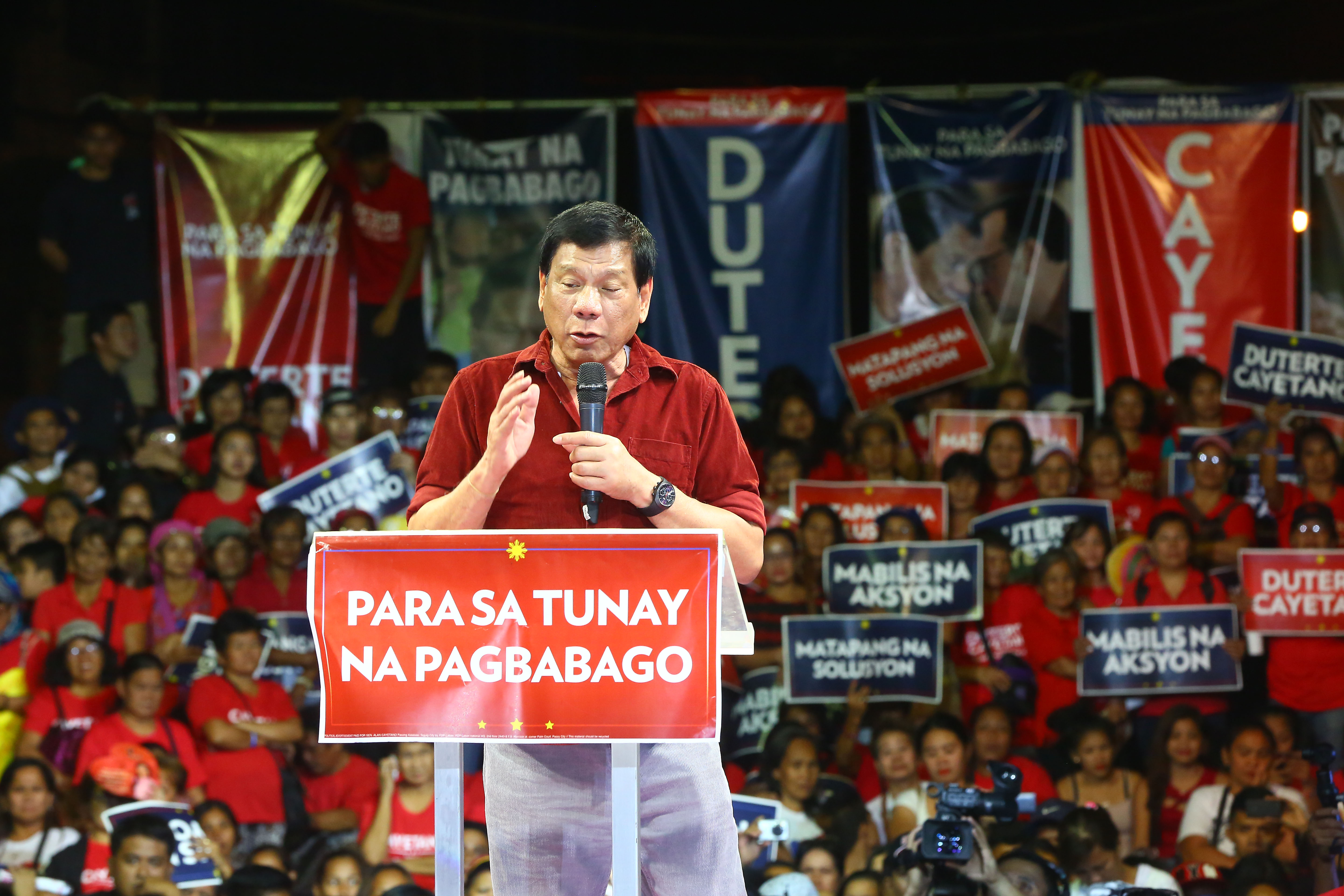 MANILA, Philippines – A government that truly puts the people first.

This was the campaign promise of Rodrigo Duterte and Alan Peter Cayetano during their proclamation rally on Tuesday, February 9.

To illustrate his point, Duterte shared his frustration with the Aquino administration’s seeming disregard for the public good.

With his usual forceful speech and rainfall of expletives, Duterte slammed how the current government hosted the Asia-Pacific Economic Cooperation (APEC) summit in November 2015.

The high-profile week, in which Manila hosted over a hundred world leaders, was disruptive – causing flight cancellations, road closures, and cancellation of classes and work. (READ: With Roxas Blvd closed for APEC, commuters forced to walk)

(Who am I angry at? I’m angry for you! Not for myself. I saw the closing of EDSA, the boulevard, airports, 5 days without airplanes and on EDSA, I saw you all getting off, walking in the heat, and a pregnant woman gave birth on the side because she could not go to the hospital. Motherfucker! What kind of government is this?)

His tirade elicited applause and cheers from the crowd gathered in an intersection of streets in Tondo.

The hassle to millions of Metro Manila residents could have been avoided, said Duterte, if the government held the APEC Summit in Subic, Zambales.

This was precisely what former president Fidel V. Ramos did when his administration hosted APEC for the first time in 1996.

(Ramos, during the first APEC, he held it in Subic. It should have been held there. Imagine, in the heat, children, women were getting down.)

Subic Bay Freeport Zone is a former military base transformed into a major duty-free and tax-free economic zone just outside congested Metro Manila.

Outfitted with international airports and a good network of roads, it has become one of the country’s busiest economic hubs.

Duterte concluded this part of his speech by saying, “Government of the people. Maybe. Government by the people? Maybe. Pero putang-ina itong gobyerno (but this motherfucking government), it is not for the people.”

Duterte had previously said his government would do its best not to interfere with the daily routines of citizens.

If he wins as president, Duterte promised to hold his oath-taking in the President’s office in Malacañang, instead of in Rizal Park as is customary.

This is to avoid traffic jams and minimize disruption that such a ceremony would likely cause, he said. – Rappler.com