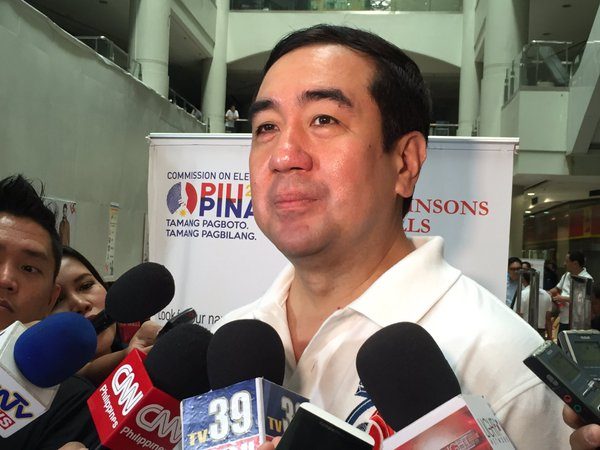 MANILA, Philippines – Journalists from Cagayan de Oro City in Mindanao are crying foul over alleged discrimination in the media coverage for the presidential debate organized by the Commission on Elections (Comelec) on Sunday, February 21.

The debate is the first in a series to be mounted by media companies that signed a memorandum of agreement (MOA) with the poll body.

In a statement on Sunday, February 14, the Cagayan de Oro Press Club said that the organizers of the first debate – GMA-7 and the Philippine Daily Inquirer, plus the Kapisanan ng mga Brodkaster ng Pilipinas (KBP) as debate coordinator – “allotted only 5 slots for local editors / publishers as debate audience and 5 slots for newspaper reporters.”

The press club added that only 5 newspaper reporters would be allowed access to the media center for the event, where the debate would be shown via video monitor.

“We see this to be a clear case of discrimination towards the province-based media. There have been many instances in the past when Manila-based media organizations have condescended on the provincial press. The presidential debate in the city is no exemption,” said the Cagayan de Oro Press Club.

“It is our position that the presidential debate is far too important, and should be beyond corporate media’s quest for higher ratings and wider readership.”

Several officers and members of the Cagayan de Oro Press Club posted the statement – as approved by their board – on Sunday.

The press club also said that there are suggestions for local media to boycott the debate, but they remain hopeful that the organizers would change their minds.

“The people’s right to know must weigh far heavier than any media entity’s ‘exclusive rights’ to an event that is clearly of national interest,” the Cagayan de Oro Press Club added. “We are all stakeholders.” The Bangsamoro National Movement for Peace and Development (BNMPD) expressed support for the journalists and called for respect for locals.

“I thought the objective of having the presidential debates outside Metro Manila is to cater to the questions and concerns of people living outside it,” said BNMPD vice chairperson Drieza Leninding.

“This imperialistic attitude being imposed by the elite who want to frame the 2016 elections according to their corporate interests should be condemned.”

In the MOA that media companies signed with the Comelec last January 13, the parties said that the presidential debates aim to help voters make “informed choices” and should “encourage candidates to focus on substantive issues.”

It was also stated that the Comelec “shall provide guidelines for media coverage of the debates in accordance with election laws” and the MOA.

Rappler will work with CNN Philippines and BusinessMirror on the vice presidential debate set for April 10.

Rappler earlier asked the Comelec to equalize access to coverage of the presidential debates that other networks are organizing.

In a letter submitted to Comelec Chairman Andres Bautista on January 22, Rappler stressed that the debates, which have the official stamp of the poll body, are imbued with public interest.

Thus, it is critical that all media groups have equal ability to deliver news and information about these important debates in the fastest and most comprehensive manner. – Rappler.com