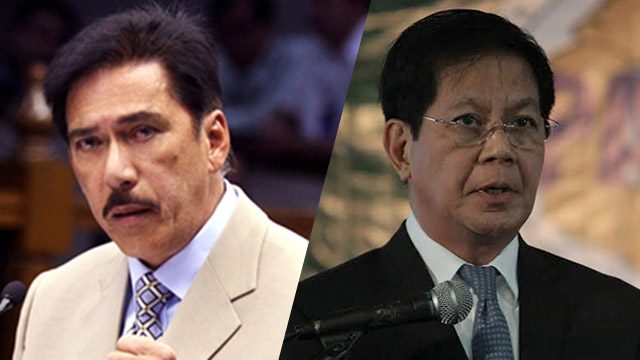 Sotto dropped to 52% in the SWS February 5-7 survey from his comfortable 56% in the same polling firm’s January survey. Lacson’s numbers are unchanged at 49%. The SWS poll was first published by Business World.

The two candidates have long held a significant lead over the other senatorial candidates, allowing them to stay ahead in spite of movements in their numbers.

Behind them for ranks 3-7 are re-electionist and comebacking senators: Ralph Recto (46%), Francis Pangilinan (42%), Franklin Drilon (40%) and Juan Miguel Zubiri (38%), Senator Sergio Osmeña (37%). Their numbers have moved slightly up or down but have maintained their rank in the survey.

Senator Teofisto Guingona III has been registering poorly in the polls, relative to his fellow incumbent senators. He is in among 7 candidates fighting for the last 5 slots in the so-called “Magic 12.”