PDP-Laban: No official senatorial line-up yet for Duterte-Cayetano 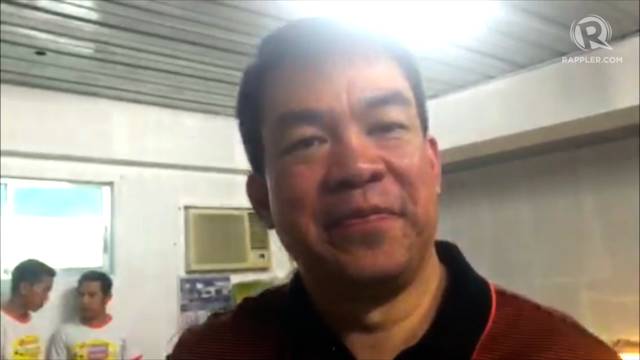 Jueteng whistle-blower Sandra Cam is also applying but “she does not have the inside track,” said Pimentel.

Cam supposedly got angry at the staff of Alan Peter Cayetano for allegedly preventing her from delivering a speech during PDP-Laban standard-bearer Rodrigo Duterte’s proclamation rally on February 9.

But Pimentel said Cam had no right to feel bad about the incident.

Cam, however, said, that pending the PDP-Laban decision, she is moving and is actively campaigning for Mayor Duterte.

“I move around I am campaigning for Duterte,” she told Rappler.

Cayetano has told media that there are no senatorial candidates officially endorsed by the tandem.

“As for the senatoriables, wait for his decision and the campaign team’s on who is officially in. But the entire tandem has not yet decided whether or not to endorse anyone,” he said on February 11.

The senatorial candidates applying for PDP-Laban membership are often seen with Duterte during sorties. After speaking, Duterte mentions them so they can be recognized by the crowd.

“There are individual friends of the mayor, individual endorsements and the mayor is very kind but we never announced that we have an official DC slate. There are meetings ongoing for the campaign team to communicate that to them,” said Cayetano.

He added that one factor to consider in endorsing an entire line-up of 12 senators is the cost of bringing them to sorties.

“Right now, the focus of the campaign team is to put Mayor Duterte in Malacañang…We have to make sacrifices for individual campaigns so for those who truly love Mayor Duterte, let’s sacrifice also a bit,” said the senator. – with reports from Pia Ranada/Rappler.com