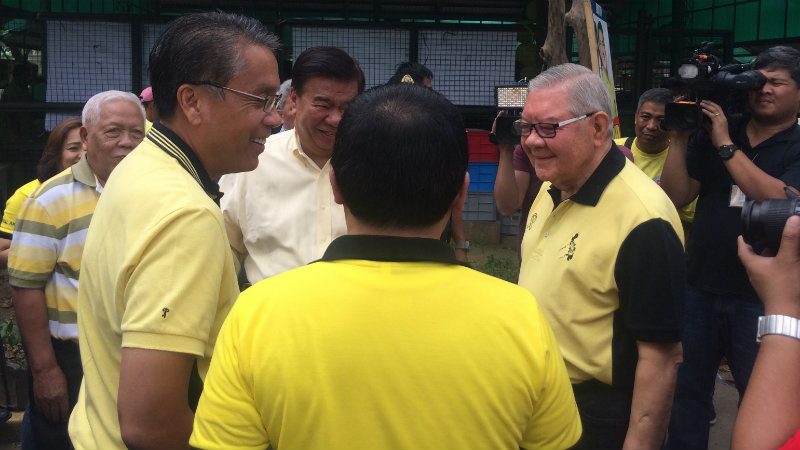 Facebook Twitter Copy URL
Copied
But even if Quezon City officials don yellow, clinching the nod of the vote-rich city might not be that easy for the LP tandem

MANILA, Philippines – In an electoral contest that’s proving to be tighter and tighter as the months progress, Liberal Party (LP) standard-bearer Manuel Roxas II and running mate Leni Robredo have found staunch allies in politicians from the most vote-rich city in the country: Quezon City.

Quezon City officials aren’t only campaigning for the LP tandem in their respective districts, but all over the country. (READ: Can ‘Daang Matuwid’ win a Philippine election?)

“Marami akong utang sa Quezon City (I owe a lot to Quezon City),” Robredo told reporters on Wednesday, February 17, on the sidelines of a 4-stop visit around the city, home to over 1.1 million registered voters.

Many of the city’s congressional representatives serve as either proxies of the pair in sorties around the country, or play crucial roles in their campaigns.

Vice Mayor Joy Belmonte is the national chairperson of the Lakas ng Kababaihan Leni for VP Movement, while 5th district representative Alfred Vargas is among Roxas and Robredo’s proxies in events. 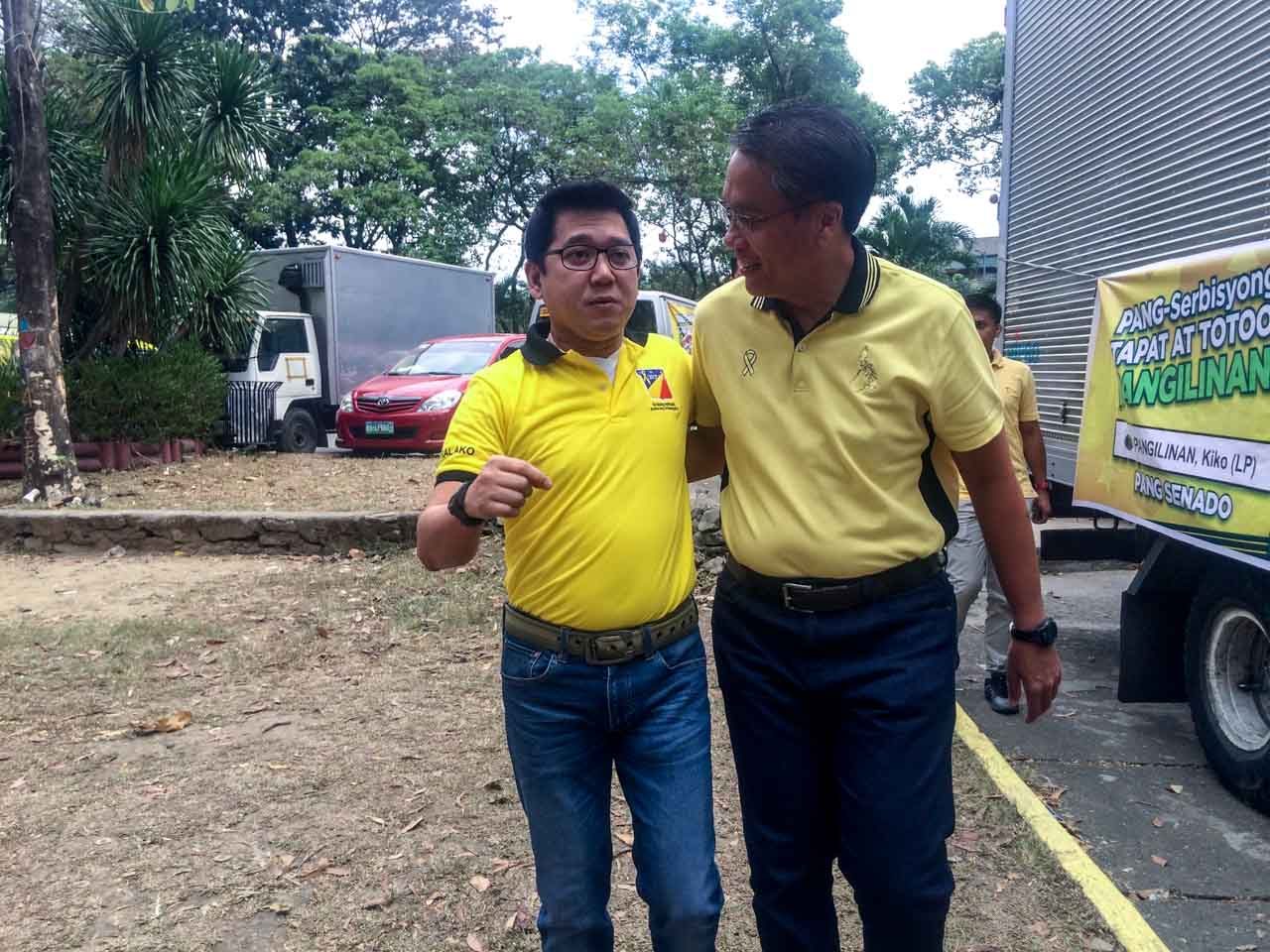 Mayor Herbert Bautista heads the LP’s efforts to campaign for its “Daang Matuwid” slate not only in Quezon City but in the entire National Capital Region (NCR). 4th district representative, House Speaker Feliciano Belmonte Jr, meanwhile, is the campaign manager of the LP-led coalition.

That Quezon City officials are rooting for both Roxas and Robredo is unsurprising. Most of the city’s incumbent elected leaders are members or allies of the Liberal Party – from its mayor, district representatives, to city councilors.

Most of its incumbents are also running unopposed in 2016.

But even if Quezon City officials don yellow, clinching the nod of the vote-rich city might not be that easy for the LP tandem. When Roxas ran for vice president in 2010, he lost in the city – albeit by a slim margin – to the eventual winner, Vice President Jejomar Binay.

Metro Manila, home to more than 6.2 million registered voters, traditionally vote for the opposition. True enough, Roxas and Robredo are among the weakest in the mega city, according to the latest preference polls.

Only 10% of NCR residents polled in Laylo Research Strategies’ January 2016 survey said they would vote for Roxas. That places him at a distant 4th behind Senator Grace Poe, Binay, and Davao City Mayor Rodrigo Duterte.

During the first of Roxas and Robredo’s 4-event blitz around the city on Wednesday, Bautista called on barangay leaders to support the duo.

(We’re facing each other, all of us here, we will support the LP national candidates: President Mar Roxas, Vice President Leni Robredo, and all the 12 senators. Everybody is on board. Cesar already told me, the presidents of district 2 told me, the president of all barangay kagawads of all districts told me: we will work hard, we will make sure that the Mar Roxas-Leni Robredo slate wins here in Quezon City.) Roxas, Robredo, and several of their senatorial candidates met with leaders of the 4th, 5th, and 6th districts over dinner later in the day.

Belmonte made the same pitch, calling on local officials to rally their connections and resources to campaign for Roxas and Robredo.

Roxas, Robredo, and the “Daang Matuwid” senatorial slate are banking their 2016 run on the promise of continuing the supposed gains of the current administration.

Speaking to reporters on Wednesday, Roxas said Quezon City was a good example of how good leadership – and continuity – can bring progress.

How will LP ensure win in vote rich QC? Most officials are members of ruling party https://t.co/R4KaQpzgNY

Before Bautista took over, Speaker Belmonte was mayor of the city. His daughter, Vice Mayor Joy Belmonte, is expected to run for mayor when Bautista completes his 3rd and last consecutive term.

In speeches before residents of the city, Roxas vowed to continue key programs under the Aquino administration: the bottom-up budgeting program, the Pantawid Pamilyang Pilipino Program, and its expansion of PhilHealth coverage.

(No drama, just work. We’ll let them know what we can do, what we’ve done and where we want to take this country.) – Rappler.com