Robin Padilla to campaign for Duterte for free – camp Padilla was headed for Hong Kong on Sunday with Duterte’s youngest son Sebastian to campaign for the Davao City mayor among overseas Filipino workers (OFWs).

They are expected to attend a gathering of OFWs in Chater Road, located in Hong Kong’s central business district. The event is expected to draw around 5,000 OFWs, said Duterte’s campaign team.

(All the presidents we’ve had are the same. Only Duterte is different. He is our last card.)

This is not the first time Padilla has expressed support for Duterte’s presidential bid. When the mayor was still undecided about the presidency, Padilla said his birthday wish was for Duterte to run. He has also offered to make a movie based on Duterte’s life.

Insiders said that it was Padilla who funded Duterte’s Christmas season political advertisement.

The actor, who converted to Islam, supports Duterte’s pitch for federalism and development for Mindanao. 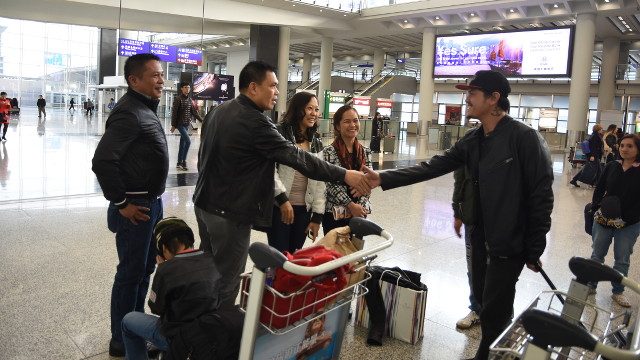 The Hong Kong sortie happens on the same day as the first Commission on Elections presidential debate to be held in Cagayan de Oro.

Duterte has confirmed his attendance to the debate, while Sebastian is set to deliver his father’s message during the OFW gathering.

Hong Kong has among the highest concentration of OFWs in its territory. Over 180,000 Filipinos are said to be working there. – Pia Ranada/Rappler.com