LP’s Quimbo: Presidential debate ‘not about being kind to each other’ 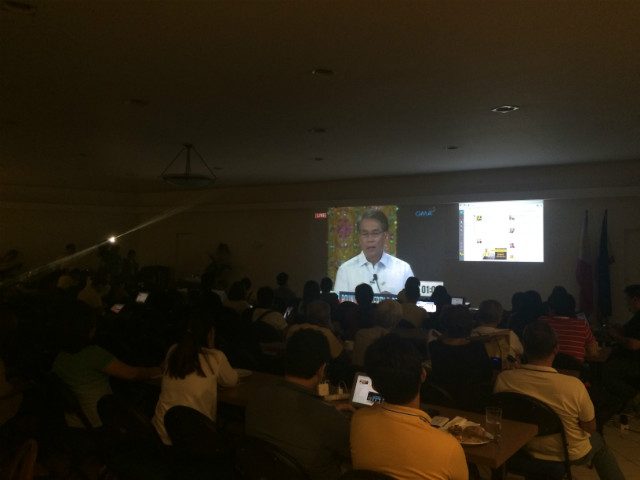 MANILA, Philippines – Liberal Party (LP) standard-bearer Manuel “Mar” Roxas II was the last to talk during the first round of the presidential debate held Sunday, February 21, in Cagayan de Oro.

For Marikina Representative Miro Quimbo, the administration bet had the “more concise, very clear answers” among the candidates.

The first round centered on the 5 presidential candidates’ track record, performance, and issues as public servants. During his turn, Roxas was asked about the usual criticisms hurled at him – the notorious Metro Rail Transit (MRT) system and Super Typhoon Yolanda (Haiyan).

He was quick to explain what went down during the MRT deal and what he did during Yolanda, and did not hesitate to take a jab at Vice President Jejomar Binay.

Quimbo commended Roxas for saying it as it is.

“I think what’s important here is that you need to be able to call on your opponents, the rest of the candidates are not doing. We cannot be wasting the opportunity – it’s a debate, it’s not about being kind to each other but rather it’s about pointing to what specific issues are and what other candidates lack,” said Quimbo, one of the “Daang Matuwid” coalition’s spokespersons.

But Binay quickly reacted to Roxas’ statement, saying at least he saw many things from his helicopter, unlike the former interior secretary who “pagkatapos sa Leyte nawala na” (went missing after going to Leyte).

Based on Rappler’s analysis, Roxas won the first round of the presidential debate.

“He’s shown he’s the only candidate who has had a track record that’s been unblemished by issues on corruption or by being abusive or human rights violations. Senator Grace Poe has very little experience,” Quimbo said.

“I think what the debate measures is not whether who actually has the best experience but rather who did the best in terms of answering the question, and I think it’s Mar Roxas.”