In Manila, Roxas supporters also cheer on Santiago during debate 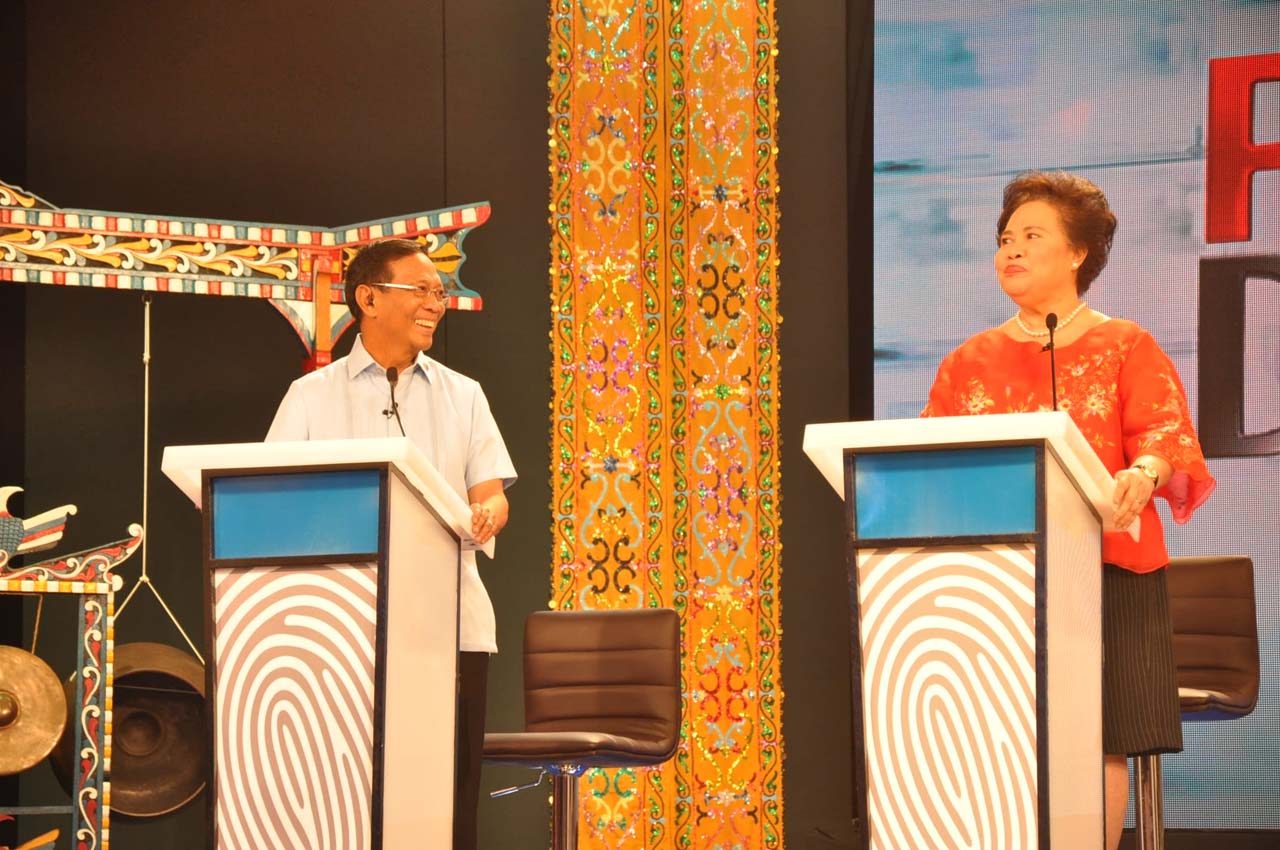 MANILA, Philippines – Supporters of administration bet Manuel “Mar” Roxas II trooped to the Liberal Party headquarters in Cubao on Sunday, February 21, to watch the first presidential debate organized by the Commission on Elections.

That they rooted for their presidential bet is a given, but another candidate received loud cheers from the sea of yellow: Senator Miriam Defensor Santiago.

Right after the heated exchange of Roxas and Vice President Jejomar Binay during the 3rd round, Binay faced off with the feisty senator on the topic of political dynasties.

But Santiago was quick to criticize Binay, whose family members hold key national and local posts.

(The anti-dynasty provision is found most of all in our Constitution… The Constitution already said it. Until now, the anti-dynasty bill has not yet been enacted… The truth is, there’s self-interest there. They want dynasties because they belong to one.)

Binay shot back at Santiago and said she had a son who was elected into public office, but the senator clarified it was just for one term as party-list representative.

During that round, the LP crowd was especially lively. Marikina Representative Miro Quimbo said people found it funny because the senator was taking a swipe at Binay.

“I think Miriam will always be Miriam, she will always come up with the funniest quips, but I think people will also find it funny because Miriam was really hitting most of the time Vice President Binay,” Quimbo, one of the “Daang Matuwid” coalition’s spokespersons, told reporters after the debate.

Quimbo said that aside from Roxas, Santiago also fared well during the debate.

“I think Senator Miriam always fares well, especially when it comes to this kind of debate. You see she has a vast, deep knowledge about the law, but outside of Miriam, I think nobody – as far as I’m concerned – nobody came close to the level of knowledge as well as laying down the plan than Mar Roxas,” he explained.