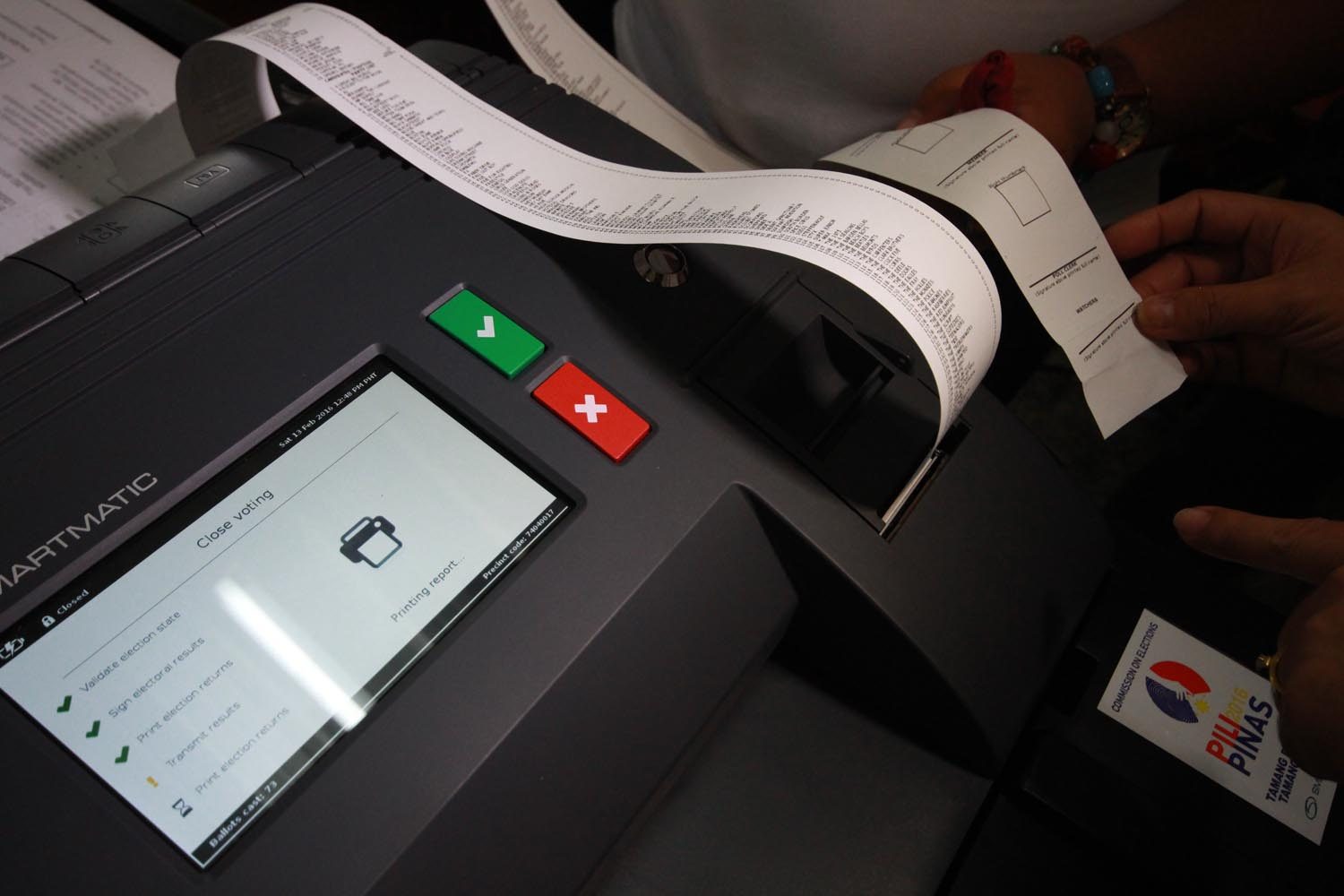 MANILA, Philippines – Almost 4 in 10 Filipinos expect cheating to happen in the May 2016 elections, according to Pulse Asia’s January survey on election-related probes.

The survey, conducted from January 24 to 28, shows that 39 percent or “a sizeable plurality of Filipinos” believe cheating will take place in the presidential polls.

Of this number, 65 percent cite vote-buying as the most likely form of cheating. Meanwhile, 32 percent of the total respondents are unsure while 29 percent do not expect any electoral cheating.

Other forms of cheating mentioned are tampering with vote counting machines, changing of the actual vote count, the hiring of flying voters, and threats to voters and election officers, among others.

Geographically, Mindanao has the highest expectation on cheating, with 56 percent. Visayas follows next with 42 percent, followed by the rest of Luzon with 31 percent. Metro Manila registered the lowest expectation on electoral cheating with 29 percent.

The survey was based on a multistage probability sample of 1,800 registered voters nationwide. It has a margin of error of ± 2 percentage points nationwide while ± 6 for Metro Manila, ± 5 for Visayas and Mindanao, and ± 3 for the rest of Luzon.

Some pertinent issues during the survey period were the word war between Commission on Elections Chairman Andres Bautista and Comelec commissioner Rowena Guanzon, the delay in the printing of ballots, and the Supreme Court oral arguments on the disqualification cases against presidential bet Senator Grace Poe, among others.

“One should not vote for candidates who have children, spouses, siblings or parents who are current or former elected government officials.” Results show electoral support or non-support for politicians belonging to political dynasties is split three-ways and is generally unchanged between March 2013 and January 2016.

Thirty-two percent of respondents agreed that members of political families should not be voted into office, 34 percent saw nothing wrong with electing members of dynasties, while another 34 percent expressed indecision.

Meanwhile, a separate question asked respondents to agree or disagree with the following statement: “The May 2016 elections will be clean and the results credible for the citizenry because the counting of votes is automated.”

Results show almost half of Filipinos or 48 percent expect the May 2016 elections to be clean and credible because of automation, 15 percent doubt it will be the case while 36 percent is undecided on the matter. – Rappler.com