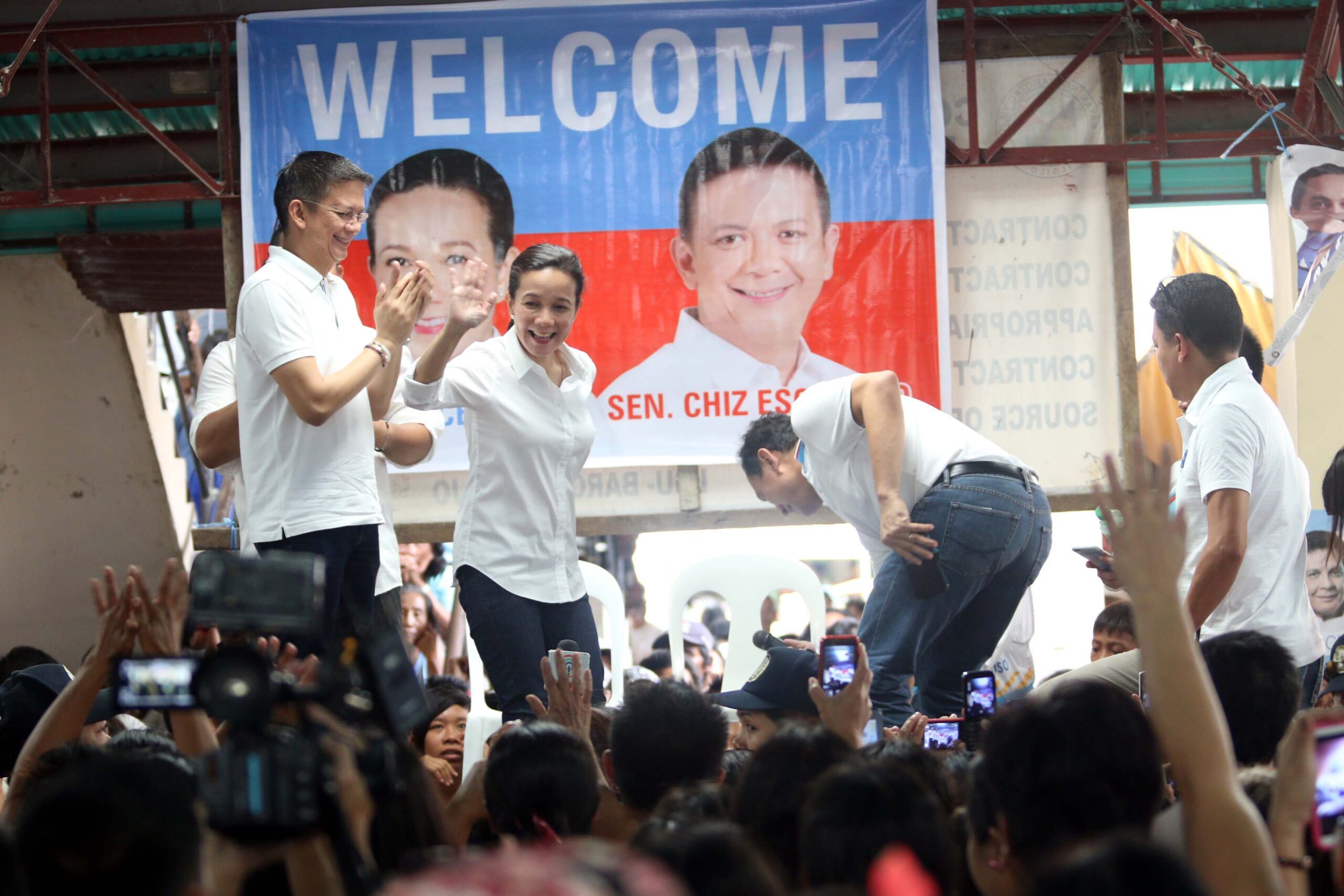 MANILA, Philippines – Presidential bet Grace Poe revealed the owners of the private planes that she and running mate Francis Escudero are using in their nationwide sorties, saying that President Benigno Aquino III also uses these aircraft.

Poe named conglomerate San Miguel Corporation and Helitrend Corporation as the companies lending them or renting out private planes for their national campaign.

She reiterated that all companies and individuals providing them private planes and choppers would be indicated in their Statement of Contributions and Expenditures (SOCE).

(There are different companies, other aircraft we rent from Helitrend. That’s their business and it’s not just us who borrow from them. Many people borrow from them. They will be identified in our SOCE. The other company that lends us is San Miguel Corporation. If there are other names, we will put them in our SOCE. Those are the sure two companies where we borrow aircraft from.)

Poe earlier refused to name who owns her campaign planes, saying the declarations will be made after the elections. Vice President Jejomar Binay, another presidential bet, also said he would reveal the owners of the planes and choppers he uses after the elections.

Their rival Manuel Roxas II had challenged other candidates to reveal the owners of the planes they are using in the campaign after candidate Rodrigo Duterte said Roxas borrows from mining companies whose interests the administration bet is protecting.

Poe’s husband Teodoro “Neil” Llamanzares has worked as an executive in San Miguel since 2006, the same year he returned to the country from the United States. (READ: TIMELINE: Grace Poe’s citizenship, residency)

According to his LinkedIn profile, which has since been deleted, he is a “Special Consultant to the Chief Executive Adviser of San Miguel Corporation’s telecommunications group for IT related initiatives.”

Poe, however, pointed out that these companies also lend their aircraft to other politicians, including President Benigno Aquino III.

(The company that lend us planes, they also lend to other politicians. You can ask them about it. Even our President, if he is in need, he borrows from them and those things are also declared.)

A highly placed source in Poe’s camp identified two more big businessmen – one of them also close to President Aquino – who are lending their aircraft to the presidential bet. – Rappler.com